In 2017, Emily Talbot, now chief curator, organized the illuminating exhibition Taking Shape: Degas as Sculptor, which explored the impulsive and instinctual nature of Edgar Degas’s artistic practice. Focusing on the Museum’s collection of modèles, the first and only set of bronzes cast from the artist’s original wax and clay statuettes, Taking Shape considered the affinities among sculpting, painting and drawing in Degas’s oeuvre. For the exhibition, Talbot wrote and recorded four audio stops that delved further into Degas’s work, and we are very pleased to transform her narration into a series of new videos. We hope you can take some time to learn more about this prodigious artist’s methods of creating, and in many cases recreating, his works of art. | WATCH

The Hindu goddess Durga was created when the male gods were unable to defeat the buffalo demon, Mahishasura. The gods gave her all their weapons to use in the long and difficult battle, and Durga emerged victorious. Durga holds her attributes in her multiple arms and stands powerfully on a lotus supported by two lions (her animal mount/vehicle) with two female attendants by her side.⁣ Inspired by Durga, practice this resilience meditation. | MEDITATE
Art-Making Activity: Mindful Moments
We are so grateful for the wonderful feedback we’ve received about our meditative moments series. This week’s art-making activity invites you to make a mason jar snow globe with a self-portrait and colored sand to serve as a reminder that, even when our thoughts get stirred with negative feelings, this is temporary, and they will eventually settle. | MAKE 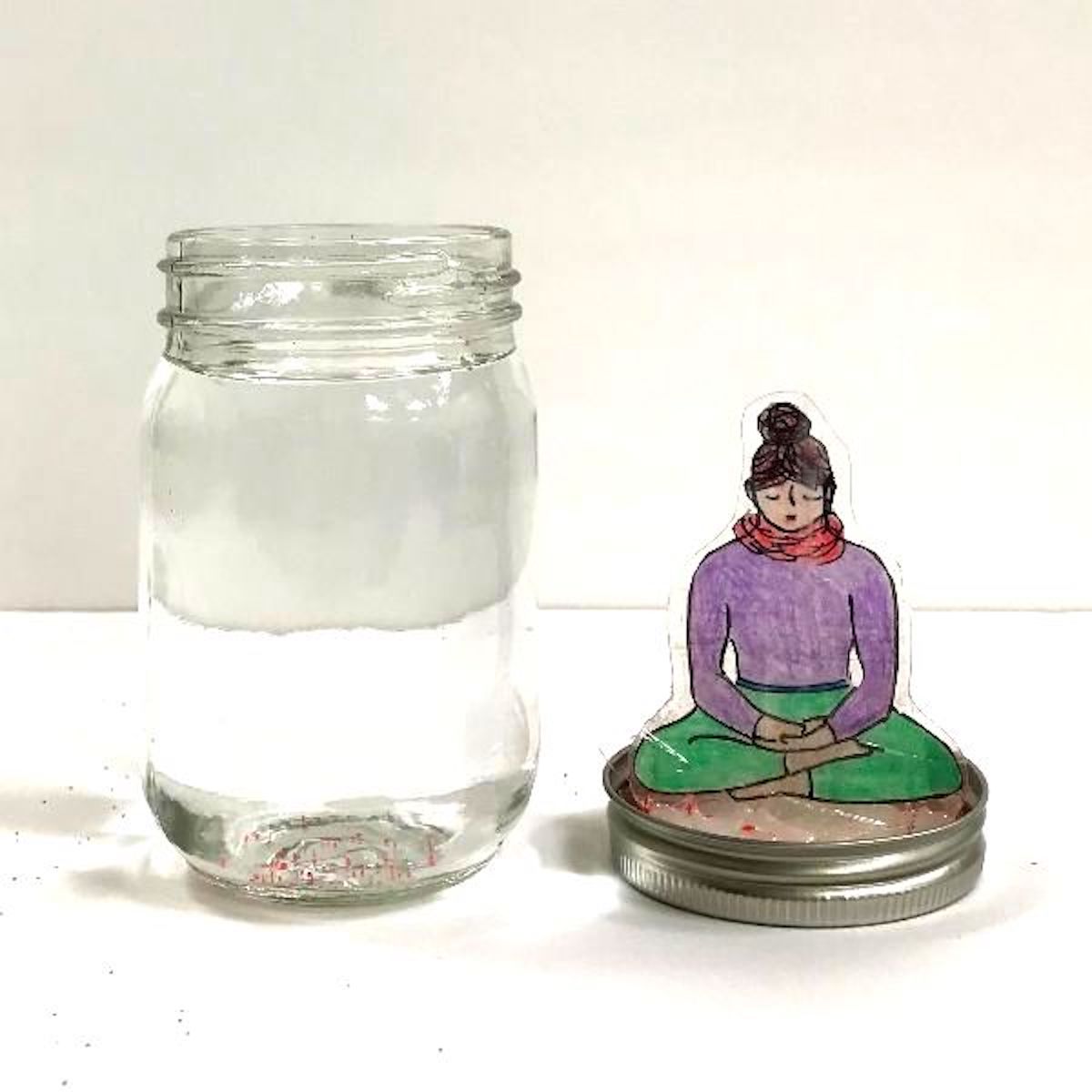 What We’re Watching: From our Friends
Chief Curator Emily Talbot writes, “One of the exhibitions I am most looking forward to seeing, Félix Fénéon: The Anarchist and the Avant-Garde—From Signac to Matisse and Beyond, was in the process of being installed when MoMA closed to the public in March. Since then, I’ve admired the swiftness with which the museum pivoted to make information about their exhibitions and other programs available digitally. This conversation between the exhibition’s curator, Starr Figura, and MoMA Director Glenn Lowry offers an overview of the exhibition as well as a candid discussion of a complex (and controversial) figure in turn-of-the-century Paris: the art dealer, collector and anarchist Félix Fénéon.” | WATCH
Drawing Challenge: Color
This week’s drawing challenge, color, is inspired by Van Gogh’s Portrait of a Peasant (Patience Escalier) from 1888. The dazzling and vivid colors make this portrait one of the artist’s most daring coloristic experiments to date. Share your creation using #NortonSimon or email us at events@nortonsimon.org. | DRAW