Yasmeen Al-Mazeedi is currently teaching violin and voice on Wednesdays at Green Brooms Music Adacemy. Yasmeen began her studies of violin at the age of six under the instruction of Fudeko Takahashi at the New England Conservatory. She has performed all over the world, particularly in Germany, Italy, England, Austria, and the Czech Republic as well as in the U.S. in revered venues such as Carnegie Hall, Symphony Hall, Royce Hall, and Tanglewood.

In 2013 Yasmeen won the UCLA All-Star Competition and performed as a soloist alongside the UCLA Philharmonia. She has since branched out in a variety of genres: in 2013 she opened the American Music Awards under a Coca Cola sponsorship, and has worked with successful famous musicians, including Jason DeRulo, Hans Zimmer, Karmin, Melissa Etheridge, and works regularly with successful YouTube stars Sam Tsui and Kurt Hugo Schneider.

Yasmeen sees music as a vehicle allowing individuals to feel their own emotions and convey them to others in a new form of speech. She not only teaches her students how to play, but how to perform on the instrument. This includes evoking passion, building stage presence, understanding the history of the music, and ultimately being able to convey emotions. She also puts a heavy emphasis on technicality. She prides herself on keeping a positive attitude throughout lessons while maintaining professionalism and likes to build her students up with hope and encouragement, not criticism and sternness. 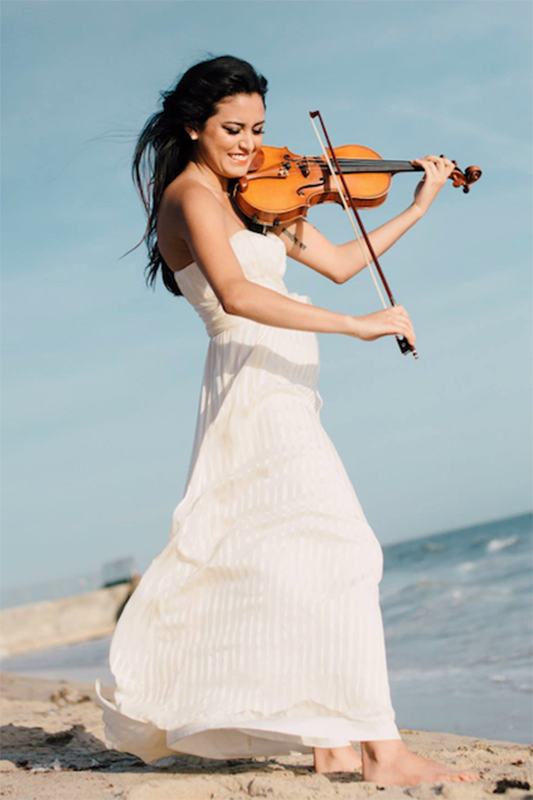