South Pasadena Mom, pastry chef extraordinaire and winner of Spring Baking Championship, Jane Soudah, has come out with her first cookbook called Delightful Desserts. We sat down with Jane to talk about her busy life as a pastry chef and her recent book launch soiree in South Pasadena. 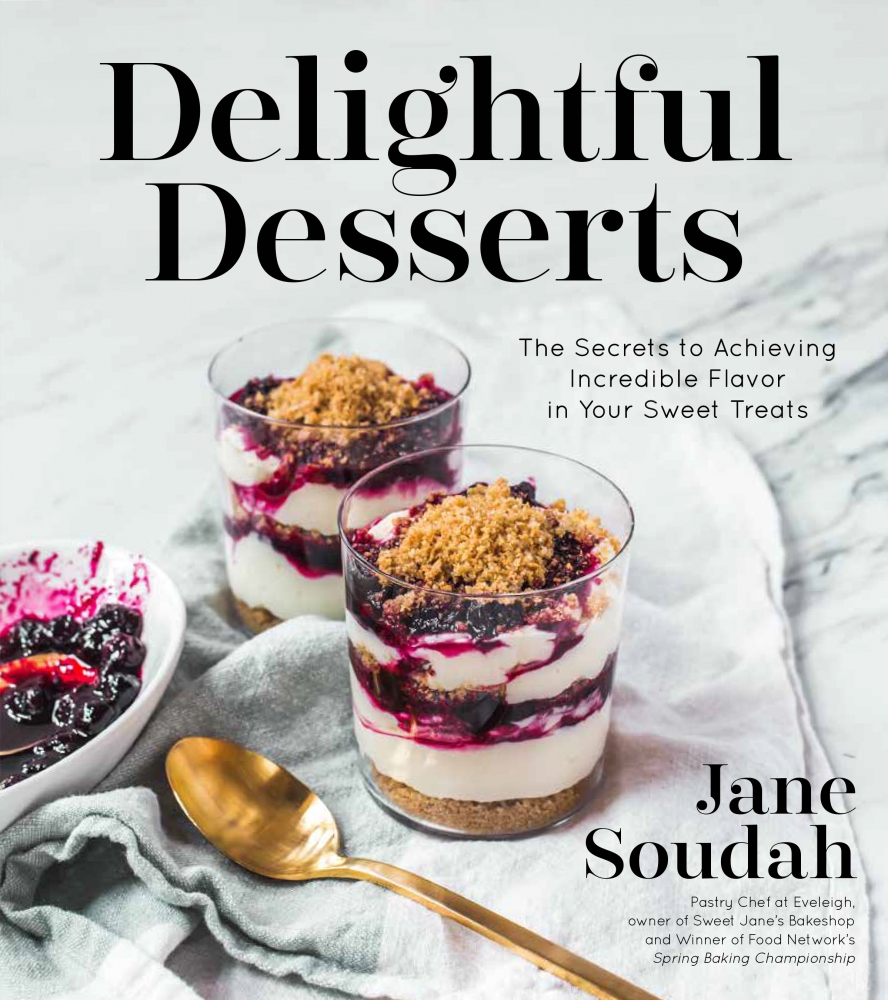 A South Pasadenan for ten years, Soudah hails from Seattle, Washington and from the time she was 9 years old, she loved to bake. Beginning with cookies and moving on to making dinner for her family, Soudah says “baking has always been my passion.” She became an entrepreneur in fifth grade when she started selling her cookies, cakes and cheesecakes to local families, friends and teachers. By this time her family had moved to London where she continued to hone her baking skills and then moved back to Seattle her senior year. She graduated from Cornell University with a degree in food science, followed by a masters in food safety and began a career at the food and drug administration.

Although she took a detour from her baking career Soudah says, “I think having been a scientist compliments my baking because I think being very precise with measurements and detail oriented makes me a better baker.” She never stopped baking of course and her baked goods only became more coveted and well-known.

Originally coming to Southern California in 2000, she moved to South Pasadena, like so many others, for the schools for her two(!) sets of twins. Jemma, Madeleine, Gavin and Nicky who all attend Marengo Elementary. During this time, a friend brought her famous cookies to the chef at Eveleigh restaurant in West Hollywood, who eventually asked her to come be his pastry chef. It’s been a wonderful job for this mother of four because she works 2-3 days a week, usually Monday, Thursday & Sunday. Simultaneously she launched her online bakery Sweet Jane’s Bakeshop.

In the summer of 2015, Soudah was approached by the Food Network to compete on their Spring Baking Championship. She went through the casting process on a lark, ended up getting chosen for the 2016 show and says, “I just didn’t want to be the first person sent home!” She wasn’t. And then she ended up winning! Soon after the show, a publisher came knocking and asked her to do a cookbook and she spent several months writing and testing recipes and Delightful Desserts was born. Fun fact; photographer Allie Lehman actually made every recipe she photographed for the book, something Soudah is proud of.  She says “Allie and her team were able to follow the recipes and they all turned out beautifully! I love that because it lets people know that these recipes are do-able. I wanted to do a cookbook that people could actually do; that people who maybe have never baked before can make these and be excited by the flavors.”

For Soudah flavor is everything. “My pet peeve is when you take a bite of a dessert and all you taste is sweet” she says, “my desserts are full of flavor and they sometimes border on the salty/sweet/savory. I use ingredients that are sometimes surprising in desserts to create a really awesome flavored dessert that’s not too sweet.”

Recently friends Aman Thind, Amy Jones and Danielle Ashton threw Soudah a book launch party here in South Pasadena to celebrate Delightful Desserts. “Aman had it at her home, Danielle did the decorations, Amy did the flowers and I made the desserts” she explains, “it really was so special that these dear friends of mine ran with this and did this for me. It was just a beautiful party with people coming and being excited for me; bringing their copies of books to sign and then buying more to give as gifts. It was a really lovely night.”

Watch this space for some of Jane Soudah’s dessert recipes. You’ll be the envy of everyone at your next holiday party!