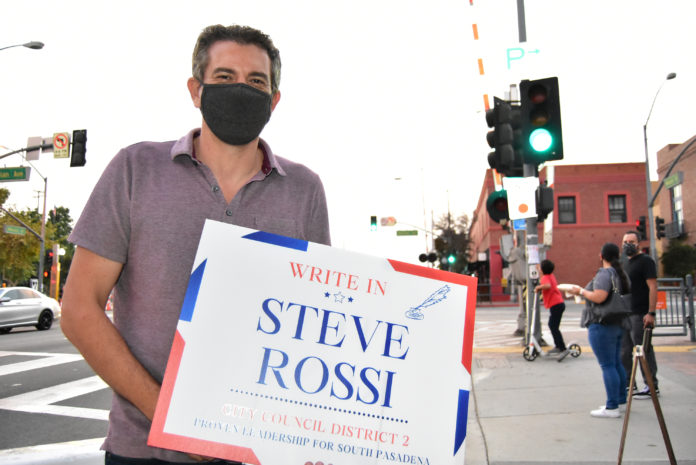 It has come to my attention that three candidates for City Council are sharing the same campaign backers and working together to help each other get elected. Those candidates are Bob Joe, Jack Donovan, and Jon Primuth.

I’m troubled by this.

Hopefully, we are coming out of a very dark period in our city’s political history with the removal of City Manager DeWolfe and the resignation of Councilmember Khubesrian. But this alliance between three candidates troubles me greatly. They’re already forming alliances and they’re not even on the Council? We’ve seen how bad for the city alliances can be, with the recent “Squad.” It also seems that one of the purposes of this alliance is to keep Interim Councilmember Steve Rossi off the Council.

Steve Rossi is the most effective change agent of anyone on the Council or anyone else running for Council. It was Rossi who found irregularities in the budget that led in part to the departure of Khubesrian, DeWolfe, and Finance Director, Aceves. It was Rossi who initiated the Finance AdHoc Committee that has already pushed to review budget and purchasing policy irregularities that took place under the former City Manager. It was Rossi who contacted the highly qualified and well-liked former City Manager Sean Joyce, whom the Council subsequently hired as Interim City Manager. Bob Joe is trying to take credit for that, but it was Rossi who took the initiative and insisted Joyce be included among the applicants for the role.

When voting, ask yourselves why these three candidates, if they actually wanted real change in the way things have been going, would join in an alliance in part designed to keep the most effective change agent off the Council. I’m very concerned that if this alliance succeeds, we can look forward to more of the same kind of ill-managed city government we’ve had for the last three years.

If you live in District 2 and you want to see real change in the city, write in Steve Rossi.

The SouthPasadenan.com News provides thousands of online stories and advertisements. Editors and or submitted content will sometimes provide hyperlinks to external websites for the convenience and clarity for our readers. The South Pasadenan News does not control any of the content of these external websites, and does not assume and is not responsible for any liability whatsoever for the linking to any of these linked external websites. Hyperlinks to external sites by The South Pasadenan News should not be considered an endorsement of submitted content, the external sites and/or their operators, nor is it an endorsement or guarantee of any of the information provided on these sites. Questions related to information found on linked external sites is for informational purposes, and it’s up to the reader to do their own research on any given topic.

The South Pasadena News does its best to be useful and accurate with the information we have. If there is an inaccuracy or error, email us: Media@SouthPasadenan.com.  If you have a different opinion than what was published, submit a letter to the editor.