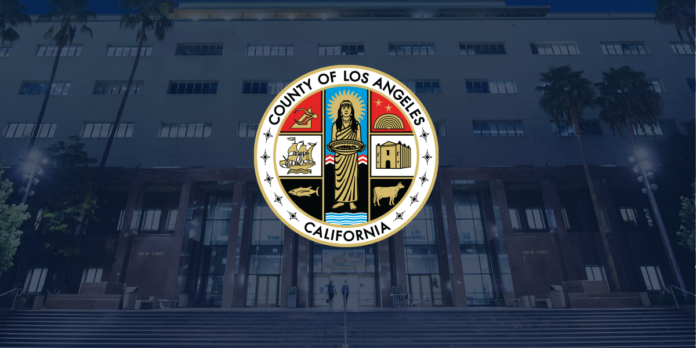 The 2021 Suicide Prevention Report to the Community includes information about local suicide prevention efforts, information on help-seeking, available supports and crisis resources, as well as data on suicide deaths and attempts. Data highlights of the report include:

The report also includes information regarding L.A. County’s suicide prevention efforts, including LACDMH’s WE RISE Initiative that encourages wellbeing through creative expression and community engagement at virtual and hyperlocal experiences throughout the County. In 2021, WE RISE’s digital programming and physically distanced in-person events have reached more than 7 million people. Additionally, LACDMH, Didi Hirsch and the Teen Line have trained more than 35,000 people in suicide prevention skills from 2019 to 2021.

“The slight decline in suicide attempts and deaths reported since 2019 is encouraging news, but we all still have so much work to do to prevent suicides and support those who have lost a loved one to suicide,” said Jonathan E. Sherin, M.D., Ph.D., Director of Mental Health. “The COVID-19 pandemic and our recovery presents tremendous mental health challenges and stressors and compels us all to go above and beyond to collectively help our neighbors and take care of one another. Our department remains fully engaged with the L.A. County Suicide Prevention Network and other partners to promote the wellbeing and resilience of our residents and communities, as well as raise awareness of available resources to those who are struggling with thoughts of suicide or know someone who is suffering.”

“The Department of Public Health is proud to be a partner of the L.A. County Suicide Prevention Network and all of the important work they lead and carry out across L.A. County,” said Barbara Ferrer, Ph.D, M.P.H., M.Ed., Director of Public Health. “The statistics are distressing. Each year since 2009, tragically, more Los Angeles County residents have died from suicide than homicide. This is a call to action. With the trauma, devastation, illness and isolation associated with the pandemic, the need to support each other and have available services for those struggling is more important than ever.”

In addition to issuing the 2021 Report, LASPN is also furthering suicide prevention efforts by hosting the 11th Annual Suicide Prevention Summit. Taking place virtually over five days throughout September, this free event series will share diverse perspectives, key insights and evidence-based best practices to reinforce our shared goals of saving lives, supporting suicide attempt survivors and helping those who have lost a loved one to suicide. This year’s summit theme is “Re-Envisioning The Journey Together,” and the sessions will focus on developing resilience, connection, intersectional allyship and cultural humility to prevent suicide and to promote healing.

“The Los Angeles Suicide Prevention Network is proud of the partnerships we have developed and cultivated for this summit and other suicide prevention activities throughout the year. Suicide is a complex problem that requires all of us to be bold enough to ask questions, discuss the issues and develop solutions,” said Tracie Andrews, L.C.S.W., Mental Health Clinical Supervisor and Co-Chair of LASPN. “We don’t have to know everything to be helpful to someone and play a role in suicide prevention, and we encourage everyone to join us in this ongoing effort.”