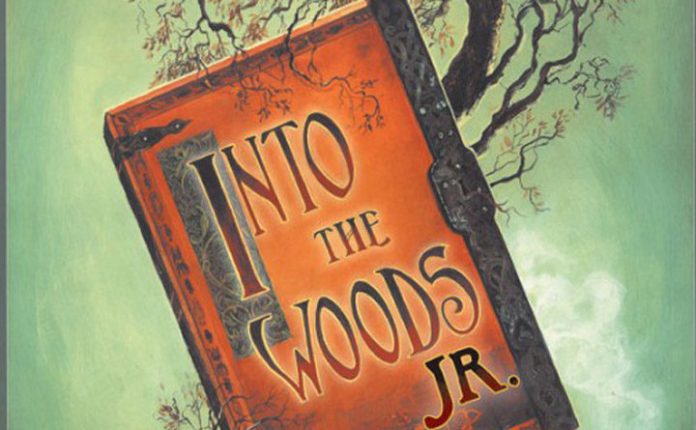 UPDATE! Next Audition Day Monday March 12 5pm-7pm. See how to sign up below.

Young Stars Theatre, the resident youth company at Fremont Centre Theatre, is now holding auditions for the spring production of Into The Woods Jr., an engaging and funny musical comedy that twists familiar fairy tales into a brand new story. There are dozens of roles for young thespians and aspiring thespians ages 6-18. Read more about YST here and see more of their work here. Below find the breakdown for the auditions. Break a leg!

Auditions will be held in a 2 hour workshop where each auditioner will get to sing, dance, and read from sides in consideration for that show’s full production workshop.

ALL auditioners will pay a $75 deposit.  This deposit is non-refundable except under the conditions listed under “After the audition” below.

Workshop style auditions – the actor will stay the entire time

If you are interested in auditioning but are not available for this date and time, after you register, we will send you instructions on how to self tape.

Please check your availability against the schedule below before requesting a time slot!
One absence will be considered for casting, 2 or more makes it a very slim chance that you would be offered a role in the workshop.

1) If you are invited into the workshop CONGRATULATIONS!  At that time – the remainder of tuition, $150, will be due.

2) If you are not cast and invited into the workshop you will be refunded the $75 deposit and we encourage you to audition again in the future.

3) If you are offered a role that you stated on your audition form that you would accept, but then choose not to participate, your audition deposit is non-refundable as we will use that for the time and resources we will need to use to recast the role.

Production Dates – Weekends May 4 thru 27

To register, click the link below and pay the workshop deposit:

Once that is paid, just send us an email at yst@musicandtheatre.com to request your audition date and time, and we will send you a confirmation email with sides and all of the information you need to have a wonderful audition.

Can my friends and siblings audition?

What ages are you looking to cast?

What is this show about?

Into the Woods JR. is an engaging and funny musical comedy that twists familiar fairy tales into a brand new story

What roles are available?

Remember, since we are casting ages 5-18, we like to play with age relationships and use creative casting to fill the roles in the best way possible for our production!

Cinderella is a simple peasant girl whose one wish is to go to the Festival. Unfortunately, when her wish comes true she learns that wishes sometimes come with consequences. Cinderella’s inner beauty always shines through her sometimes clumsy and awkward exterior.

Jack is an energetic young man who is always looking for an adventure. He begins this show as a simple little boy (his best friend is a cow), but by the end of the show he learns a few valuable lessons.

Raising a son and running a farm all by herself has made Jack’s Mother a bit frazzled and most definitely overworked.

The Baker is a good-hearted, likeable person who believes he can take on the Witch’s curse all by himself. At first, this confidence and his desire to have a child drives him, but he soon learns he needs his wife’s help to accomplish the goal.

The Baker’s Wife is a strong, determined and loving woman whose desire to have a child drives the action of the whole show.

Little Red starts the show as a loud, bratty, pushy, glutton who happily manipulates people and situations to get her way. Eventually, she learns some valuable lessons and softens around the edges.

The Witch is an ancient, mysterious and manipulative woman who will do anything possible to regain her beauty and protect Rapunzel. While she may seem old and haggard, she still has the strength to control other people.

Cinderella’s Prince is a conceited man who adamantly pursues Cinderella and can’t take no for an answer. When not chasing her, he is trying to show up Rapunzel’s Prince.

Cinderella’s Stepmother is a mean, evil woman who only cares about her birth children, daughters Florinda and Lucinda.

Cinderella’s Stepsisters are spoiled brats who care only about themselves and marrying Cinderella’s Prince.

Cinderella’s Father will not win any Father-of-the-Year awards. He doesn’t care about his daughter’s well-being or her actions.

Rapunzel has been stuck in a tower for the majority of her life. Finally, she stands up to the Witch in order to get out to see the world.

Rapunzel’s Prince is the pompous and arrogant brother of Cinderella’s Prince. Sibling rivalry runs rampant between the brothers, including each brother’s belief that his lady love is the most beautiful.

Just like the name suggests, this is one mysterious man. Everything he does is to help the Baker, but he does not explain his motives until the last moment.

The Wolf is a sly and dangerous character intently focused on attacking Little Red Riding Hood.

Granny is a feisty woman who is not afraid to fight the Wolf face to face.