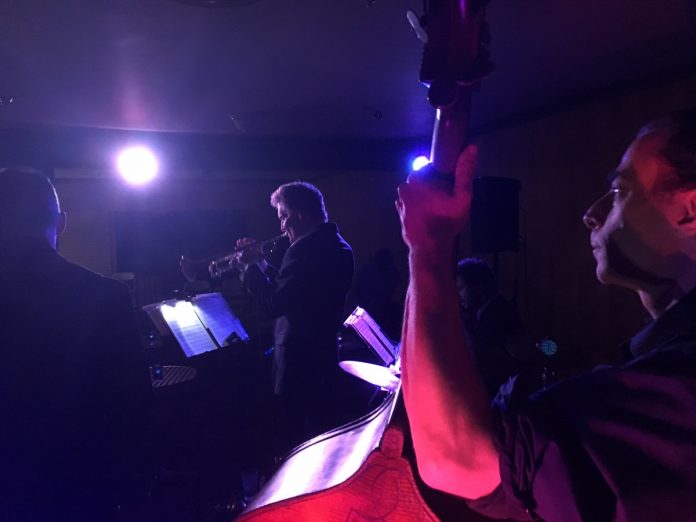 Inspired by 60’s “Blue Note” style jazz, as well as by the music of Tito Puente and Mongo Santamaria, the Elliott Caine Quintet play original compositions as well as the works of Lee Morgan, Hank Mobley, and Donald Byrd among others. Latin Beat Magazine describes Elliott as “one of the West Coast’s finest trumpeters.” Cadence Magazine describes him as “a fire-breathing trumpeter in the lineage of Freddie Hubbard and Lee Morgan.” Elliott has performed and/or recorded with Teddy Edwards, Barbara Morrison, Wyclef Jean, Beck, The Beastie Boys, and numerous others. His original compositions have been heard on programs including The Oprah Winfrey Show and Late Night with David Letterman. The band consists of Elliott Caine on trumpet, Scott Gilman on tenor sax, Rick Olson on piano, Bill Markus on bass, and Kenny Elliott on drums.
The Blue Guitar room is located at Arroyo Seco Golf Course, 1055 Lohman Lane, South Pasadena, CA. Adjacent to the Blue Guitar is the Arroyo Seco Grill which has food, wine, and full bar. You can bring your own bottle for a $10 corkage fee. Doors open 30 minutes prior to showtime. The restaurant is open until 8:30pm. Tickets 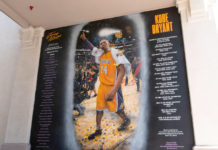 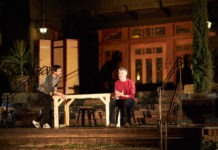 Next To Normal | Lineage at The Gamble House 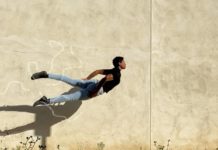 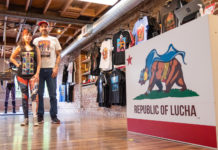 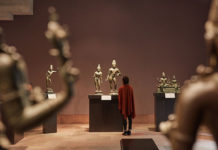 Norton Simon Museum From Home | Physical Reopening in May, A Year of Meditative Moments 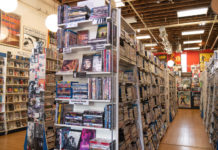