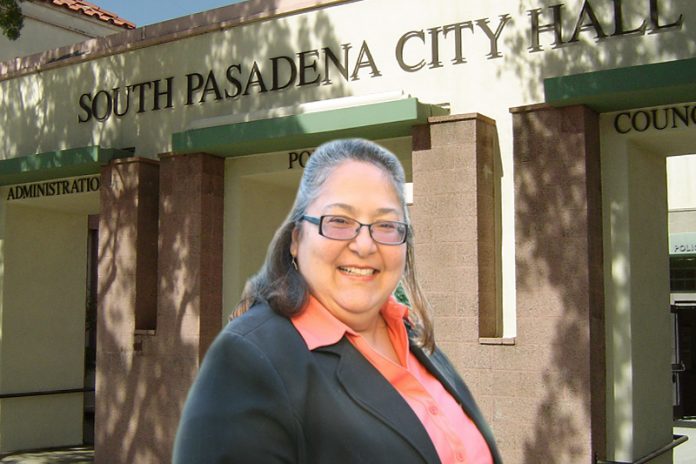 Now that she’s officially retired, Elaine Aguilar is looking forward to hitting the road in her quest to visit every state in the country.

Aguilar, who said goodbye on Thursday as South Pasadena’s interim city manager, will soon join her husband as they plan to see America up close and personal.

The couple’s first stop will be the East Coast “to see the fall colors,” noted Aguilar, who departs South Pasadena with plenty of fanfare for the solid job she has done the past six months as a search was underway for her permanent replacement.

“It will take some time to see every state, but we’re looking forward to checking them off,” said Aguilar, a former city manager in Sierra Madre, who came on board in May following the departure of Sergio Gonzalez, who served the City of South Pasadena for 14 years, the past five as city manager.

“The time has gone so quickly, because it’s such a busy city with so much going on,” said Aguilar, who will be replaced on Monday by Stephanie DeWolfe, who has served as the deputy city manager for the City of West Hollywood the past five years. “I have truly enjoyed working with the City Council. They’re an amazing group. Each one is truly doing what they do for all the right reasons. They love South Pasadena and give so much of themselves to the city.”

Aguilar also spoke highly of the city staff, business owners and residents “who have been so welcoming,” she said. “It has really been a pleasure to meet so many wonderful people.”

Admittedly, the departing interim city manager said she was “sad” about saying good-bye to city government after 30 years Yet, “kind of happy, too,” to retire and spend more time with her family, grandchildren and enjoy her hobbies, catch up on her reading and, of course, hit the road – literally. “I can’t wait to see what my next adventure is going to be,” she said.

“The council really appreciated your service,” said Councilmember Dr. Richard Schneider. “It was a great honor having you here.”

Aguilar stepped in to serve the city when she had already planned to retire after serving as Sierra Madre’s city manager for 10 years.

“We hope you enjoy your retirement,” said South Pas Mayor Michael Cacciotti. “You deserve it and we appreciate what you have done for our community.”

DeWolfe, who accepted the city manager position in September, said she is “thrilled” to be given the opportunity to work for the City of South Pasadena. In addition to working for the City of West Hollywood, she has experience as a planning director for the City of Pasadena.

She stressed that serving as South Pasadena’s newest city manager is the “right fit” in her city government career.