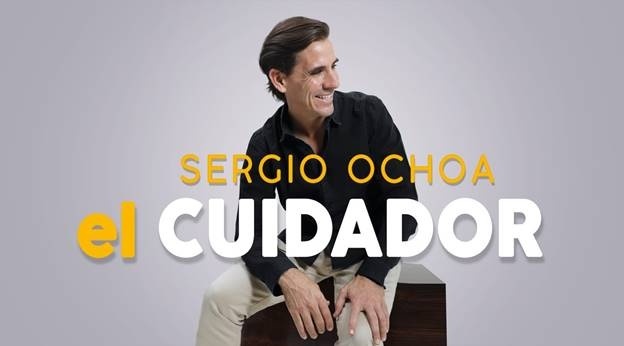 Ochoa’s fast paced one-man show is both a personal memoir and a tribute to his glamorous mother.  By turns tender and hilarious, Sergio Ochoa reminisces about his early life and relationship with his mother, famed Mexican comic actress, Leonorilda Ochoa.  Through memories of his mother’s remarkable career, deft portraits of their friends and family, an hilarious account of his commercial audition to be Mexico’s most passionate lunch meat pitchman, and other stories – Ochoa reveals their journey. Following her diagnosis of early onset Alzheimer’s, Sergio becomes Leonorilda’s caretaker, and his growing career and professional success runs parallel to his mother’s inevitable decline.

Since its Spanish language debut in Mexico City in 2016, El Cuidador has been performed throughout Mexico to great acclaim. The details are unique, but the themes of family, love, regret and the bittersweet ache of memory are universal to every audience member. Well known to Spanish language television audiences, Sergio Ochoa currently stars as Bartolome in the hit comedy Simon Dicé, now in its second season, broadcast on Univision in the U.S.

Tickets currently priced at $30 (includes venue parking) and are available online at https://www.eventbrite.com/e/el-cuidador-tickets-68705274325, or at the box office.