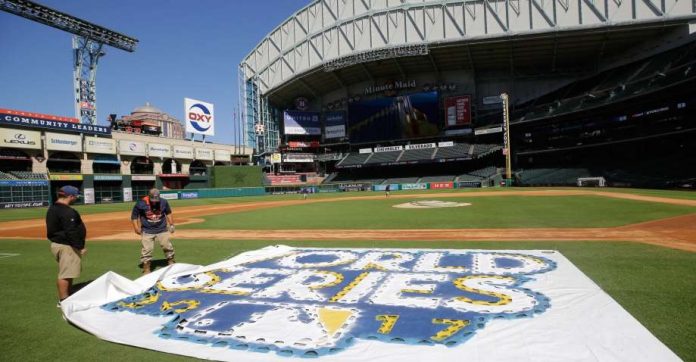 Following a wild night on Wednesday at Dodger Stadium, Game 3 of the World Series, featuring the best two teams in baseball, shifts to Houston.

Tonight’s 5:20 start will put the Dodgers’ Yu Darvish on the mound against the Astros’ Lance McCullers. The series is tied 1-1.

Los Angeles will be facing a team that has not lost a postseason game at home in Minute Maid Park. The Astros are 6-0, looking for their seventh straight in the stadium nicknamed “The Juice Box.”

Homers have been a big part of the World Series as 11 have been hit in the first two games.

Houston bats overpowered Dodger pitching in Game 2, the Astros doing most of their damage after the seventh inning.

“It was an emotional roller coaster,” said Dodgers’ Manager Dave Roberts after Game 2. “Obviously, there were some big hits, big homers. The focus was there. Guys were playing hard on both sides. Unfortunately, we came up short.”