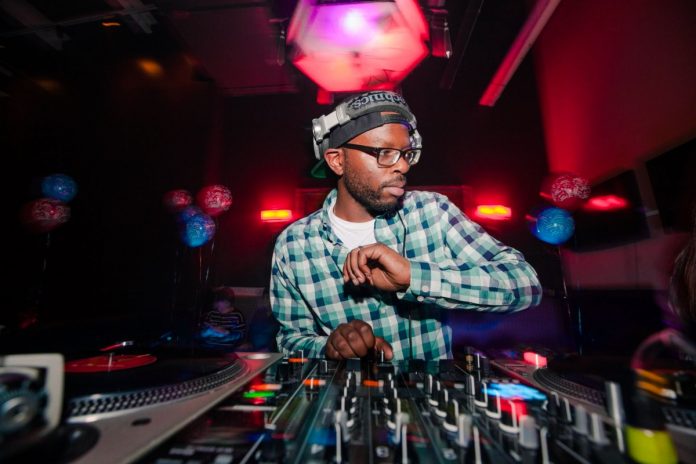 The South Pasadena Arts Council’s Kickoff to Summer Dance Party for adults, with entertainment by headliner DJ Black Rabbit, dancing, a buffet dinner and drinks, and a raffle will be held at the War Memorial Building in South Pasadena on Saturday, June 16, from 6:30 to 10 p.m.

During the evening, popular DJ Black Rabbit, aka Ray Brown, will be spinning a wide mix of music synched to video projections.

“We’re going to do something a little different,” Brown said. He plans to provide a mix of funk, soul, rock classics from different decades while “video DJ-ing”: projecting the original music video associated with a song, or a version with custom edits, “related to what’s going on in the song. It’ll add another dimension to the party.”

DJ Black Rabbit’s first outing with SPARC was at its April 2017 fundraising event at Burke Triolo Studio in South Pasadena, where star singer/performance artist Lun*ah Menoh was followed by an impromptu dance party. “Everybody was dancing and nobody wanted to go home,” Brown said, laughing. “It was amazing. I thought, I definitely want to work with SPARC again, and I feel fortunate to be asked to come back for this event [at the War Memorial].”

“And to be able to bring the visual element into it with video as well is really cool,” Brown said. “I went to school for video and audio engineering, so this combines the worlds that I’m involved with into one performance. Anytime I get to do that, I love it. So I’m really pumped and excited about this.” 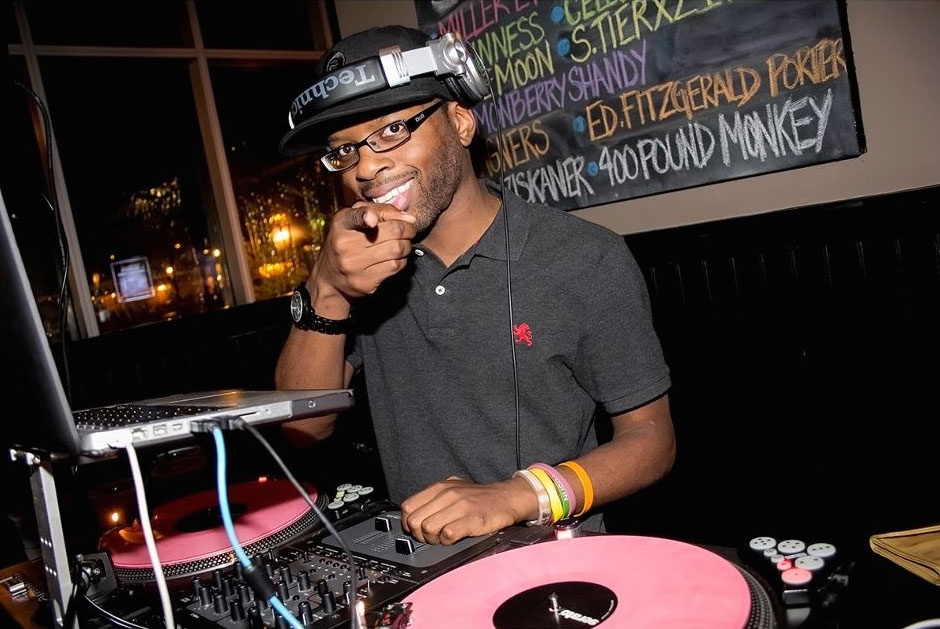 Brown DJ’d professionally in Philadelphia for several years before relocating to Los Angeles four years ago. From specializing in hip-hop, he developed a signature style of multiple musical genres and mixes for a wide range of venues and audiences.

“Hip-hop was my main basis for a lot of things growing up,” Brown said. “My dad and mom listened to classic jazz, R&B, Stevie, Michael and the classic type of stuff. And then I would hear those sounds in hip-hop music. I didn’t know what sampling was—I just knew, wait, that’s a Stevie Wonder song and they’re doing something else on top of it. That’s what kind of got me into it. Later, seeing DJs mixing other things with hip-hop in their sets opened my eyes to incorporating a lot of different sounds into my own sets.”

Brown works with both vinyl and a computer system with “a vinyl feel.” His regular gigs include Groove3, the Culver City-based, high-energy dance classes and he has an all-vinyl event coming up on June 8 at Amoeba Music in Hollywood.

The name DJ Black Rabbit is rooted in his basketball days in middle school, Brown said. “I couldn’t dunk, but I could touch the rim. I’m from Philly and when you can jump high, the nomenclature for that was you had ‘hops.’ That turned into people calling me Rabbit. When I starting DJ-ing, I just put “Black” in front of it and this whole cartoon image came to mind—and it just stuck.”

“This year marks 13 years that I’ve been DJ-ing,” Brown added. “It’s something I love to do and I’m blessed to be able to do what I love for a living.”

The event will also feature Cuba Swift, the Los Angeles-based singer/songwriter known for her mix of authentic Cuba salsa with hip-hop and reggaeton, who will present salsa and hip-hop demos, inviting attendees to join in and learn the steps.

Proceeds for the event will benefit SPARC’s public art, arts events, and educational and outreach arts programs. Tickets are $40 per adult or $75 per couple, and are available at the SPARC website, sopasartscouncil.org, or at the door. The War Memorial Building is located at 435 Fair Oaks Ave., South Pasadena, CA 91030. 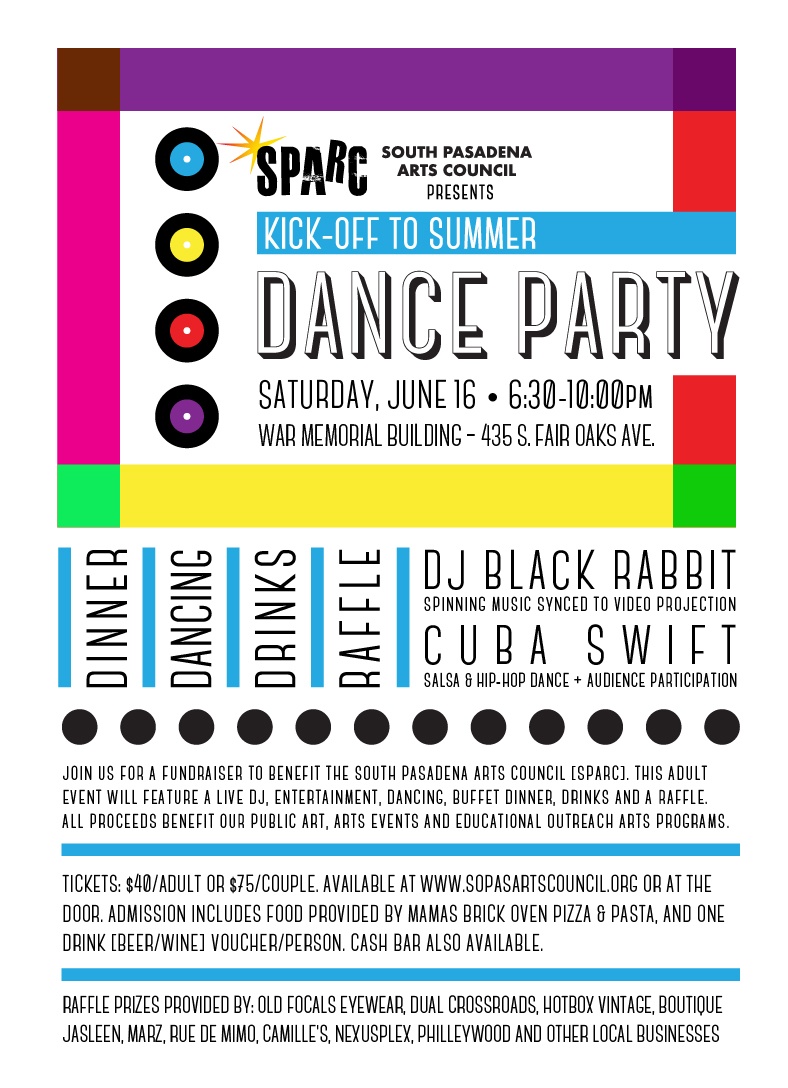