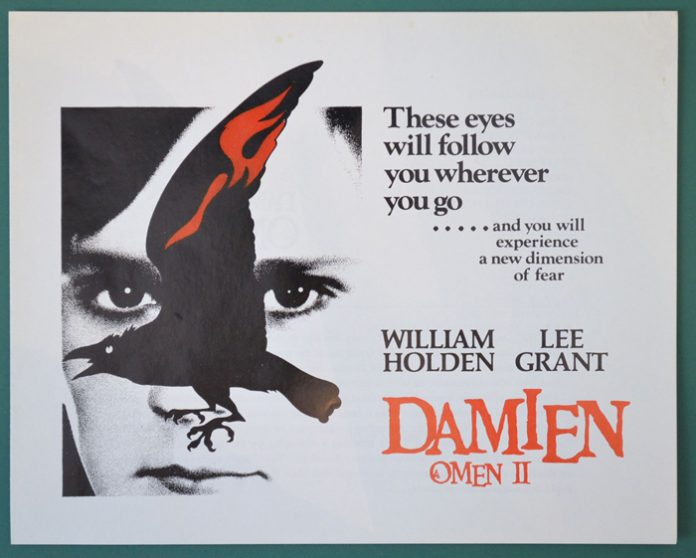 As a Halloween-time movie treat, “Damien: Omen II”, starring ‘South Pasadena’s own’ William Holden, will be screened in the Library Community Room on Thursday, October 26 at 7 p.m.  Actress Stefanie Powers will be on hand to introduce the film and deliver a personal tribute to Holden, who she lovingly remembers in her memoir “One from the Hart” which will be available for purchase at a signing table.  Besides William Holden, “Damien: Omen II” also stars Lee Grant, who won a Best Supporting Actress Academy Award for her role in “Shampoo” (1976). In 1953 William Holden won the Oscar for Best Actor for “Stalag 17,” and by 1956 he was the top box office male actor in the United States. 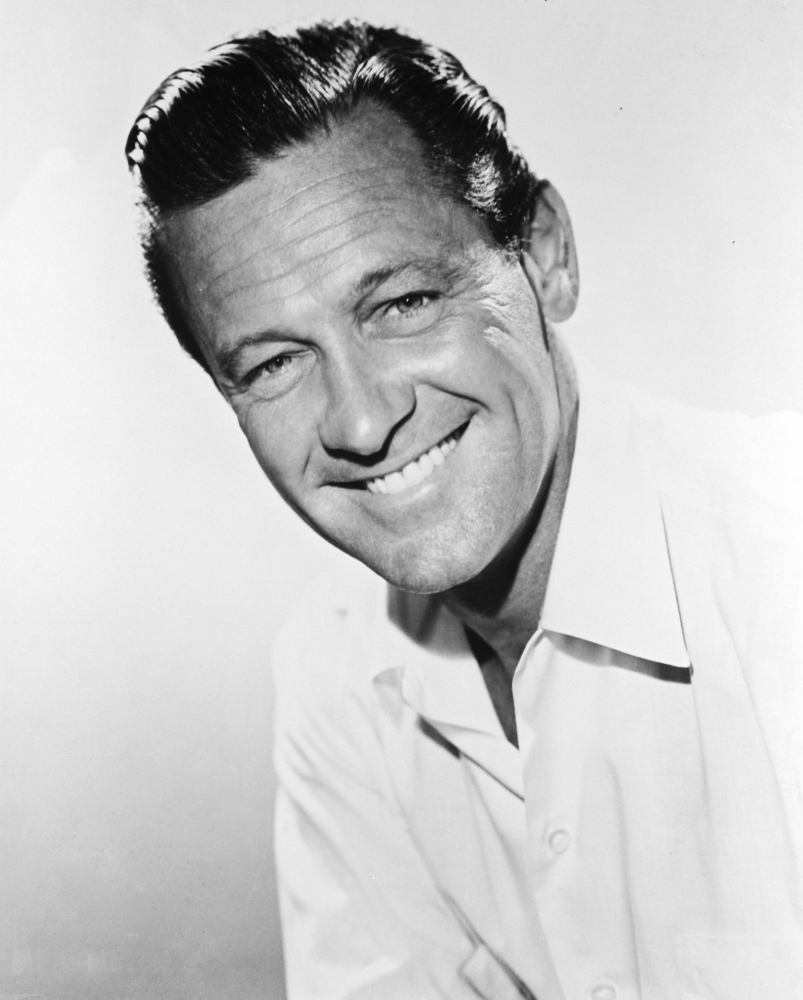 “Damien Omen II” (1978) is a popular supernatural horror follow-up to “ The Omen” (1976), a huge box office hit. As the sequel begins, a pair of anthropologists discover an ancient crypt that depicts the face of the son of the devil, a 6 year-old boy named Damien. The child has been orphaned from a wealthy industrialist’s family and adopted by his Uncle Richard (played by William Holden) and Aunt Ann (portrayed by Lee Grant).  After Richard and Ann are warned by the boy’s Aunt Marion that Damien is a malevolent influence on their same-aged son Mark, the aunt dies tragically while ravens loom overhead. The black birds are the harbingers of Damien executing his evil powers. The ravens continue to visit other characters who have gotten close to Damien and they all end up meeting tragic endings. As the list of victims gets longer, Uncle Richard begins to suspect the truth about Damien and plots his elimination. As one might suspect from the existence of the sequel, “Omen III: The Final Conflict” (1981), Damien and his evil deeds are not yet finished. 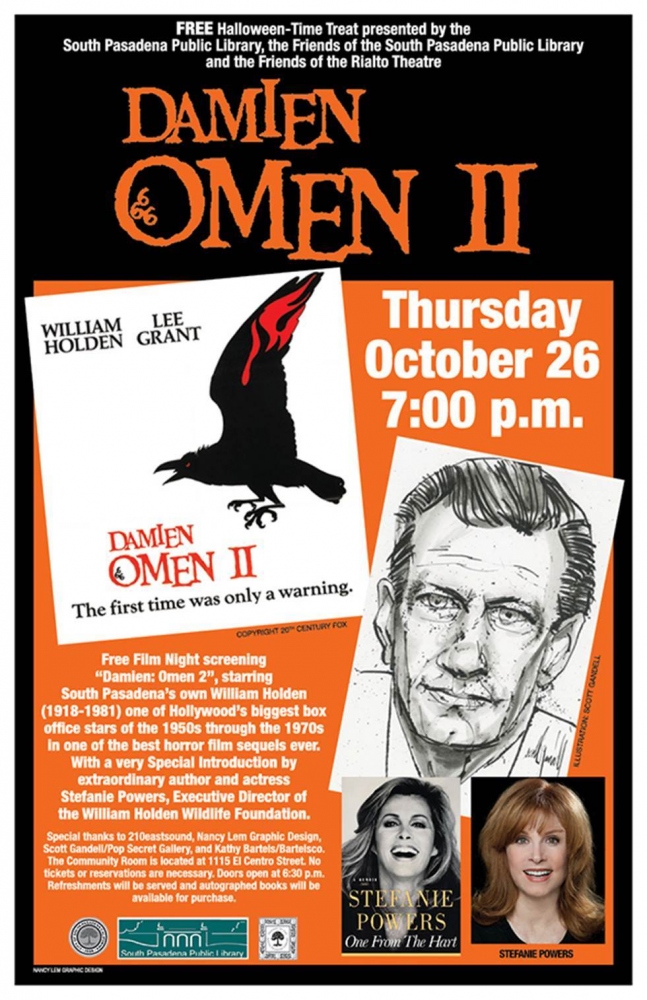 Stefanie Powers began her career at age 15. She has appeared in 31 motion pictures, co-starring with such screen legends as John Wayne, Lana Turner, Ava Gardner, Bing Crosby, Glenn Ford, and Sammy Davis, Jr.  Her first television series, “The Girl From U.N.C.L.E.,” marked a milestone as the first hour long TV series featuring a female in the leading role.  Her television career includes over 25 mini-series, over 200 episodic guest star appearances, 35 movies for television and two more television series, “Feather and Father” and the long running “Hart to Hart,” opposite Robert Wagner.

Stefanie is a member of the Screen Writers’ Guild and has produced several of her own plays. Stefanie is fluent in six languages and has also lent her support to many Internet projects, including “A Doctor in Your House”, and “Interactive Travel”. She has also worked on a series of PBS shows teaching women about finance called “Funding Your Dreams”. In 2015 Stefanie joined the cast of the musical “Gotta Dance” which appeared on Broadway in 2016. Stefanie is also devoted to animal protection and is founder and president of the William Holden Wildlife Foundation, established in 1982 to continue and further her long-time partner’s conservation work in East Africa after his death.  Stefanie resides part of each year in Kenya and has received numerous international awards for her grass roots work in conservation.

The beautiful, historic Community Room is located at 1115 El Centro Street.  Doors will open at 6:30 p.m. and no tickets or reservations are necessary. Refreshments will be served. Special thanks to Kathy Bartels, Friends of the Rialto Theatre, and 21eastsound. Free parking is available after noon at the Mission-Meridian Parking Garage located adjacent to the Gold Line Station at 805 Meridian Avenue.