City Hall will be open later on weekday evenings and closed Fridays under a new schedule set to take effect after the Labor Day holiday.

Most City departments are transitioning to a compressed work schedule in which employees will work 40 hours over four days instead of five. The changes may also help improve customer service, said City Manager Stephanie DeWolfe.

“Fridays tend to be slow in terms of foot traffic at City Hall, and we’ve had support from the public for expanding the weekday hours,” DeWolfe said. “We’ll be monitoring our front-counter activity for the next several months to see how it’s working.”

The compressed work schedule was adopted by the City Council last month as part of the negotiations with the City’s three labor unions. The schedule is being adopted by an increasing number of government agencies in an effort to improve employee morale, reduce air pollution by cutting the number of car trips, and save energy costs during Friday building closures. 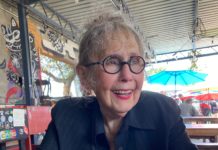