India had last been seen in the 1500 block of Bank St. near her home.  It’s still unknown if the the young woman was on foot or in a vehicle. 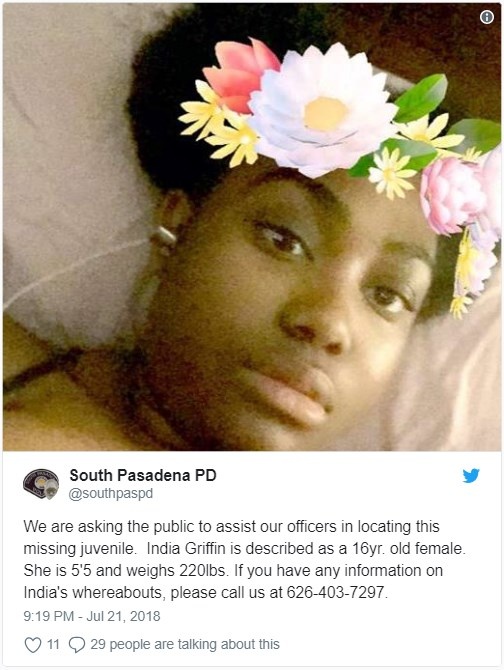 According to South Pasadena Police department as of Monday morning 11:00 am the 16-year old resident is still missing.