Thursday evening saw the dancers of South Pasadena High School’s dance department deliver a bold and powerful performance of their Winter Dance Concert, “Phenomenal Woman”.  It was the final product following a series of lectures discussing the importance of performance for social change with several pieces being choreographed by the students themselves as well as six pieces by director, Courtney Cheyne.

The show began with a video created by Rose McCollough highlighting inspirational women across the spectrum, marching, singing, dancing and making their voices heard. This led into Cheyne’s first few pieces consisting of women in heels, walking proudly, sometimes across chairs, at times holding hands, to music overlaid with speeches and interviews on women’s rights. Cheyne’s choreography was especially dynamic in “Proud Woman” that saw 24 young women dancing with various configurations of chairs.

There were beautiful and defiant solos, one by senior Claire Kucera, dancing on pointe, and one contemporary by Angela Zhang. Susan Rodriguez choreographed her own thrilling contemporary piece entitled “The Feminist Demurred” that was breathtaking in its precision and power.

“Suffragette’s” was a touching piece with six dancers on pointe in a contemporary ballet set to the lovely and moving solo violin of Kelsey Lih playing “Thais Meditation, Partita for Violin No. 2”.

“You Don’t Own Me” was a fun, girl-power piece choreographed and danced by Isabella Recendez and Noel Tessier while “HeForShe” saw the two male dancers in the troupe, Anders Keith and Jackson Monical, performing a Cheyne choreographed piece on men’s role in the feminist movement that was refreshing and well executed.

“Glass Ceiling” was a standout Cheyne piece with twelve dancers in suits, dancing, running, sliding and finally climbing to break through. Mia Dawson and Kayla Nielsen performed a fun, dynamic tap duet to Beyonce’s “Run The World” followed by the raucous Melinda Sullivan tap piece that closed the show, “What I Want” by the Spice Girls.

Closing out the show was a special video montage of the dancers themselves proclaiming their gratitude to the women in their lives who have shaped them which was followed by a special presentation by the SPHS Tiger Marching Band and Color Guard.

The sound and lighting design was beautifully created and executed by James Jontz and his crew including Kiera Atkinson, Sarah Sy and Veronica Lutz-Hibbard.

Get ready for their annual Spring Concert which is always a highlight of the year; an Alice in Wonderland theme was hinted at in the program and, knowing Cheyne, it promises to be a wildly, creative take on the world through the looking glass.

Progress Made on SPHS Athletic Facilities | Eyeing Deadline by August 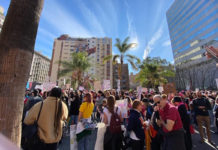 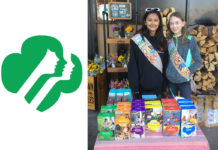 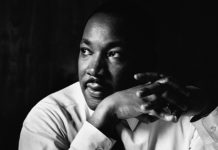 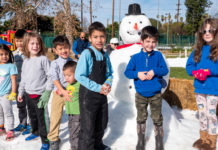 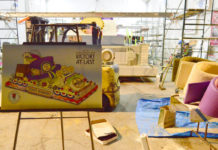