On Beckett will open at Center Theatre Group’s Kirk Douglas Theatre on Wednesday, September 18 at 8 p.m. Conceived and performed by Bill Irwin, “On Beckett” is currently in previews and continues through October 27, 2019. The creative team features scenic design by Charlie Corcoran, costume consultant Martha Hally, lighting design by Michael Gottlieb and sound design by M. Florian Staab. The production stage manager is Lora K. Powell. The role of the Boy is performed in rotating repertory by Carl Barber and Benjamin Taylor.

Bill Irwin is haunted by the work of Samuel Beckett – language he learned over years as a performer and now finds himself considering and reconsidering. In this intimate, 90 minute, engaging, funny and illuminating evening, Irwin explores his own personal “actor’s relationship” to the Nobel Prize-winning Irish writer, mining the physical and verbal talents acquired from his years as a master clown and Tony Award-winning actor. Irwin’s approach to the comic, the tragic, to every side of Beckett’s work – including “Waiting for Godot” and “Texts for Nothing” – offers the opportunity to experience Beckett’s language through the lens of a uniquely skilled performer.

Bill Irwin is a Tony-winning actor, director, writer and clown. His original works include “The Regard of Flight,” “Largely New York” (four Tony nominations), “Fool Moon” (co-created with David Shiner), “Old Hats” (co-created with David Shiner), “The Happiness Lecture” and others. He has starred in Broadway, off-Broadway and regional productions, including “The Iceman Cometh,” “Who’s Afraid of Virginia Woolf” (Tony for Best Actor in a Play – also at the Ahmanson Theatre), “The Goat, or Who is Sylvia” opposite Sally Field, “Waiting For Godot” with Nathan Lane (2009 for a Drama Desk Award nomination) and “Texts for Nothing.” Current television roles include Mr. Noodle of “Elmo’s World” and Cary Loudermilk of “Legion.” His film credits include “Rachel Getting Married,” “The Grinch Who Stole Christmas,” “Eight Men Out,” “Interstellar,” “Stepping Out” and others. Irwin was an original member of Kraken, a theatre company directed by Herbert Blau, and was also an original member of the Pickle Family Circus of San Francisco. Irwin has received MacArthur, Guggenheim, Fulbright and National Endowment for the Arts Choreographer’s Fellowships. This Irish Repertory Theatre production premiered at Irish Repertory Theatre in New York City on October 3, 2018. “On Beckett” was originally developed at the American Conservatory Theater (ACT) in San Francisco in consultation with Artistic Director Carey Perloff, and produced at the Strand Theater in January 2017. “On Beckett” was also workshopped at Vineyard Theatre and the Cornish College of the Arts in Seattle.

Center Theatre Group, one of the nation’s preeminent arts and cultural organizations, is Los Angeles’ leading nonprofit theatre company, which, under the leadership of Artistic Director Michael Ritchie, Managing Director Meghan Pressman and Producing Director Douglas C. Baker, programs seasons at the 736-seat Mark Taper Forum and 1600 to 2100seat Ahmanson Theatre at The Music Center in Downtown Los Angeles, and the 317-seat Kirk Douglas Theatre in Culver City. In addition to presenting and producing the broadest range of theatrical entertainment in the country, Center Theatre Group is one of the nation’s leading producers of ambitious new works through commissions and world premiere productions and a leader in interactive community engagement and education programs that reach across generations, demographics and circumstance to serve Los Angeles. 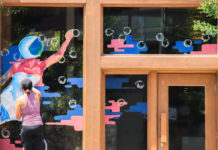 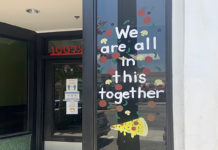 Stroll South Pasadena with Your Patriotic Pride in Celebration of July 4! 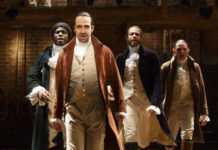 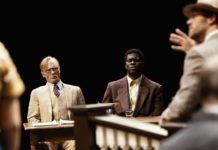 The Ahmanson Theatre Announces Season Will Open with “TO KILL A MOCKINGBIRD”, April 2021 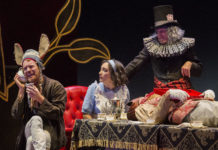 A Noise Within Announces Season Will Begin February 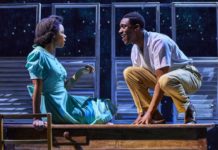