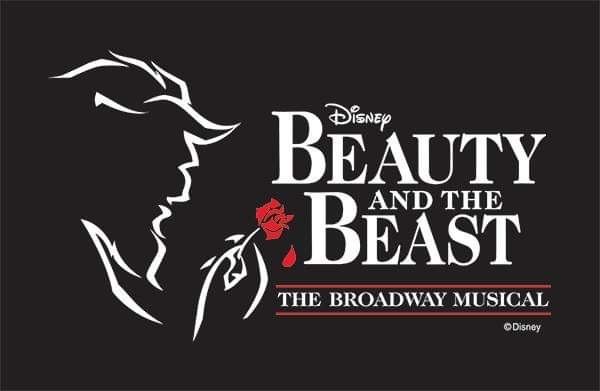 Stories become classics for a reason.  They tell “a tale as old as time”, and Young Stars Theatre’s current production of “Beauty and the Beast” is one of those classics.

Belle, a young woman in a provincial town, and the Beast, who is really a young prince trapped under the spell of an enchantress are thrown together in a twist of fate. If the Beast can learn to love and be loved, the curse will end and he will be transformed into his former self. But time is running out. If the Beast does not learn his lesson soon, he and his household will be doomed for all eternity.

YST has twice produced the Jr. (shorter) version of the show, which contains such well-known songs as “Be Our Guest” and “Beauty and the Beast” so when deciding what to produce for their full Broadway musical camp this summer, “Beauty” was a top choice. Says Jack J. Bennett, YST director: “The classic themes of family, loyalty and unconditional love are irresistible to an audience… and to me!  The songs are great, many of them well known from the Disney animated film, but also a few lesser known songs that will tug at your heart.”

The camp production is the 4th this summer, preceded by “Seussical Kids”, “James and the Giant Peach Jr.”, and “101 Dalmatians Kids”.  “Summer Camp is a special time for us, different from our regular season.  The compressed time frame lets us really challenge ourselves and our campers, and getting to know them and seeing them grow every day for three weeks is very fulfilling.  Also, doing the full production for the first time of a show I’ve enjoyed seeing as an audience member is exciting,” Jack says. Gloria, Jack’s wife and YST producer and musical director recalls, “Beauty and the Beast” was the first show I did after moving to California in 2005, so it really has a special place in my heart.”

“Beauty and the Beast” opens August 3rd, and runs two weekends for a total of 8 performances.  For tickets and more info about YST go to www.YoungStarsTheatre.org/tickets 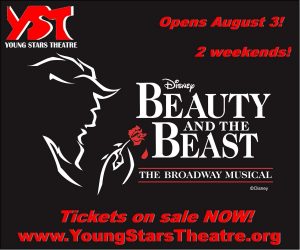