The National Theatre presents its much loved production of “This House” which enjoyed a West End run, a national tour and two sold-out runs at NT. It’s 1974, and Britain has a hung Parliament. The corridors of Westminster ring with the sound of infighting and backstabbing as the political parties battle to change the future of the nation. A timely, moving and funny insight into the workings of British politics by James Graham and directed by Jeremy Herrin. Suitable for ages 14+ for strong language. Available through June 4 at nationaltheatre.org.uk/nt-at-home 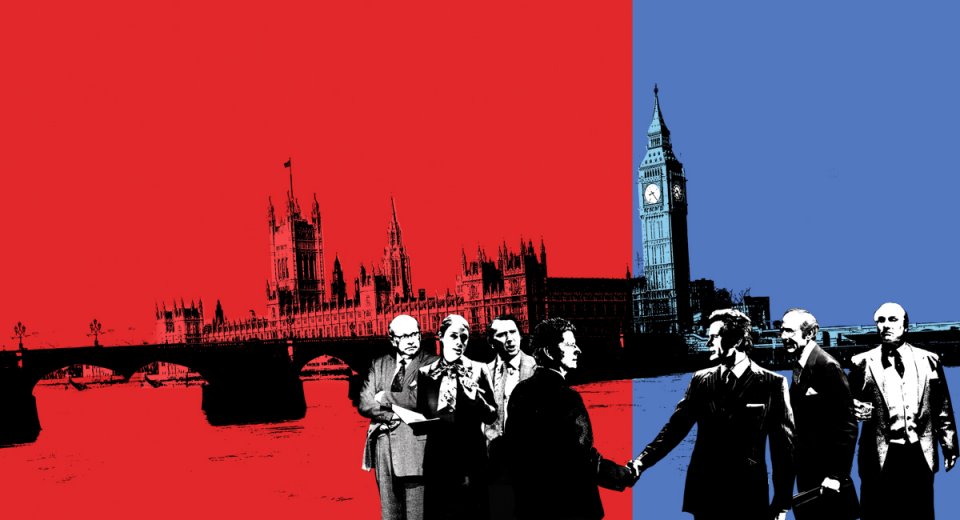 The Norton Simon Museum is offering a new video series entitled “Degas as Sculptor”, which can be viewed by visiting NortonSimon.org and clicking on the “watch” button. In 2017, Emily Talbot, now chief curator, organized the illuminating exhibition Taking Shape: Degas as Sculptor, which explored the impulsive and instinctual nature of Edgar Degas’s artistic practice. Focusing on the Museum’s collection of modèles, the first and only set of bronzes cast from the artist’s original wax and clay statuettes, Taking Shape considered the affinities among sculpting, painting and drawing in Degas’s oeuvre. For the exhibition, Talbot wrote and recorded four audio stops that delved further into Degas’s work, and the museum has transformed her narration into a series of new videos. It is a fascinating dive into this prodigious artist’s methods of creating, and in many cases recreating, his works of art.

Cirque du Soleil premieres their latest 60-minute special on Friday May 29 featuring some of the best moments from Corteo, Volta, and Totem! Enjoy a front-row seat to these awe-inspiring shows and discover never-before-seen angles that can only be experienced on your screen. I had the pleasure of seeing Corteo during its recent run at the Forum and it hearkens back to the early, classic Cirque shows and yet is one of the most spectacular. Now playing at cirquedusoleil.com/cirqueconnect

On Sunday, May 31, the Metropolitan Opera presents Strauss’s “Salome”. In 1905, Richard Strauss turned the opera world upside down with this searing, salacious, completely unprecedented one-act masterpiece that welds Oscar Wilde’s graphic take on the biblical tale of King Herod’s daughter Salome with the most audacious and modern score the composer had yet created—music that feels so hot it could burn you. By the time the deranged anti-heroine has finished the notorious Dance of the Seven Veils and stands before the audience entirely stripped of clothing and pretense, one has the sense that Strauss has done the same to opera itself. The Met streams a new opera every evening that is available for 24 hours at MetOpera.org

“Love, Loss, and What I Wore”– Nora and Delia Ehpron’s sweet and insightful 2008 collection of monologues about women and clothing, adapted from Ilene Beckerman’s 1995 book, ran for more than 1,000 performances at the Westside Theatre with a rotating cast of famous actors. The 92nd Street Y, the cultural epicenter of the Upper East Side in NYC, held a reunion reading of the show in 2017 with former cast members Rosie O’Donnell, Natasha Lyonne, Carol Kane, Lucy DeVito and Tracee Ellis Ross, directed by Karen Carpenter. As a fund-raiser, 92Y has released a recording; tickets cost $10 and due to popular demand has been extended through July 5. Available to view at 92y.org/love-loss-and-what-i-wore 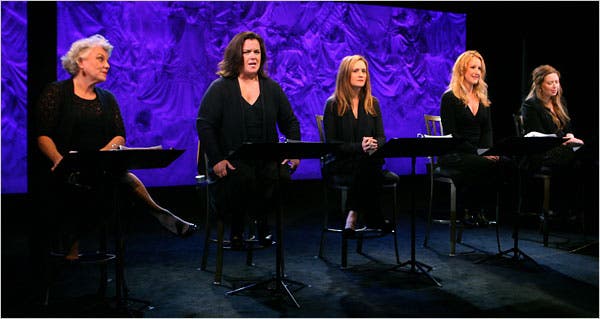 For dance fans, Alvin Ailey’s offering this week is “The Hunt” where the thrill of the chase has never been more intense than in Robert Battle’s dance for six men. The Hunt is a primal ritual with a distinctly urban feel fueled by a thundering percussion soundtrack by Les Tambours du Bronx. Perhaps Battle’s most popular work, it explores the relationship between modern sports and the rites of the gladiators. Through June 4 at AlvinAiley.org