It certainly is a new day and a new dawn as we kick off 2021 and yet, we’re still living through a time unlike anything we’ve ever seen before. The limited live shows we enjoyed are postponed for the time being so here is a smattering of live performances we can enjoy from the safety and comfort of our homes. Tune in to be inspired, uplifted and, if only for an hour or two, carried away. Here’s to the healing power of the arts and better days ahead. 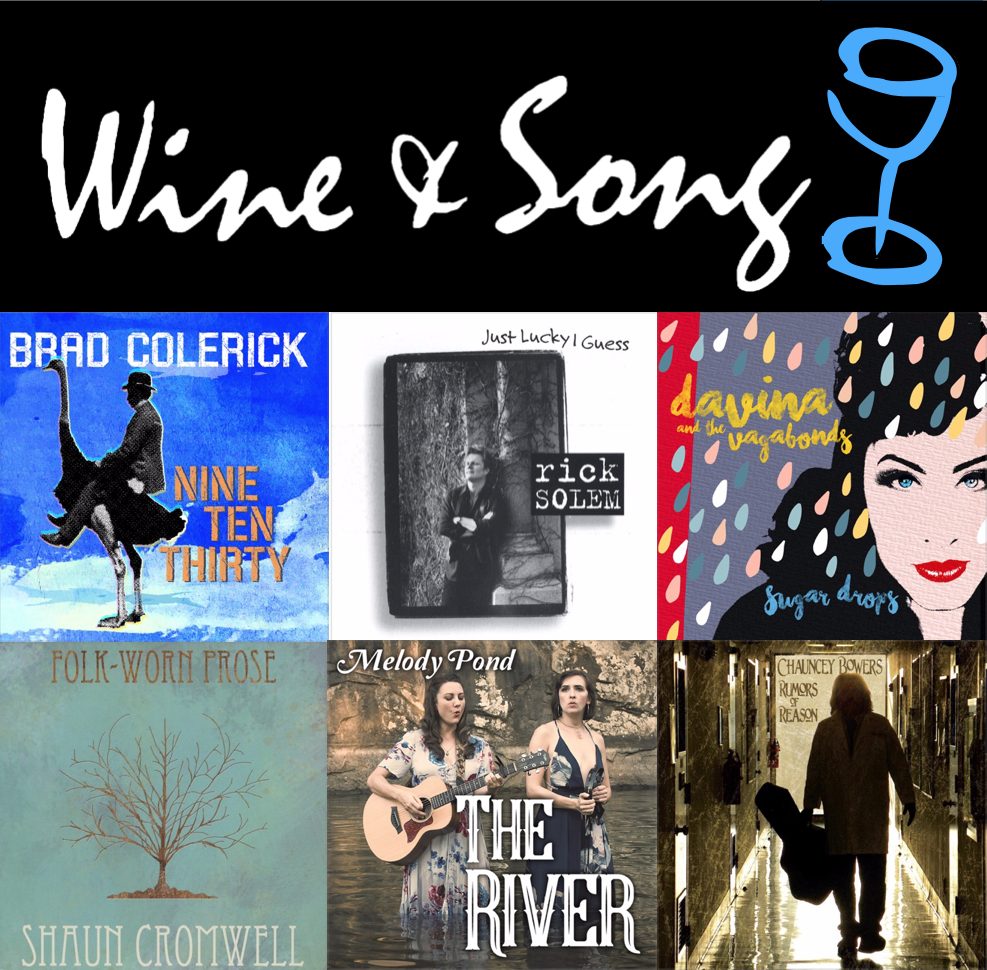 It’s a New Year and Brad Colerick is coming at you with episode 36 of Wine & Song at the Blue Guitar. Grab a glass of your favorite beverage and settle in for an evening of song featuring Ron Folsom, Brad Colerick & the Wreckers, Rick Solem, Davina & the Vagabonds, Shaun Cromwell feat. Devon Sproule, Melody Pond, and Chauncey Bowers. Tune in at BlueGuitar.club

Pasadena Playhouse  announces the January 10, 2021 PlayhouseLive Online Opening Night of You I Like: A Musical Celebration of Jerry Herman, a virtual musical revue honoring the genius responsible for the Broadway classics Hello, Dolly! Mame, La Cage aux Folles and many more. The Online Opening Night will be a livestreamed event with special guests Bernadette Peters and David Hyde Pierce.  The production features Andy Einhorn on the piano with performances by Ashley Blanchet, Nick Christopher, Lesli Margherita , Andrea Ross, and Ryan Vona. Andy Einhorn’s many Broadway credits include his recent conducting of Tony Award winner Bette Midler in the Tony Award-winning Broadway revival of Jerry Herman’s Hello, Dolly! for which he served as music director.

Pasadena Playhouse Producing Artistic Director Danny Feldman says, “Jerry Herman’s songs have an optimism and joy that can’t be rivaled. After the challenges we’ve all faced over the past few months, I can’t think of a better way to kick off the new year. This love letter to Jerry is an entertaining celebration of his life and exploration of his legacy.”

The Online Opening Night of You I Like: A Musical Celebration of Jerry Herman can be viewed on PlayhouseLive on January 10, 2021 at 5 p.m. PST. This will be a livestreamed event with a special pre-show tribute to Jerry Herman featuring Bernadette Peters, David Hyde Pierce, You I Like creator Andy Einhorn and Pasadena Playhouse Producing Artistic Director Danny Feldman.  Tickets to view this event are $29.99 and are available now through PlayhouseLive.org

Video-on-demand streaming of You I Like: A Musical Celebration of Jerry Herman will be available to rent on PlayhouseLive for $24.99 from January 11 through February 7. After the initial purchase through the website, it can be watched on any of the PlayhouseLive apps including Apple OS, Android OS, Roku, FireTV and more. Closed captioning will be available in both English and Spanish.

Monday January 11 kicks off Renee Fleming week at The Metropolitan Opera with Mozart’s Le Nozze di Figaro. The Met assembled a vocal dream team for Jonathan Miller’s stylish production of the eternal Mozart masterpiece: Renee Fleming as The Countess, Cecilia Bartoli as Susanna, and Bryn Terfel as Figaro. With James Levine, one of the world’s great conductors of Mozart, in the pit, Bartoli interpolating two rarely heard alternate arias, and Dwayne Croft as the Count and Susanne Mentzer as Cherubino, this is a performance for the ages. The week continues with Massenet’s Thais, Strauss’ Der Rosenkavalier, Rossini’s Armida, Strauss’ Capriccio, Handel’s Rodelinda, and Dvorak’s Rusalka. Tune in at MetOpera.org. Each opera is available for 24 hours. 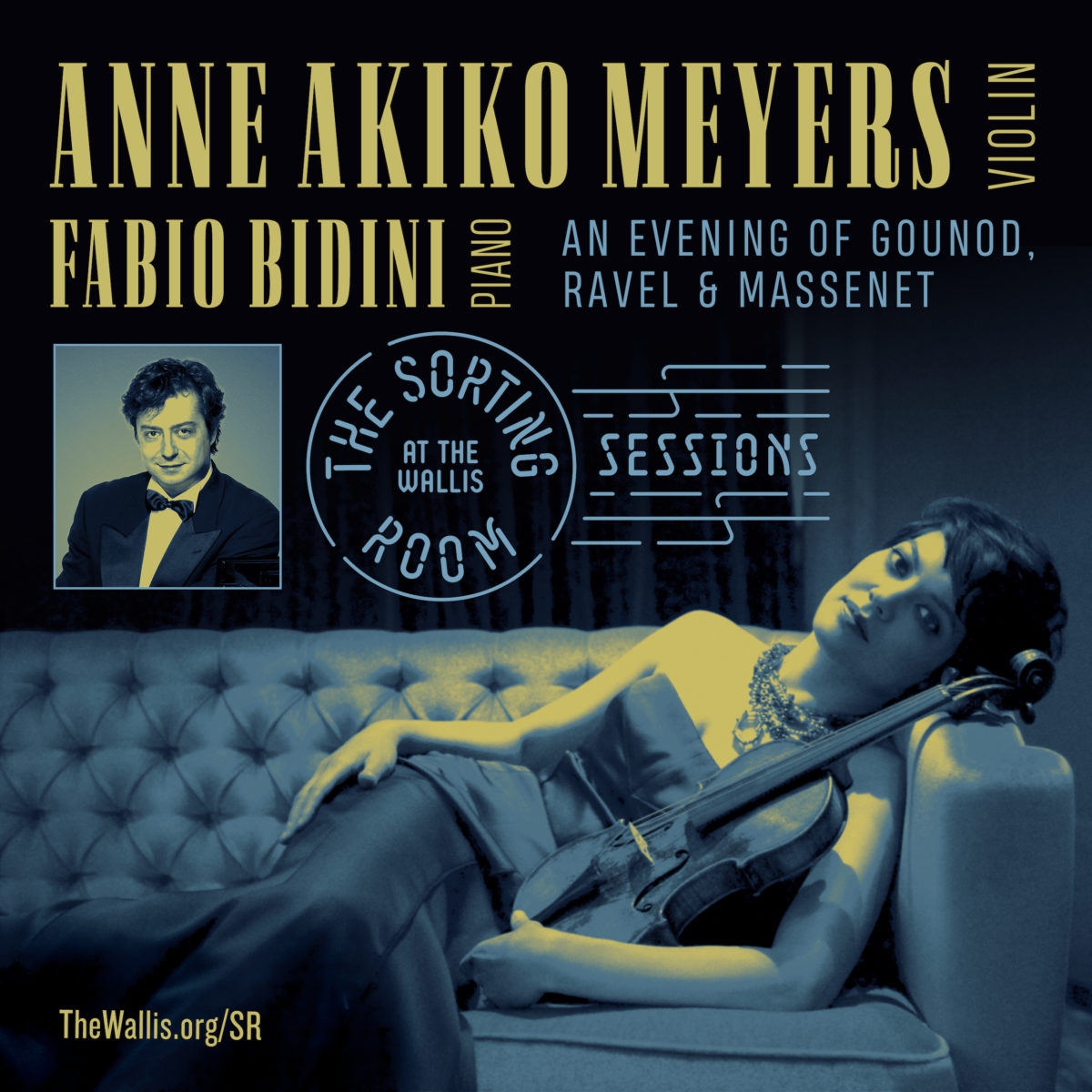 Single Sorting Room Session on demand shows are $25.00 per household, for viewing on Smart TV, computer, smartphone or tablet with patrons receiving a link and password. On Demand purchase includes a 24-hour window of access from 8:00 PM the evening of the performance until 7:59 PM the following day. Tickets may be purchased by visiting TheWallis.org/SR, by email at Tickets@TheWallis.org or by calling 310.746.4000 (Tuesday – Friday, 9:30 am – 2:30 pm).

LACMA presents Sundays Live, FREE weekly classical chamber music concerts and recitals by premier professional artists from Southern California and around the world. Live Stream only. These one-hour concerts are presented free to the public at 6:00PM on Sundays. Streamed live at LACMA.org and SundaysLive.org. Podcast on demand at KUSC.org. For additional information call (323) 857-6234 or visit SundaysLive.org.

There is some wonderful content on LincolnCenter.org including a gorgeous celebration of the orchestral world of Stephen Sondheim by The New York Philharmonic. Hosted by Bernadette Peters with a special appearance by vocalist Katrina Lenk who won the Tony Award for “The Band’s Visit”. Conducted by Alexander Gemignani, the concert features some of Sondheim’s most beloved works, including suites from “Sunday in the Park with George”, “Into The Woods”, “Sweeney Todd” and more. Tune in at LincolnCenter.org under Series and Programs; Live From Lincoln Center.