Films.Dance, a groundbreaking new global film series produced by and under the creative direction of LA-based Jacob Jonas The Company concludes with the final two films, “PLUME” on April 26 and “WEAKNESS OF THE FLESH” on May 3. These films are the last of the 15 original dance films that began on January 25, 2021. To date, the films have garnered over 1 million views across all digital platforms from more than 200 countries. Additionally, the films will be celebrated worldwide as part of International Dance Day on April 29.

21 acrobats from around the world, from Australia to the United States to Russia, performed and filmed their unique movement styles which were then layered with animation to create “PLUME”.  Despite clipped wings, the artists in Plume perform in full flight underscored by the brilliant music played by noted violinist Hillary Hahn. Co-directed by Francisco Cruz and Beren D’Amico, the film features an original score by Gaelynn Lea, an American folk singer, violinist, public speaker and disability advocate, with arrangement by Steve Hackman. 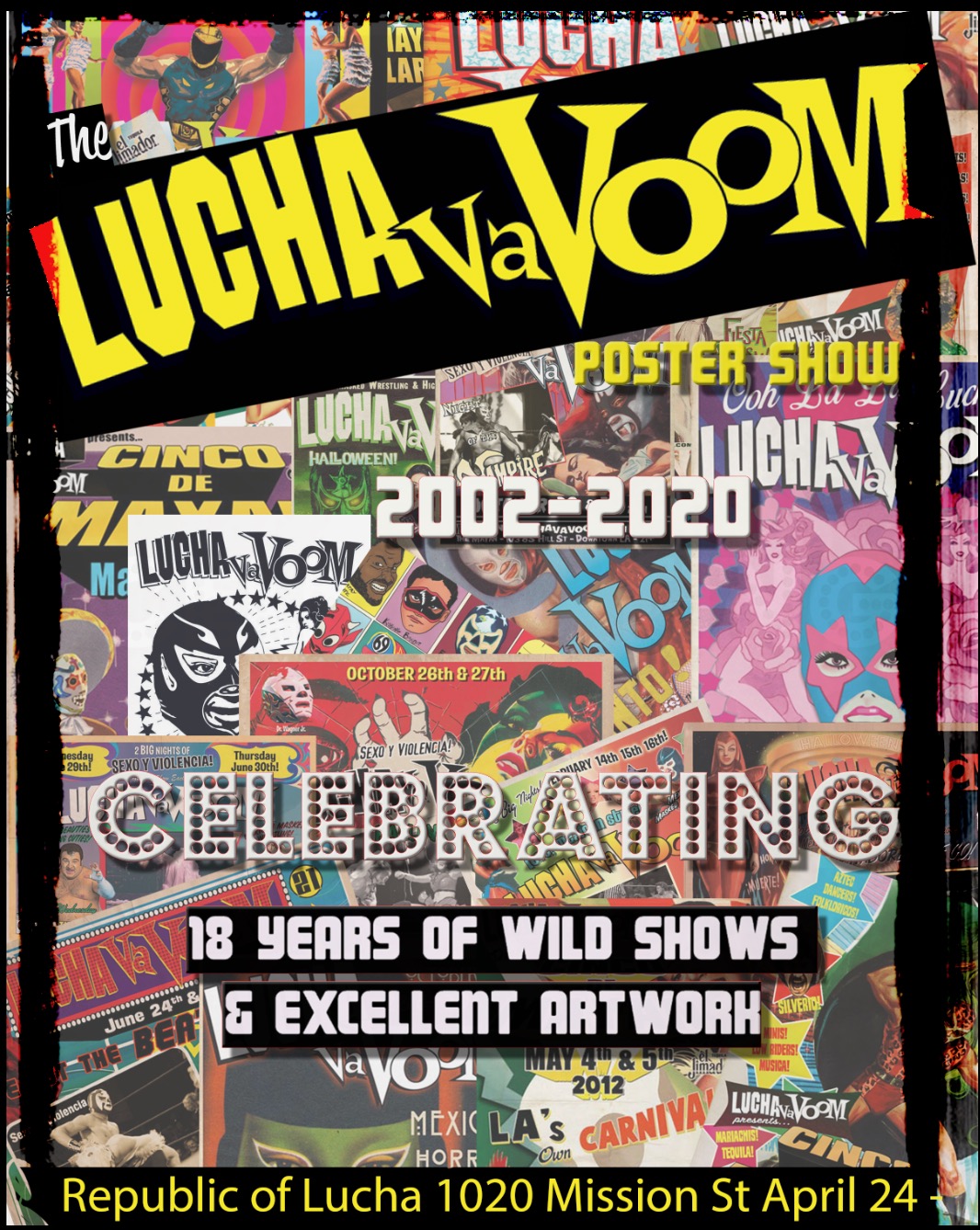 Republic of Lucha debuts its next gallery exhibit “Lucha VaVoom”, Saturday April 24 with a private opening reception and open to the public through May 20th. With an 18 year history as the most popular “underground” show in Los Angeles bringing together the world’s hottest Burlesque acts, music acts and the best Luchadores on the planet, Lucha VaVoom has performed for over 200,000 rabid fans worldwide.

A legend of LA culture and also one of the most important and groundbreaking Lucha Libre promotions in the world, discovering and being the first to debut in the US some of the biggest names in Lucha Libre over the last two decades, Lucha VaVoom has also been groundbreaking in its poster designs created by extraordinary artists Segan Friend, Keith Rainville and Vera Duffy. Fusing cult film, classic imagery, modern chic, epic storytelling and innovative design, Lucha VaVoom’s posters for each of its unique and hand-curated shows have been an important element in driving the interest and popularity of this LA staple. Republic of Lucha celebrates their dear friends during this forced hiatus and bring you an exquisitely curated gallery exhibit of some of Lucha VaVoom’s best and most ground breaking posters through the years. 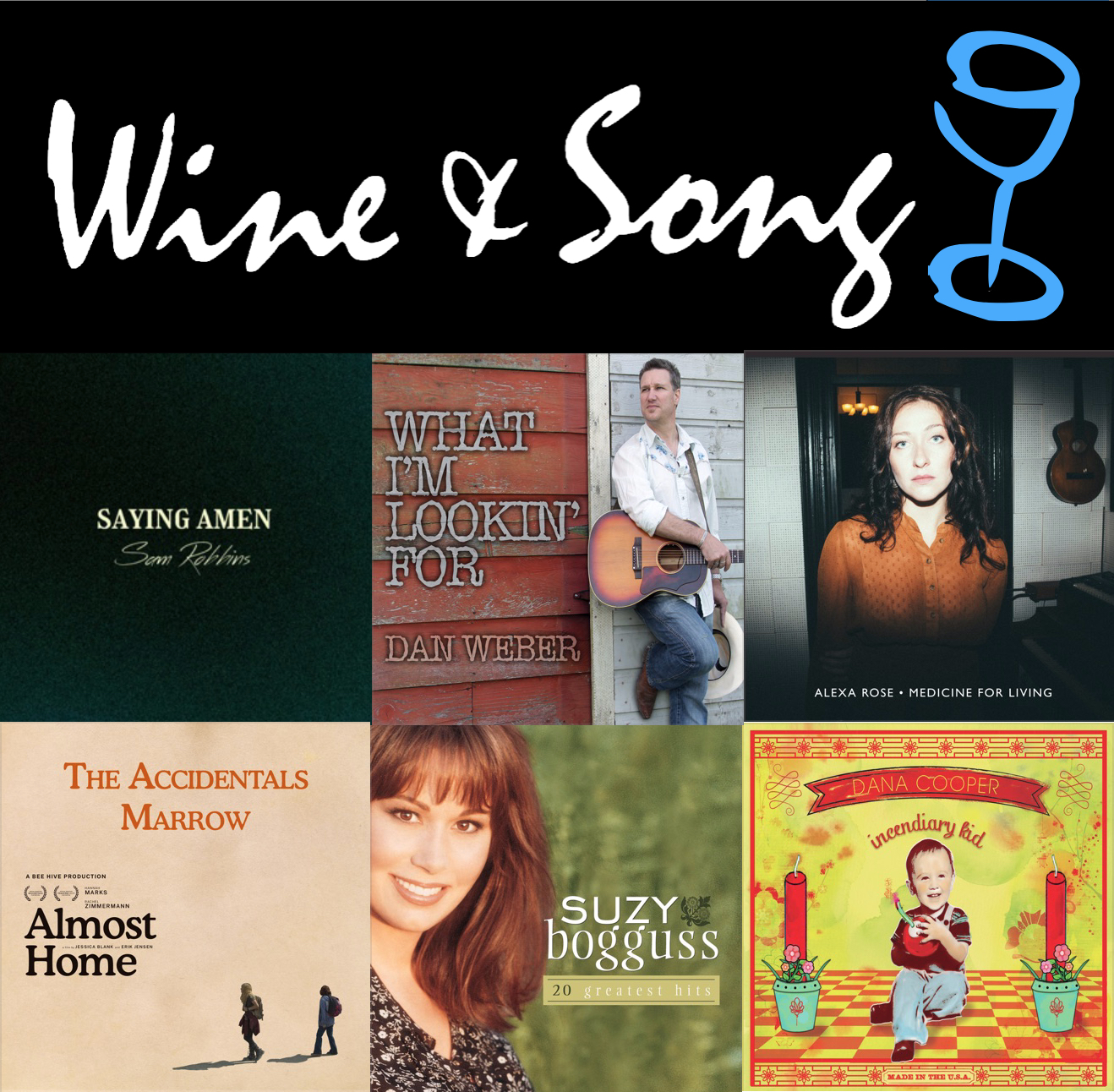 The Metropolitan Opera celebrates the City of Light all week beginning with their 2018 production of Puccini’s “La Boheme”. This timeless love story contains some of Puccini’s most beloved music and has moved generations of opera lovers since its 1896 world premiere.

The 2018 cast stars soprano Sonya Yoncheva as the fragile seamstress Mimi, who instantly falls in love with the passionate poet Rodolfo, sung by tenor Michael Fabiano. Soprano Susanna Phillips and baritone Lucas Meachem trade both spars and kisses as the on-again-off-again lovers Musetta and Marcello, with bass baritone Alexey Lavrov rounding out the rambunctious gang of bohemian friends. Maestro Marco Armiliato takes the podium to lead Franco Zeffirelli’s picturesque staging. Tune in at MetOpera.org Operas are available every day for 24 hours. 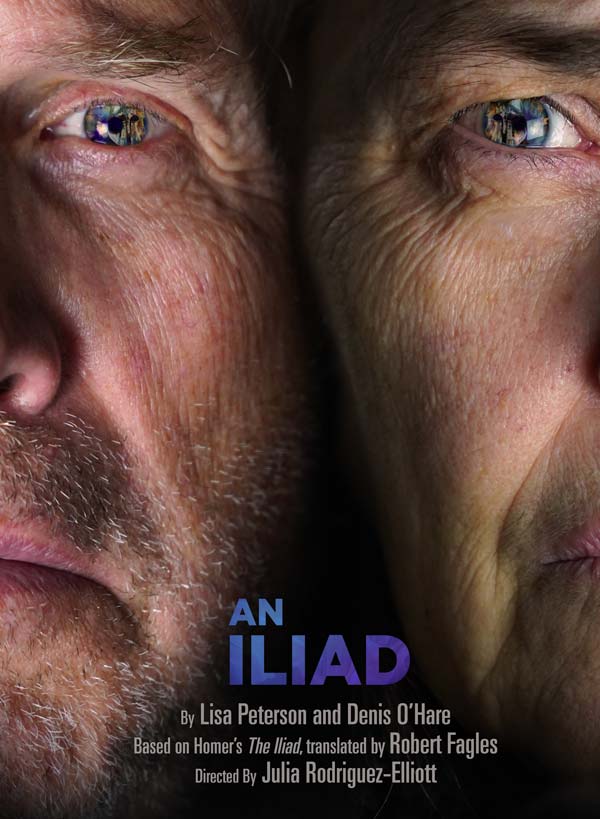 A Noise Within, California’s acclaimed classic repertory theatre company, has created high-quality films of two stage productions this spring: Lisa Peterson and Denis O’Hare modern-day retelling of Homer’s epic poem “An Iliad”, directed by Julia Rodriguez-Elliott, and “Alice in Wonderland”—remounting the beloved production from Spring 2020—written by Eva Le Gallienne and Florida Friebus and directed by Stephanie Shroyer. An Iliad premieres this week and will be available from April 22 – May 16. Alice in Wonderland will premiere in May.

ANW powerhouses Deborah Strang and Geoff Elliott alternate performances as the Poet in An Iliad, reliving and recounting bloodshed through hundreds and thousands of years. The lone witness of an ancient and ravaged Trojan battlefield, the Poet weaves a tale of tragedy and triumph, with an enduring love for every victim of war.

The Poet, an eternal being tasked with a passionate examination of deadly conflict, grapples with grief and dualities of victory and loss, power and fragility, heroism and hubris in an unforgettable modern take on Homer’s classic. “As a one-person show, An Iliad delves into the primal nature of storytelling in a well-crafted and prescient tale of war,” said Co-Producing Artistic Directors Geoff Elliott and Julia Rodriguez-Elliott. “The play pinpoints humanity’s rage and how our addiction to it has fueled our conflicts since the beginning of history. By the end of the performance, you ask yourself how complicit you are in the endless cycles of wrath and warfare.”

Tickets to stream An Iliad are $25 for individuals and $40 for a family. Tickets are available at anoisewithin.org.