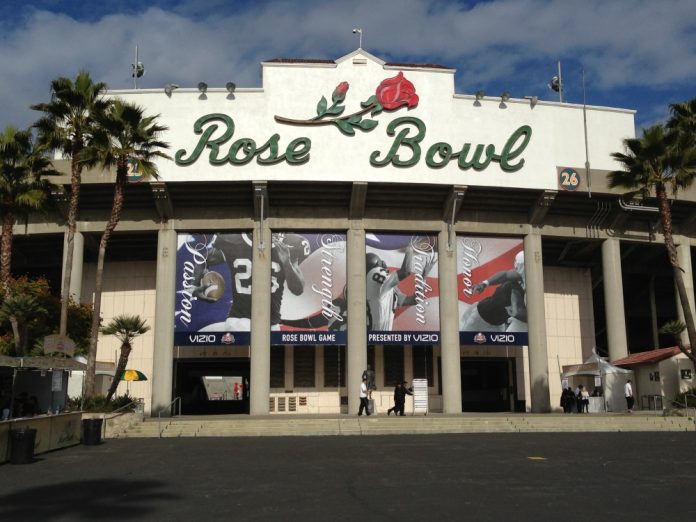 As the public continues to morn the victims in Sunday’s shooting in Las Vegas, security measures are being stepped up as thousands plan to attend tonight’s Coldplay concert at the Rose Bowl.

Security has been stepped up for open-air events, including the popular Pasadena venue, where authorities say they are taking every precaution to keep spectators safe.

A bomb sweep of the Rose Bowl was conducted Friday morning by police officials and the L.A. County Sheriff’s Department, which brought its hazmat team to the stadium.

Rose Bowl officials say there will be an increased police presence at tonight’s concert. Spot checks of the hillside areas for possible trouble are also expected to be undertaken by officials.

Pasadena Police officials say there is no credible threat as they are working with state and federal authorities to maintain the safety of patrons.

Attendees are encouraged to get to the Rose Bowl early for tonight’s 6:30 performance as long lines are anticipated.

As Americans mourn the victims of Sunday’s mass shooting in Las Vegas, questions will inevitably arise about the future of the Las Vegas Village, now the site of the deadliest mass shooting in modern US history.

Owned by MGM Resorts, the venue is little more than a swath of concrete with a stage on the Las Vegas strip. But to many victims’ advocates and survivors, it has become hallowed ground.

“It was a deadly ambush in a city built as an open invitation to the world,” read a front-page story published in the Las Vegas Review-Journal.

How will the city — which attracts millions of tourists each year — pay tribute to the tragic events, even as it returns to its wild and boisterous self?