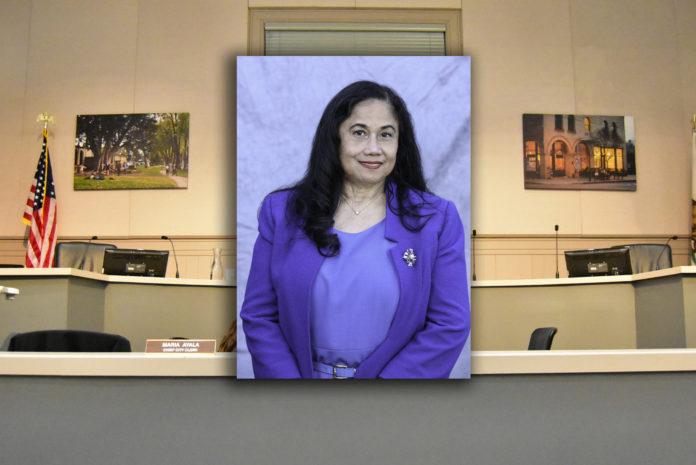 Evelyn Zneimer, South Pasadena’s elected City Clerk since 2013, has won a close race to become the new City Council representative from District 1, which includes the entire west end of the city including the Monterey Hills. Robert “Bob” Joe, currently serving as Mayor, called Zneimer Tuesday to concede the race. He issued a statement Wednesday to congratulate her and to “wish her the best.” He also thanked his supporters.

The call came shortly before the county released the latest vote tally, which put Zneimer at 1,370 votes, 52 more than Joe. The percentages were 50.97 to 49.03. The spread, while narrow, grew steadily with each release of the tally starting on Election night. Joe made the call even though there are over 1,000 registered voters in District 1 who either did not vote or whose ballots have not yet been counted.

Joe was first elected to the Council in 2011 and served a previous term as Mayor in 2014-15. His current term as mayor has been tumultuous, including multiple complications arising from the housing crisis; economic problems along with operational and revenue challenges due to Covid-19; months of BLM protests downtown; a financial management crisis that aroused public mistrust and led to the ousting of the city manager; and a political scandal that led to the resignation of a Council member.

During his mayoral tenure, the average length of the Council’s regular semi-weekly public meetings grew from two to three hours.

Zneimer told the South Pasadenan News her first action will be to resign as City Clerk, the elective office that voters formally abolished last year. As such, Zneimer said she does not support appointing someone to fill the remainder of her term, which ends in December 2021.

“Then I would like to finish the General Plan, because we can’t move anything in our city without finishing (it),” including affordable housing and zoning work, she said.

The city has been working to update its general plan since 2016.

“Then I will do the police reform,” Zneimer said. “There is a lot to be done.”

The City Council is poised to sign off on a set of Public Safety Commission-approved police department policy tweaks–including those pertaining to use-of-force—before the new Council is seated next month.

But a formal 2020-21 budget remains to be adopted. Zneimer said she will push for a reduction of the police department’s $9.4 million budget—about a third of the city’s general budget—though she did not say by how much. The reduction would be used to fund mental health training and/or for a commission on mental health.

She also complained the police department has 32 squad cars when only a few officers are on any one shift. Monthly maintenance on the rest “is killing us” and many should be auctioned off. The fleet includes a “supped up” BMW hybrid and two new vehicles, one driven by the chief and another by the deputy chief, and which are changed out every year. “I don’t think they need it.”

Zneimer said the city needs more charging stations for electric vehicles. Currently, she said, there is only one.

She also said she would not support the ascension of Mayor Pro Tem Diana Mahmud to Mayor.

Zneimer said she campaigned the “old way,” going door-to-door in the District, both in single family home and apartment building neighborhoods, leaving the social media side of the campaign to her children.

An attorney by day who also serves as a Superior Court Judge Pro Tem, Zneimer said she made it a point to leave work a little early each day to walk the neighborhoods. She observed social distancing, wore a mask, gloves and carried sanitizer, and was often invited in for tea, coffee or cookies. Going in a home was risky, “but I had no choice when I was invited in!” She said she was surprised to learn how many rental units are folded in along certain streets, where she could promote her endorsement by the South Pasadena Tenants Union. “Most of my votes come from renters,” she said.

Zneimer canvassed many homes occupied by persons of Chinese descent, a bloc on which Joe has heavily relied. She said while older Chinese often supported Joe, their multiple children voted for her, a 4 to 1 ratio she was happy to accept. She also made headway in the Korean community that she said Joe “forgot,” seeking support, for example, through the large but low-profile Pacific Korean United Methodist Church on Monterey Rd.

Zneimer and former South Pasadena Mayor David Rose, for whom she served as campaign manager 20 years ago, door-knocked for six hours on both the Saturday and Sunday before election day. It was hot and the work was hard.