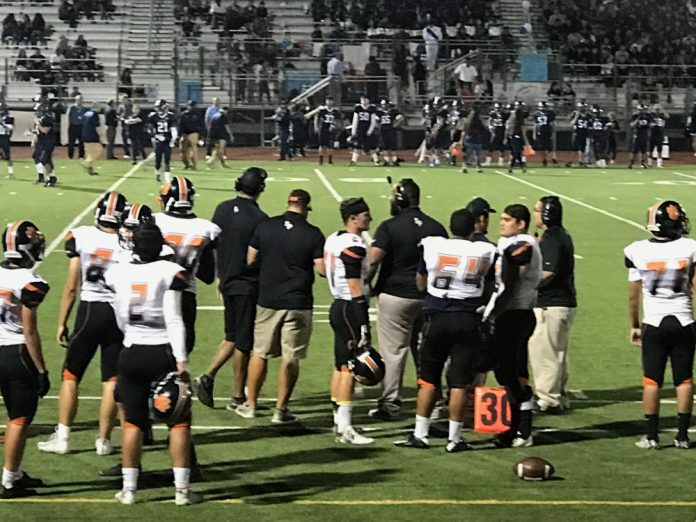 South Pasadena overwhelmed Duarte Friday night in a virtual shutout 44-0. Senior Gavin Chi had a strong night, rushing an astonishing 92 yards on 8 carries, giving the team a huge momentum the Falcons just couldn’t catch. This gives the Tigers their second win of the season bringing their record to 2-1.

Due to starting quarterback Sidney Luna-Long’s injury last week, it was up to Justin Huff to make a strong start for the Tigers in the first half. He made adept use of the Tiger running game with carries by Chi and Jackson Totleben early into the first quarter with Chi scoring a touchdown on a run into the endzone. Thomas Avila grabbed a first quarter interception and Danny Rios caught a 48-yard touchdown pass from Huff in the second quarter. 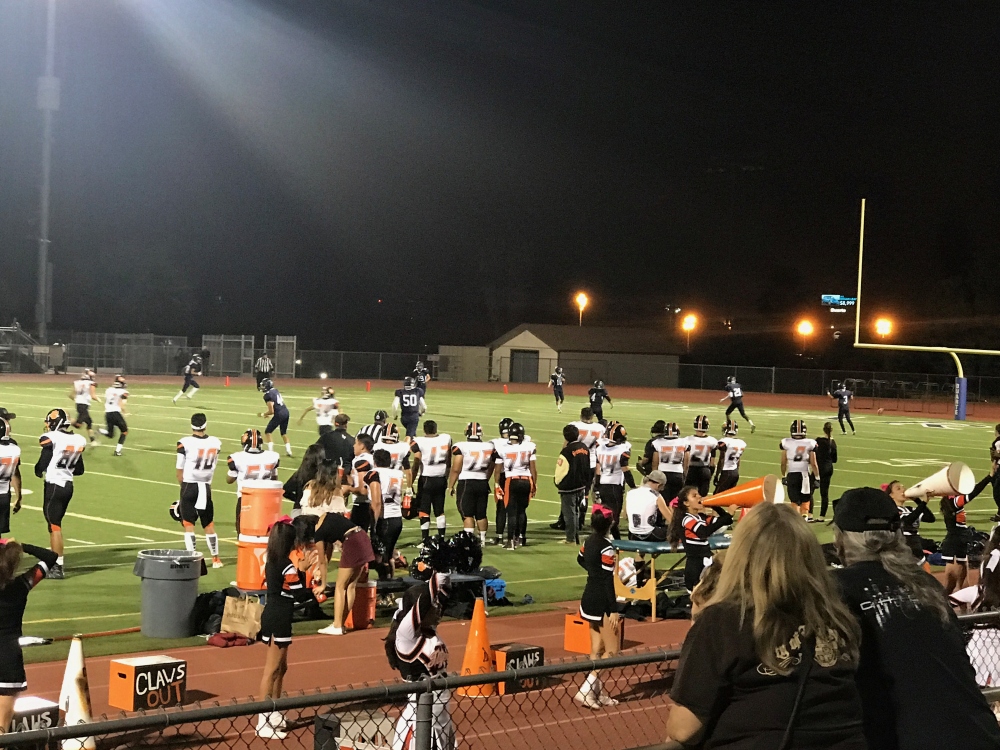 Tiger confidence was high going into halftime with a 30-0 lead. Duarte was rendered ineffective by the Tiger defense, unable to make any significant gains while making multiple errors. Falcons were also short their starting quarterback and a few key players due to injuries giving Tigers what turned out to be an advantage that couldn’t be overcome. 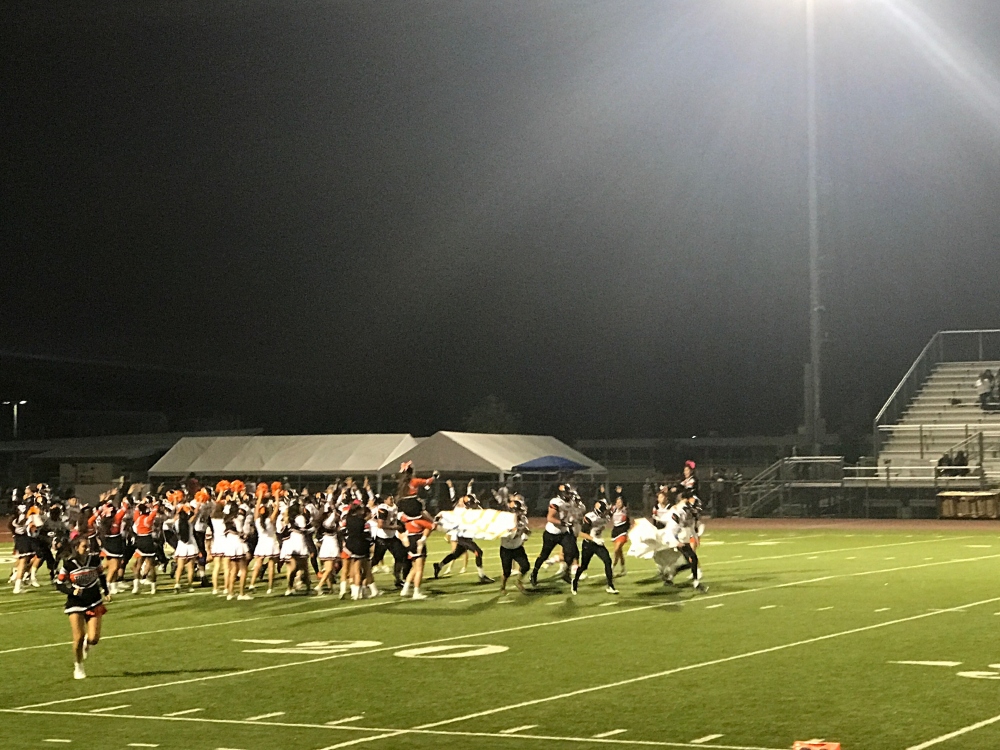 It was an aggressive game that resulted in several altercations on the field; fouls were called on both sides with multiple flags thrown on the field resulting in one Tiger being taken out of play.

Going into the game Coach Chi says they knew the Falcons had big guys on their line so they had focused on who would control the line of scrimmage. From the outset of the game Chi says, “our running game was successful and the Falcons were struggling to stop it. Little by little our guys gained confidence and we took early advantage of our opportunities resulting in the safety and touchdown.” Chi goes on to say, “we could feel we had the game under control within the first quarter.”

During halftime Coach Chi instructed his players to protect themselves on the field, play clean, play to the whistle and to not let up. “During the second half we were able to bring in our second string which was a positive for us” says Chi, “because of Sidney’s injury last week, he missed the first two practices so we started Justin and he did a fine job for us in the first half and we were able to put Sidney in for the remainder of the game.”

Said Totleben of the win, “of course it feels good. It was nice to see Gavin have a big game. He’s usually blocking for me so I had no problem leading up the hole for him on two of those touchdowns.” He goes on to say, “it was pretty clear to see we were dominating on all sides. I don’t think they got a first down until the second quarter and our backs were averaging around 10 yards per carry.” Totleben adds that the team will treat this win like any other win “except that Coach Chi owes us donuts for the shutout.”

Next up is a HOME GAME against Riverside Prep, September 15 at 7pm at SPHS. Coach Chi tells us they are a passing team with a 5 man front so Tigers will be focusing on their blocking scheme, making those adjustments and preparing for an aggressive offense.