Since 2009, singers, songwriters, musicians and their fans have been gathering at Wine & Song, the “midweek, spirit-lifting hootenanny.” The weekly event, produced and hosted by Brad Colerick, a notable musician himself, is held in the Blue Guitar Lounge at the Arroyo Seco Golf Course. Artists come from across the country, sometimes the world, and from our own backyard to perform in the “listening room” created by Brad and his crew at DeepMix Entertainment. 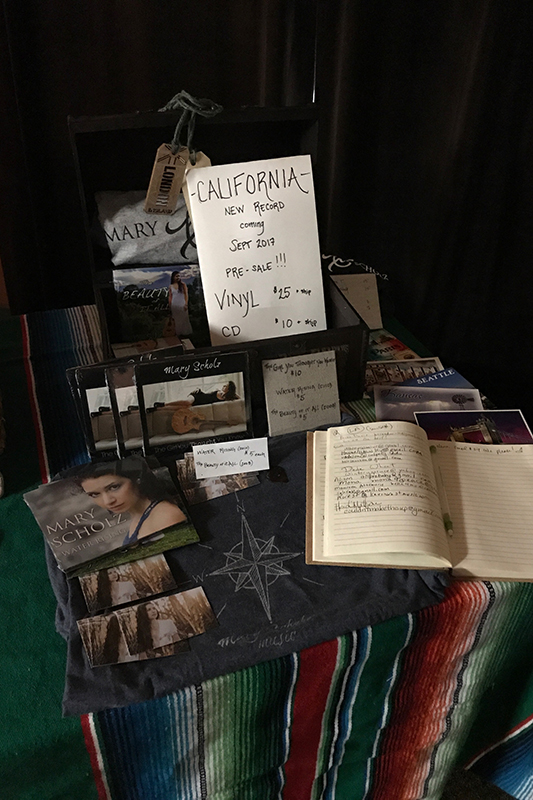 This past Wednesday brought us Amy Sue Berlin with Kendra Kinsey, Mary Scholz with Zachary Ross, and homegrown Little Silver Hearts. The set opened with “South Pasadena Wrecking Crew”, with Dave Plenn on electric guitar and vocals, Guillermo Guzman on bass, Brad Colerick on acoustic guitar and vocals and Tim Fleming on the pedal steel guitar.

Amy Sue Berlin, on tour from Austin TX, started in the music business managing and promoting but soon found her voice with pen and guitar. Accompanying her was Kendra Kinsey, a self-proclaimed Tex-Alaskan, who besides being a ukulele-strumming musician is also an artist with her work hanging in Austin galleries. Together the women created sweet harmony with lyrics and sound that connected with the audience.

Little Silver Hearts, described as “heartfelt, west coast Americana” and made up mostly of South Pasadenans, performed for the full room with Sean Lowenthal at vocals, guitar and harmonica, Kaya Shaffer at drums, Chris LaCagnina on Upright Bass and Ed Donnelly on the Dobro.

Wednesday night Wine & Song at the Arroyo Seco Golf Course is in the Blue Guitar Lounge 1055 Lohman Lane, South Pasadena. Showtime is 7pm. $15 table seating, $10 general admission. The venue has food, wine, and full bar. Or bring your own bottle for a minimal corkage fee. See show schedule and other details at https://wineandsong.com

Come early, play golf! Join Brad Colerick and an array of other musicians and guests starting at 5pm for 75 minutes of par-3 fun on the Arroyo greens. 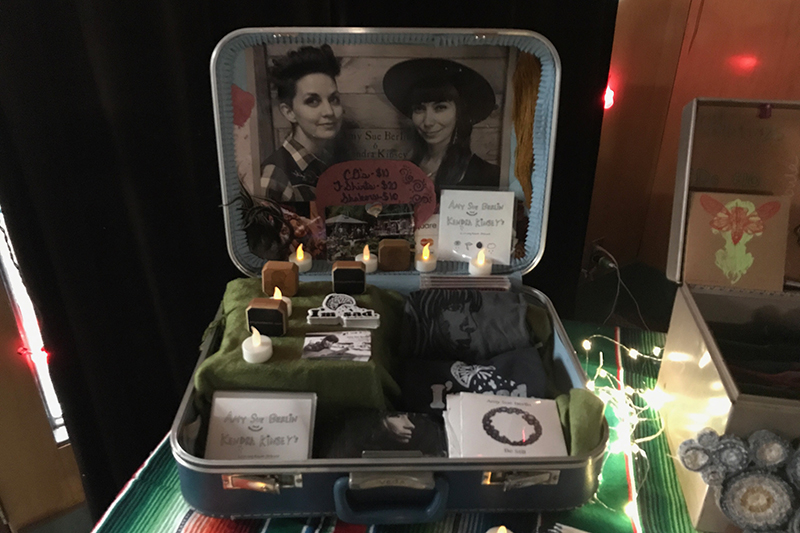