“Gridlock,” a word that came out of the ultimate traffic jam, was first used in print by Newsweek back in 1980. It has become a universal phrase identified by motorists, especially those frustrated, grumbling, nerve-racking drivers on Southern California freeways during morning and afternoon rush hour.

The last episode of MASH was aired on Feb. 28, 1983, on CBS. Michael Jackson’s Victory Tour was launched on July 6, 1984. That same year, Clara Pellar in a Wendy’s hamburger chain commercial, was saying: “Where’s the beef?”

Ghostbusters debuted as a hit movie

The refrigerator became more than a place to keep items cold. William “Refrigerator Perry,” built like one, was a star fullback for the Chicago Bears.

It was announced earlier this month during the South Pasadena Education Foundation’s (SPEF) Major Donor Party that the Rad to the Max – 1980s will be theme for next year’s Parti Gras event at Arroyo Seco Golf Course in the city. The party was hosted by SPEF board member Erica Williams and her husband Marc to say thank you to major donors. The delicious food was provided by Urban Kitchen.

“Famous Deejays, old school arcade games, MTV, there’s so much,” said Michel, when asked what she thinks about when the ‘80s come to mind.

She dressed like Madonna for the Major Donor Party, providing a big hint for those trying to guess the theme of SPEF’s major fundraising event each year.

Music, of course, was a big part of the 80s scene with Madonna joining Cyndi Lauper, Blondie, Rick Astley, David Bowie and The Police as some of the big headliners of the day.

SPEF is the fundraising arm for the South Pasadena Unified School District. Parti Gras proceeds will support programs and services at all five SPUSD schools. The SPEF board passed out Yard Signs on Sunday as a Thank You to the community for their generosity.

“People have been fantastic,” said Michel, thanking the community for its support of SPEF and Parti Gras over the years. “We get more people to attend each year and raise more money every year. It’s awesome.” 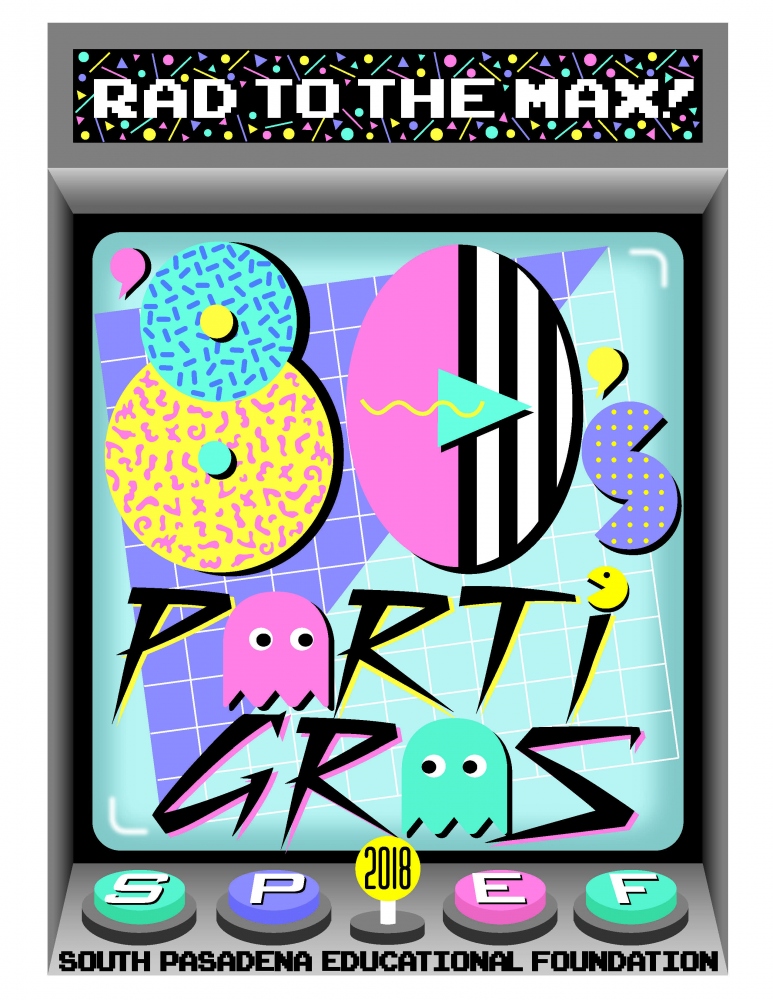