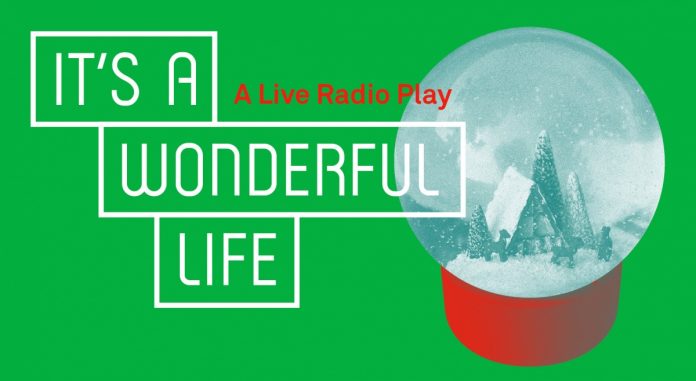 The Pasadena Playhouse announces that Simon Helberg will play George Bailey in its holiday production of It’s a Wonderful Life: A Live Radio Play adapted from the film by Joe Landry, and directed by Cameron Watson, for 15 performances only December 12 to 23, 2018.

Simon Helberg is best known for portraying “Howard Wolowitz” in the CBS award-winning smash hit The Big Bang Theory (based at Caltech in Pasadena), which is the number one scripted show on television and currently in its 12th and final season. Last year, he was nominated for a Golden Globe for his performance opposite Meryl Streep and Hugh Grant in Stephen Frears’ feature film Florence Foster Jenkins for Paramount. Helberg also wrote, co-directed and starred opposite Melanie Lynskey, Alfred Molina and Zachary Quinto in the indie feature We’ll Never Have Paris, which premiered at the 2014 SXSW Film Festival, where it sold to MGM. Previously, he had a fantastic role in the Coen Brothers’ film A Serious Man opposite Amy Landecker and Michael Stuhlbarg.  Helberg studied acting at NYU’s Atlantic Theater Company. He has previously been seen on stage locally in How to Succeed in Business Without Really Trying (Reprise Theatre Company) and God of Carnage (L.A. Theatre Works). 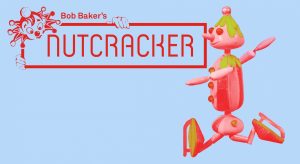 It’s a Wonderful Life, one of the all-time classic Christmas stories, comes to life on stage in a 1940s-style radio broadcast following last season’s production of the original radio play of Miracle on 34th Street.

This year, join Simon Helberg as the down-on-his-luck George Bailey whose guardian angel shows him what his town would have been like had he never been born. This timeless masterpiece guarantees to warm your heart this holiday season.

As was often the case with mid-century entertainments, once a film found an audience, it became a radio drama.  It’s a Wonderful Life was originally released in 1946.  Directed by Frank Capra, it was based on a short story by Philip Van Doren Stern.  Stern started working on the story in 1939, finished it in 1943 when he sent it out as a Christmas card to his friends and relatives.

In 1944, it was published as a magazine story in Reader’s Scope and two years later Good Housekeeping.  An RKO producer had received one of the original mailings and showed it to Cary Grant; RKO then purchased it in 1944, and eventually sold it to director Frank Capra.  James Stewart – who starred in the film with Donna Reed – said that the story is “an inspiration to everyone concerned with the picture … the fundamental story was so sound and right.”

Seneca Falls, New York makes a claim that Frank Capra visited their town in 1945 and modeled Bedford Falls after it — going so far as to create a museum, open a hotel (Hotel Clarence), and hold an annual festival in its honor.  Stern thinks otherwise, however, “Incidentally, the movie takes place in Westchester County.  Actually, the town I had in mind was Caifon, New Jersey.”  The historic iron bridge in Califon is similar to the bridge that George Bailey considered jumping from in the movie – and much was filmed on the RKO movie ranch in Encino.

The film premiered December 20, 1946 to mixed reviews, and then went into general release after the holidays on January 7, 1947.  It was the 26th highest grossing film of 1947, one place ahead of Miracle on 34th Street which was released that same year in May – the beginning of the air-conditioning season!

And to make matters worse — on May 26, 1947, the FBI issued a memo: “with regard to the picture It’s a Wonderful Life, [redacted] stated in substance that the film represented rather obvious attempts to discredit bankers by casting Lionel Barrymore as a ‘scrooge-type’ so that he would be the most hated man in the picture. This, according to these sources, is a common trick used by Communists.”

Time has been considerably more generous to the film.  It is one of the most beloved films of all time and thought of as one of the greatest ever made.  The American Film institute placed it #11 on its very first list of the 100 best American films ever made.

In 1990, It’s a Wonderful Life was deemed “culturally, historically, or aesthetically significant” by the United States Library of Congress and selected for preservation in their National Film Registry.

Tickets for It’s a Wonderful Life: A Live Radio Play and Bob Baker’s Nutcracker and are now available at pasadenaplayhouse.org, by phone at 626-356-7529, and at the box office at 39 South El Molino Avenue, Pasadena, CA 91101

Tuesday through Friday Evenings at 8:00pm

Prices start at $25 for It’s a Wonderful Life: A Live Radio Play