Hilarious, profound and all-around irresistible, William Shakespeare’s quintessential rom-com, “Much Ado About Nothing”, gets the A Noise Within treatment as part of its “Daring to Love” season. Guillermo Cienfuegos directs for a February 11 opening at the company’s home in Pasadena, where performances continue through March 12. Previews begin February 5.

Claudio is pursuing the hand of the lovely young Hero. Meanwhile, Beatrice and Benedick want nothing of love. Beatrice and Benedick’s verbal jousts are witty and sharp, each one calculated to wound. Yet, beneath their animosity lies a mutual attraction that neither dares confess — until circumstances force them to admit their true love. Filled with romance, intrigue and surprising plot twists, “Much Ado About Nothing” is the ultimate screwball comedy, a precursor to those famous movies of the ’30s and ’40s.

“Watching the journey these two people take, from hate and distrust to honest love, is just delicious,” says ANW co-artistic director Julia Rodriguez-Elliott. “These are formidable characters with their crackling wit, huge hearts and volcanic emotions. They have to struggle against the notion that to be in a relationship is to lose oneself, and that yin and yang is revelatory.”

“It’s scary to make yourself vulnerable — to love, and to allow yourself to be loved.” agrees Cienfuegos. “I don’t think there’s a person in this world who can’t relate to that. This play gets that message across in a very funny way.”

Retaining Shakespeare’s original setting in Sicily, A Noise Within moves the time period forward to World War II, just after the island’s liberation from the Fascists by U.S. forces.

“It gives us a lot to play with in terms of set, costumes and music, which will be whimsical and great fun,” Cienfuegos says. “It’s also a fitting backdrop for the contrast of the play’s broadly comedic elements with some of the darker aspects of the story.”

Starring in the roles of Much Ado’s four lovers are Erika Soto as Beatrice, Joshua Bitton as Benedick, Alexandra Hellquist as Hero and Stanley Andrew Jackson III as Claudio. The rest of the cast includes Rafael Goldstein as Don John, Wes Mann as Dogberry, Tony Pasqualini as Leonato, Nick Petroccione as Balthasar, Fredrick Stuart as Don Pedro, Randy Thompson as Friar Francis, Jeanne Syquia as Margaret and Michael Uribes as Borachio. Also featured in the ensemble are Alejandro Hernandez and Arely Vianet.

Audiences are invited to attend a symposium with resident dramaturg Dr. Miranda Johnson-Haddad at 6:45 p.m., prior to the preview, on Wednesday, Feb. 8. Post-performance conversations with the artists will take place every Friday during the run (Feb. 17, Feb. 24, March 3, March 10) and on Sunday, Feb. 19. An INsiders Discussion Group will be held on Tuesday, February 21, from 6 p.m. – 8 p.m. on Zoom ($38 per individual or $45 per household). There will be six student matinees at 10:30 a.m. on Wednesday, Feb. 15; Wednesday, Feb. 22; Thursday, Feb. 23; Tuesday, Feb. 28; Wednesday, March 1; and Thursday, March 2. Interested educators should email education@anoisewithin.org.

Tickets start at $25. Student tickets start at $18. Tickets to the preview on Thursday, February 9 will be Pay What You Choose, with tickets starting at $5 (available online beginning at 12 p.m. the Monday prior to that performance). Discounts are available for groups of 10 or more. 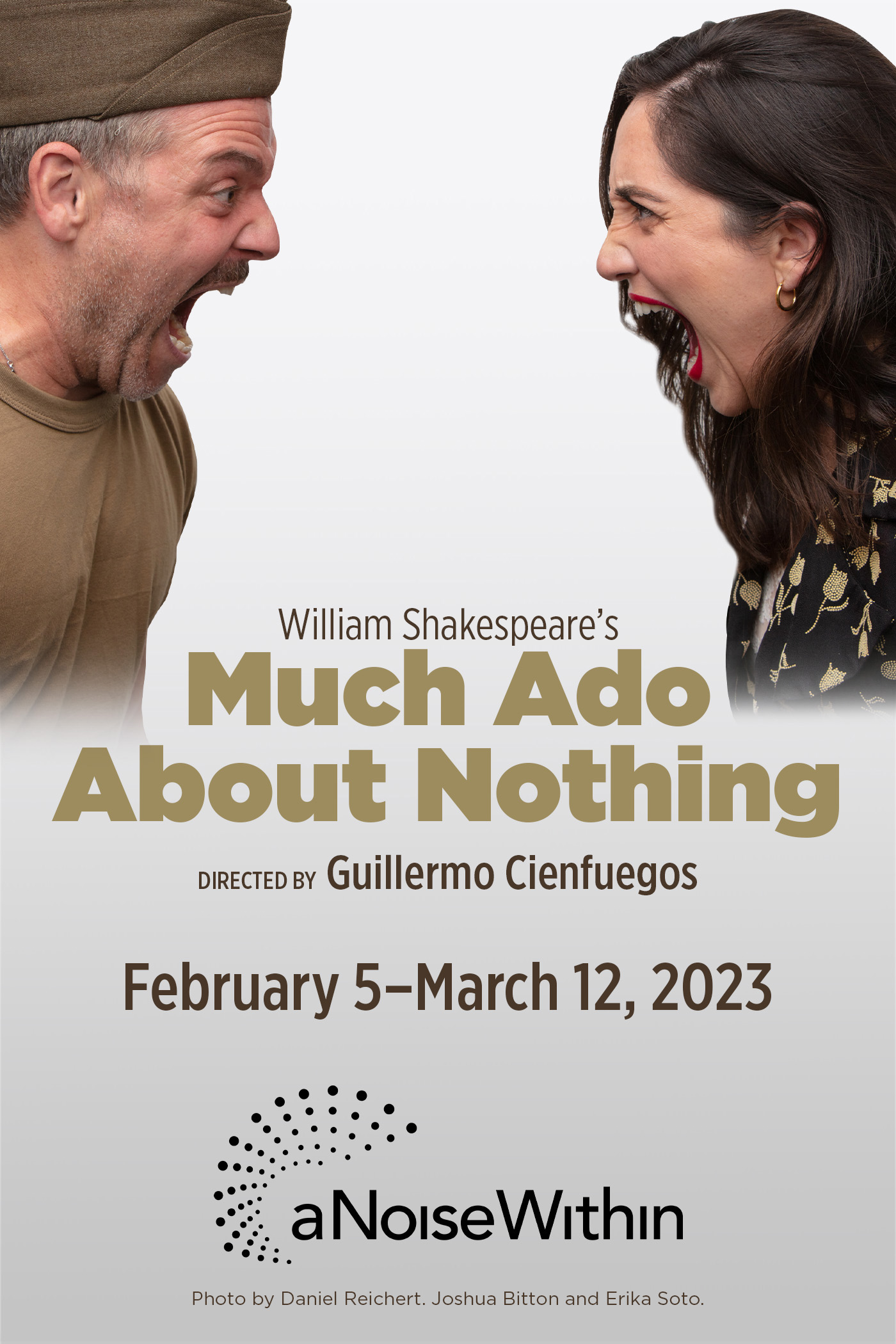