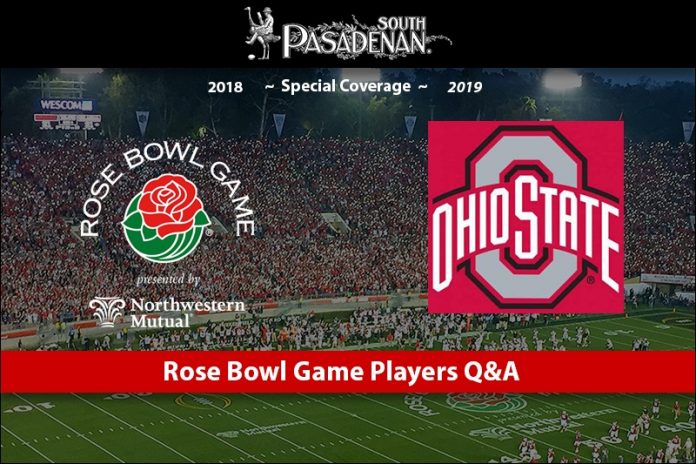 Tuf Borland, with a relentless work ethic and seemingly unbreakable spirit after coming back from an Achilles injury before the 2018, some calling him superhuman.

While others may have ruled him out playing after the serious injury,”Hercules” Borland, as he became know, turned in a solid season, making 60 tackles and earning the praise from coaches and teammates.

In the following Q&A, Borland talks about the past season and his outlook as he prepares to face the University of Washington on Tuesday in the Rose Bowl.

Just this game in general, feeling that the Rose Bowl has, what atmosphere does this Bowl game have to some other games? Actually the Rose Bowl is a very, very historical Bowl. We’re excited to be a part of it. Thus far it’s been a good experience. We’ve kind of enjoyed ourselves, but we’re also putting in the work. We’re focused and we’re getting ready to play.

Yesterday Coach was joking around a week might be too long in southern California. How do you balance out the pleasure and this also being a business trip? One of the things we talked about was time to lock in, meetings, practice, whatever it is and having fun and enjoying the time and when we have the chance. It is the Rose Bowl and we are in southern California, so it’s fun.

I know you guys have been up and down at times this year. How do you feel like you’re playing right now? Do you feel you’re peaking at the right time? Over the last few games, I feel like we’ve played more up to our standard. I think we haven’t reached our full potential. Obviously the north (ph) game, and Big 10 Championship, Michigan State, those games we played, we played better.

Is it different when you have – it’s clearly different, so what is the difference when you have this long to prepare for a game? Is it a good thing or bad thing? I think it’s a good thing. Depends on how you look at it. We kind of look the approach of working on fundamentals early on in our Bowl prep. You know, tackling, block instruction, ball disruption. We work on the fundamentals and we later moved into the game plan stage.

The offensive side of the ball with Washington, what have you seen from them? What do you need to be concerned about? Obviously they have skilled personnel all over the feel. Quarterback, a lot of experience. Three good runners. Big O-line, talented receivers. It will be a good challenge for us.

Coach Meyer’s last game. Does that play into your guys’ emotion? Yeah, I mean, I think Coach Meyer means a lot to all of us. The best we can do is send him out with a victory and that’s what we plan on doing.

Talk about the future – I think we’re really excited about Dallas. He’s one of the guys he does everything right, and he works really hard. I think the sky is the limit with Dallas.

What makes him different in terms of his focus, if he is different in is he different as a freshman? I think his maturity, kind of differentiates from others. He’s quiet, just goes about his business. Does what he needs to do.

How do you find the balance of having fun and having the focus to prepare for a real game? Just knowing, our day is divided up, so meetings, practice and then afternoon.

Putting this game into historical context, seeing Urban playing in his last game, or coaching his last game, does that add anything more to this opportunity? Coach Meyer means so much to all of us. You see what he does on the field, but off the field, helping us find jobs and everything like that, and our plan is to send hem out with a victory:

What is college football losing when Urban Meyer walks off the field? Great leader. Great man. Like I said, you can’t really put into words how much somebody like that means to us with all that he does off the field. You don’t really see it. So it means a lot.

When you were first getting recruited and when he first calls you, what’s your first reaction when Urban Meyer is on the other end?Like is this really Urban Meyer? I don’t know, you just hear all the success that he’s had, various places, it just kind of, I don’t know, I was kind of shell-shocked at first.

Do you have a favorite Urban Meyer memory? Just the stories he tells and how animated he gets is something I’ll kind of take away.

Washington is a team when they have had success offensively, running behind a guy like Myles Gaskin, what do you do to slow him down? You know, obviously he’s very talented. Real patient runner. They have got a good, o-line, so we’re going to have our work cut out for us, so we’ll just see what happens.

In terms of Jake Browning who in the past has put up some ridiculous numbers, this year not quite to that level but still a savvy veteran passer. What are some things you think you can do to throw him off and get him off his rhythm a little bit? He’s got a lot of experience. He’s a good player. He’s had a lot of success in the past. I think limiting their success on first and second downs, and letting us rush the passer like we do, that will help a lot.

Curious from what you’ve studied of Washington, what you make of their offense and maybe if they compare at all to anybody you’ve seen this year? Yeah, you know, very talented. They have got a lot of experience at the quarterback position, running back position. So yeah, three good backs. Some talented receivers. I mean, they have a lot of talent. We’ll have our work cut out for us.

As far as comparing them, you know, personnel-wise, similar to what team up north does in terms of multiple tight end packages and using the running backs.

But the quarterback position, what do you think he brings to the game? You know, he’s got a lot of experience, a veteran, savvy guy. He’s obviously put up some crazy numbers in the past. Got to be on our game.

I know you hate this question, but got to ask, anyway. With the Achilles injury, did you ever – did that linger at all? I hate to – people wondered if you were ever just able to get 100 percent healthy this season? I think when you have an injury like that, you sit out a bunch of times, it’s going to show. You’re going to be rusty. That’s expected. I wouldn’t say – you know, I didn’t have any lesser expectations, but expectations for myself are still there.

At the end of the year it looked like there was more explosion, I remember a play you made in the backfield – I don’t know if you would see yourself on film, if there was something missing from your game this year. You’re really the only one that knows the answer to that? I think going through an extra winter, an extra spring, going into next year is going to help a lot. I might not really notice it on the field or on film, because personally I feel like 100 percent, but going into next year, we’ll see.

Is that the worst part that we just keep saying you don’t look like 100 percent? When you look at that and you get that winter off-season, if you have another year, what could that linebacker unit look like, if everybody is together, what that could mean going forward? I think we have some very talented young linebackers, guys that prior to this season haven’t had a lot of game reps and that’s part of it. The more we play together, the better we’ll be. 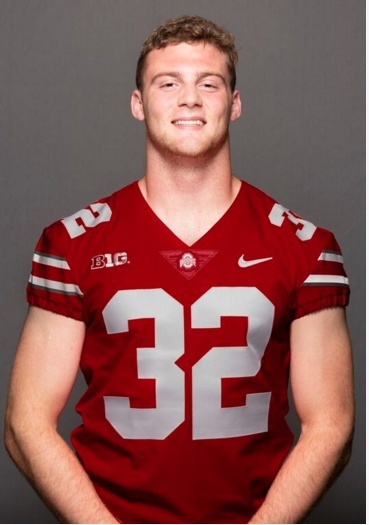 So are there – so there’s no specific kind of areas of improvement that you feel like you need to see out of this game? We definitely need to keep improving. I’m just saying like we don’t feel the need to prove, like ourselves, to others.

But do you feel like this game could be a steppingstone for 2019? I do.

In what ways do you feel like – what would be a successful Rose Bowl for the linebackers? I don’t know, that’s hard to put into words what a successful game would be like. Obviously winning. Obviously playing well and sending Coach Meyer – that’s really all we’re worried about.

So every day we’re going to go about our business, putting in the extra work, practicing well and we’ll see what happens.

What do you see when you flip on the Washington film? Very talented offense. You’ve got a trio of running backs that are all very capable and very talented. A veteran, savvy quarterback that’s had a lot of experience in the past. Obviously he’s put up some big numbers, big O-Line, talented receiver.

Are they a team that they do everything well, or is there one thing that you want to take away from them? Their identity, their M.O., lies behind their running backs and O-Line. I think they want to run the ball. Kind of play into their defense.

Do they compare at all to a team you’ve faced this year? Personnel-wise, they do some things similar to team up north, multiple tight ends. They utilize the running backs well.

Myles Gaskin, what do you think about him? What stands out about him? I think his patience, and then his burst after he makes a decision on where he wants to go. I think he’s a 5,000-yard rusher or something like that. Obviously very talented.

Does that change anything – I think you just need to be a little more patient. Not burying yourself in a block. Staying free and then being gap-disciplined. At the end of the day, you take away all the running lanes, there’s not going to be anywhere to go.

In terms of the long runs you guys gave up, was it a little bit of egg, sometimes guys not getting off blocks or somebody wasn’t in a gap? Does it vary from play-to-play? Yeah, I think it kind of varies, just a mix of whatever happened on that play.

Are there things that you can work on in practice? – obviously everybody being in the right gap? Yeah, fundamentals, it’s something we’ve been working on throughout this Bowl prep, the first few weeks or so were all about fundamentals before we got into game planning.

What is the key fundamental a linebacker works on from day-to-day? Tackling. Block instruction.

And does it become monotonous? I don’t know. I’ve seen every board at practice, but certainly things we drill every day.

Fundamentals would be something like when you’re in elementary school, learning to do your ABCs correctly according to the teacher. Is that what it’s like? A little bit. A little bit.

And every day you’re being scrutinized? Yeah.