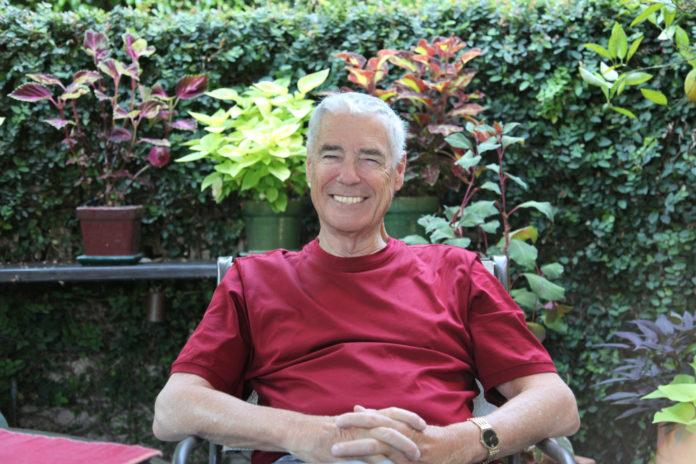 Long time South Pasadena and Pasadena resident Paul La Combe died on June 20, 2022. Paul was born in Sacramento and grew up in the San Francisco Bay area. He attended Castro Valley High School and Stanford University. He owned several businesses in the Los Angeles area and became a professional coach and mentor to many CEOs and business owners.

Paul was active in many civic and school programs in South Pasadena. He was a founding member and past president of the South Pasadena Educational Foundation (SPEF), served on school site councils, and coached many youth soccer and softball teams.

In the 30th Anniversary book about SPEF chronicling its history, Paul shared details about the early days of the organization:

The first year of SPEF was moderately successful in fundraising and the community responded to our campaign. But, we didn’t have a clear plan of what to do with the money so that the givers could see how their contributions helped our schools. The next year we didn’t do well raising money. A few of us decided that SPEF needed some new life. This resulted in two programs that I believe saved SPEF and brought much needed resources to our schools. I started having weekly breakfast meetings with members of the school community. We had frank, open conversations that lasted an hour or more. From these meetings grew a consensus that we needed to increase our visibility so that donors could identify what their money was doing and how it was being spent.

The small grant program was launched to encourage teachers to apply for funds for specific classroom projects. It worked! The following years we started having significant increases in donations and applications. The teachers started getting involved in a big way. The second project that was started a year or so later was the summer school program. Until this time, the School District had contracted with various universities to run a summer program for our students. The SPEF Board was divided on taking on this project. We were all volunteers with very busy lives. Running a summer school is a big job. The first year was scary for all of us. The summer school program became a winning program.

Paul is survived by his wife of 56 years, Susan, and their 5 children, all graduates of South Pasadena High School – Paige, Clark, Robin, Alan, and Kelly. He was a proud grandfather of 13 grandchildren.

Paul will always be remembered as a great listener sharing his love, kindness, and constant optimism for life with all his family and friends.

A Celebration of Life will be held July 31, 2022. Please contact the family at paul@thesgf.com for more information.