Once residents have a full understanding of how the funds are being used, Ed Donnelly believes they will vote no on a utility users’ tax (UUT) repeal come November.

While those on hand at a Tuesday night ice cream social chose between vanilla or chocolate, Donnelly was outside the South Pasadena Library Community Room talking about how the UUT has been funding basic services in South Pasadena since 1983 and accounts for 12 percent of the city’s General Fund budget, amounting to roughly $3.4 million per year.

“The average household in South Pasadena pays 16 cents a day,” explained Donnelly, when asked to break it down on how much residents can expect to pay for the UUT. “Personally, we pay about $1.80 per day. We have a lot of landscaping and two different air conditioning units. It all depends on your consumption of utilities. But from the city’s research and data, it’s about $16 cents per day.”

The median average per household is $5 a month.

A Tea Party group, however, wants it to go away. On November 6, the general election ballot contains a measure asking South Pasadena voters to repeal the local UUT.

To counter the effort, the South Pasadena Public Services Committee, headed by Co-Chairs Donnelly and Yuki Cutcheon, has launched a campaign to defend the tax.

Outside the South Pasadena Library Community Room, guests were treated to large scoops of ice cream, before the event moved inside the historic building as Donnelly and Cutcheon talked about the positive impact of what UUT funds will do for the community.

As outlined in a letter to the community, funds:

Without the funds, the co-chairs contend the city must cut positions and services, resulting in possible consequences including:

In the letter to the community, Donnelly and Cutcheon pointed out, “These cuts will radically alter the lifestyle that residents of South Pasadena cherish. A majority of you must vote ‘No’ for the repeal or the cuts will take place immediately. Watch for updates from us as the city determines exactly what cuts will occur.”

At the close of Tuesday’s ice cream social, paid for by the committee, Donnelly urged residents to make a donation toward the “No” on repeal of public services and quality-of-life-campaign.

Why? “Paying for Ice cream isn’t cheap,” he joked, drawing a laugh from audience members.

“This is not a new tax,” stressed Cutcheon. “It’s a tax that has been around for 35 years.”

Donnelly doesn’t look at it as a tax but an investment in the community when he talks about protecting safe neighborhoods, maintaining current public safety standards, making infrastructure repairs, keeping city services and traditions like the 4th of July.

He also encouraged community members to get involved as volunteers and donate time. “Sign up to knock on doors, to make phone calls, help us get a mailing ready…whatever it takes. Please join us.”

In closing, Donnelly asked the crowd, “How are you going to vote on November 6?”

He heard what he was looking for when the seated guests shouted “No!”

Donnelly, liking what he heard, smiled and said, “I think you got it.” 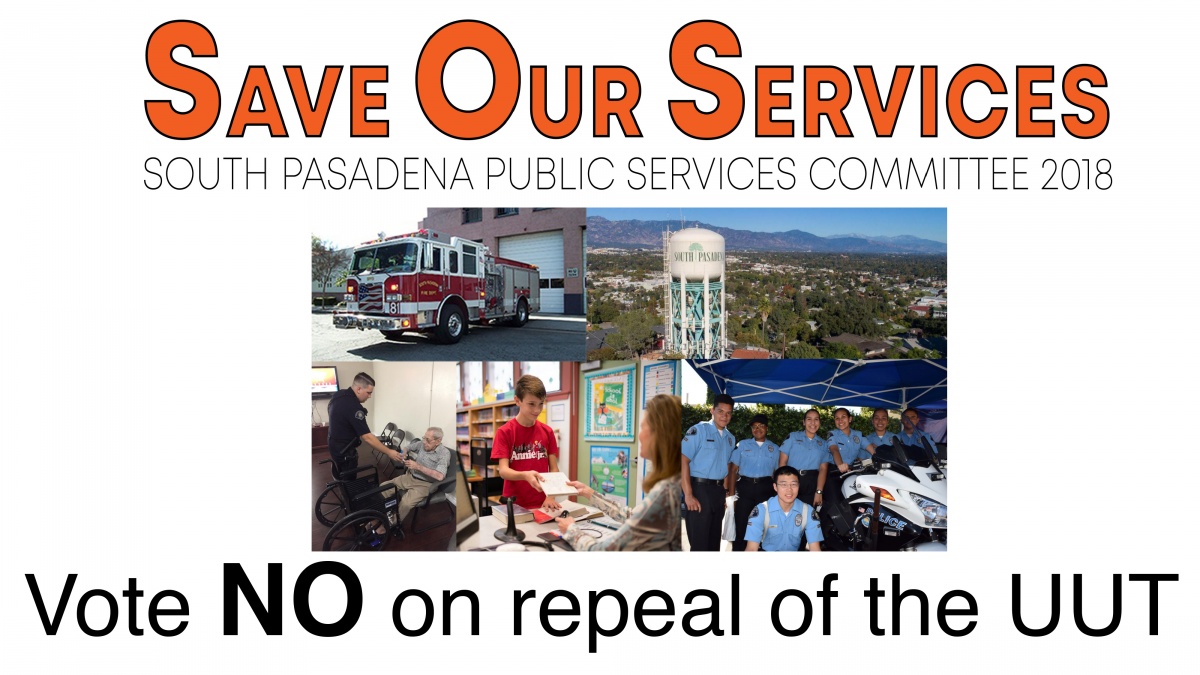 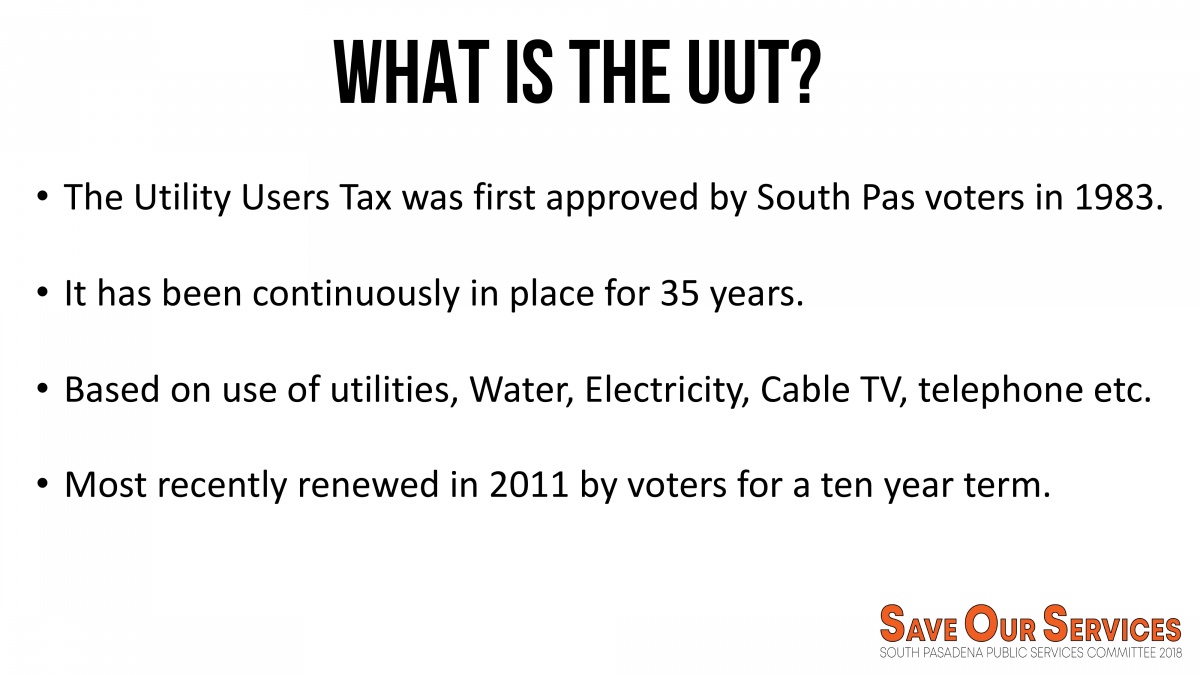 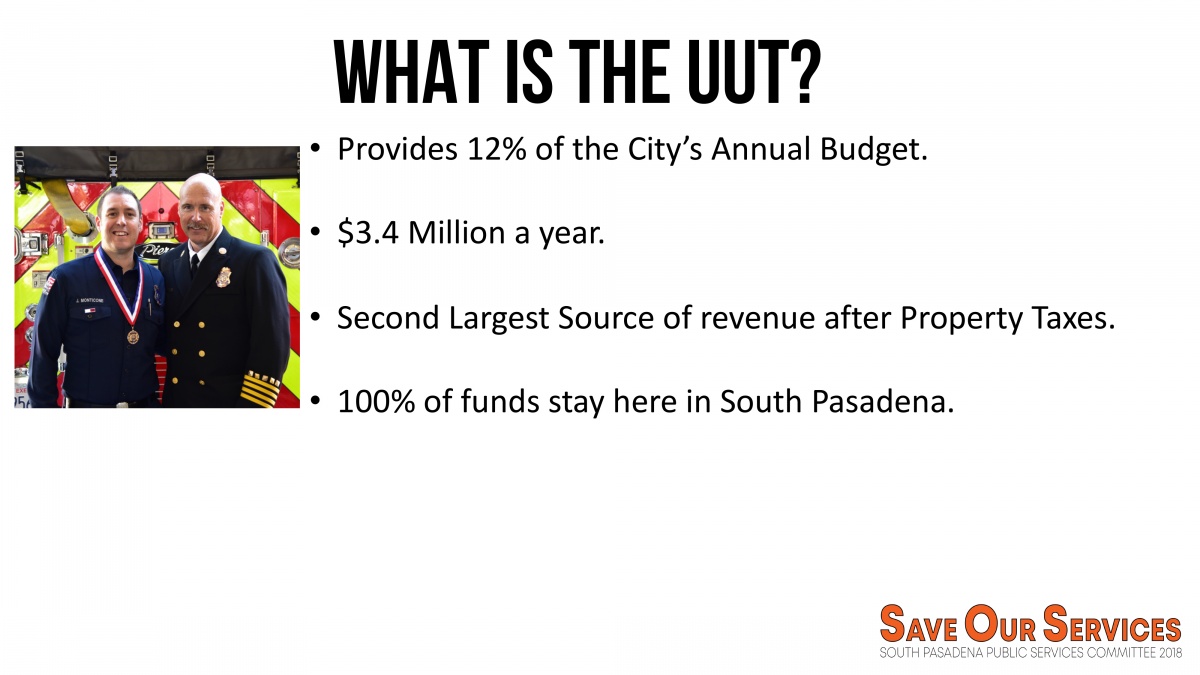 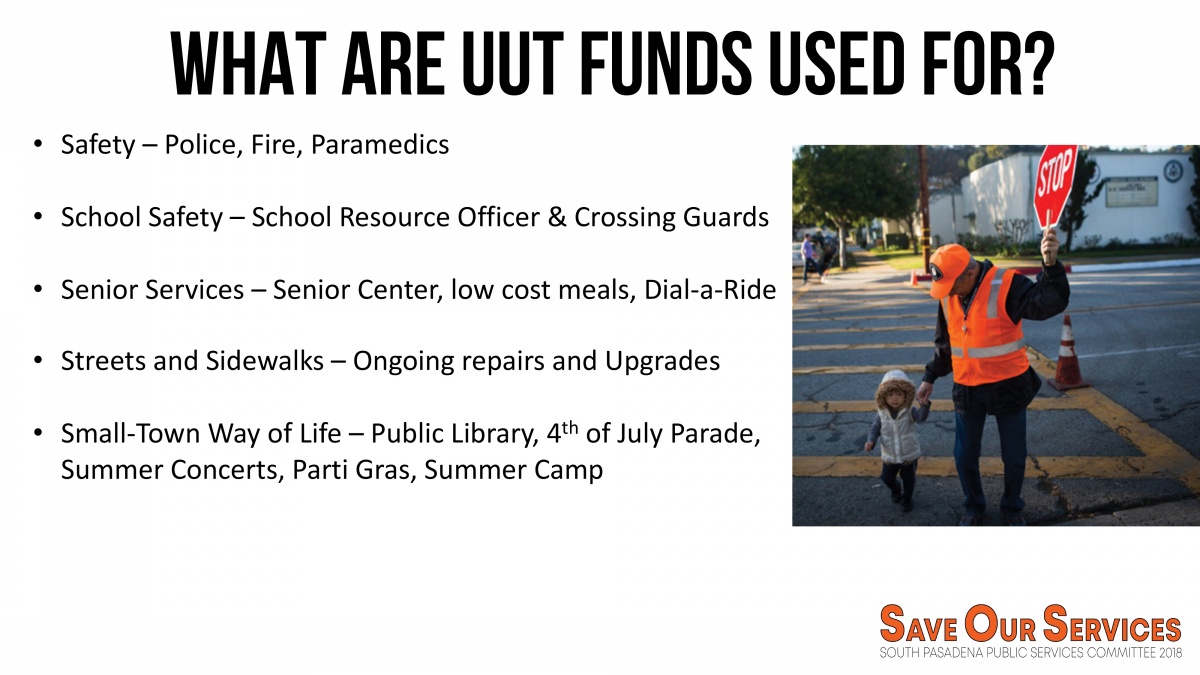 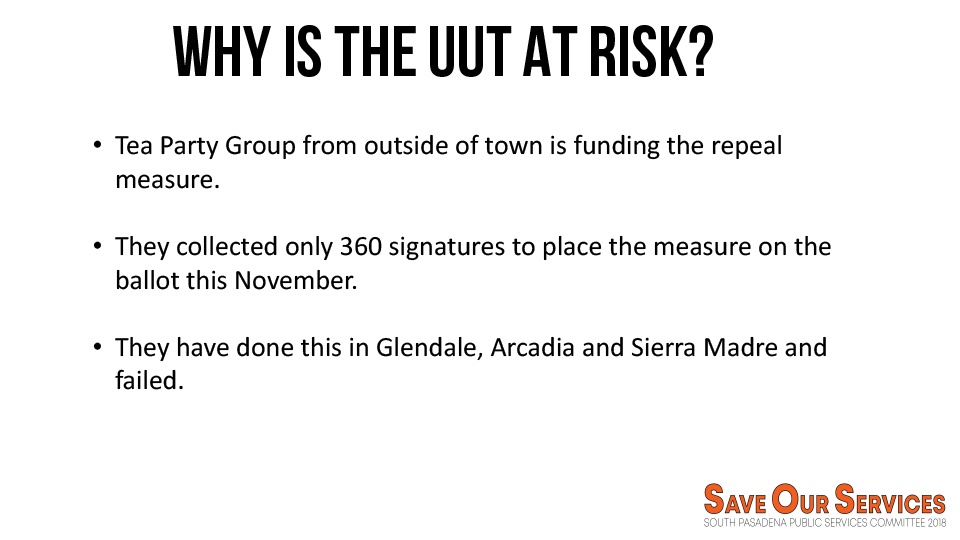 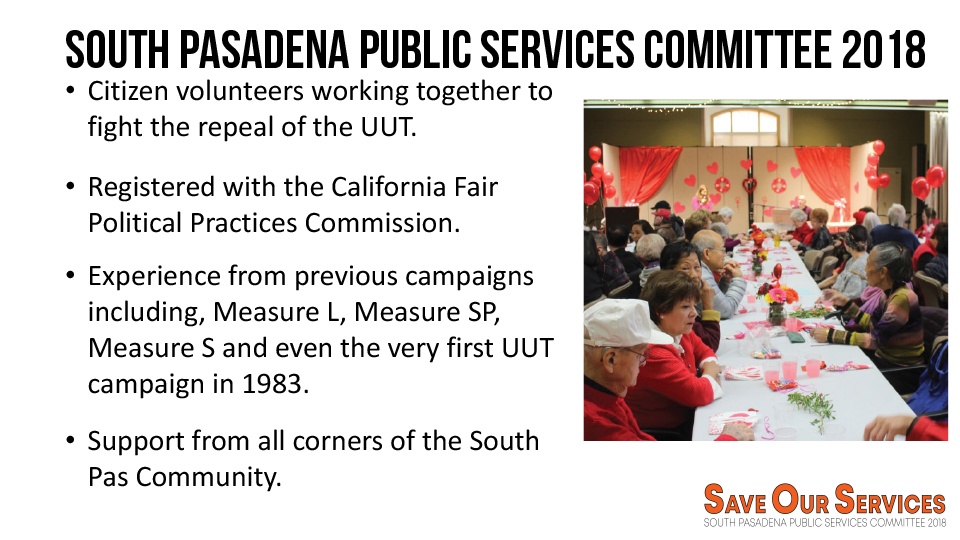 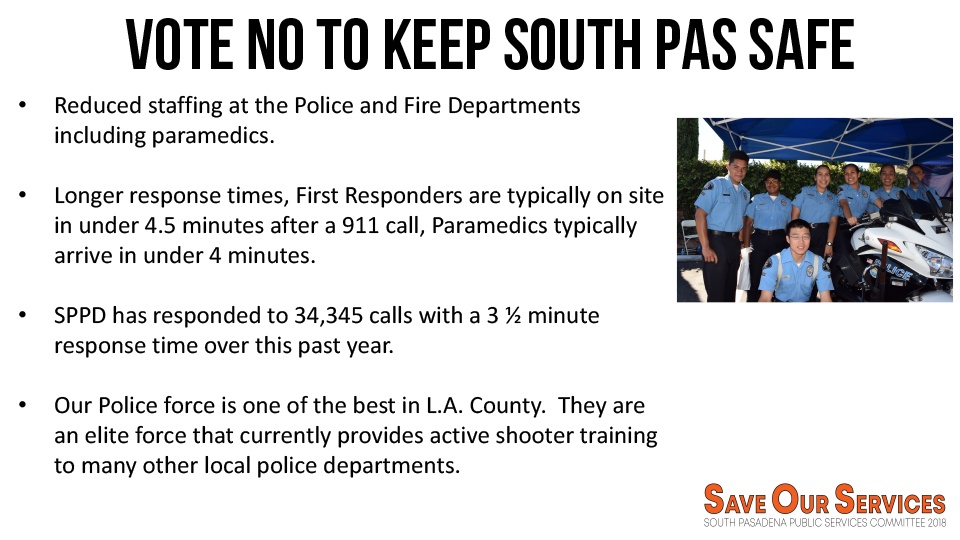 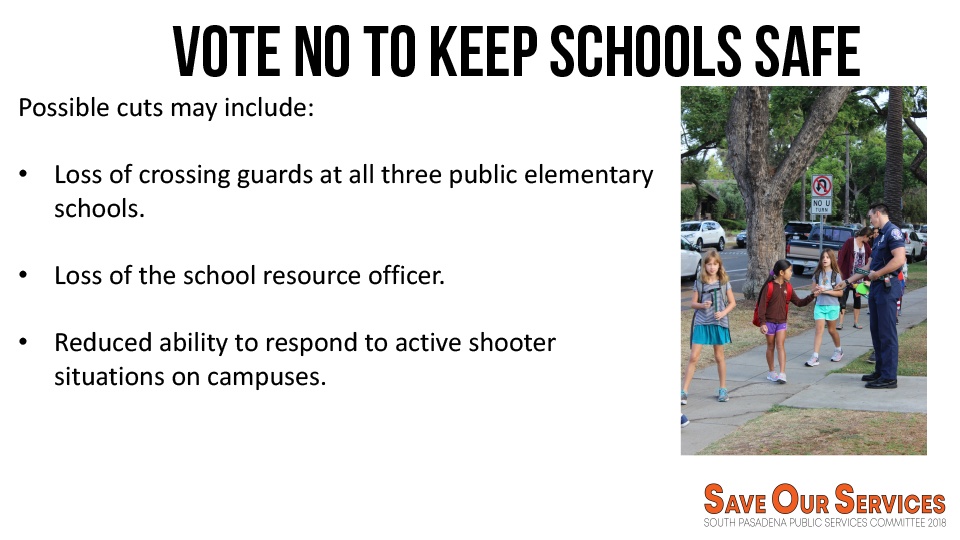 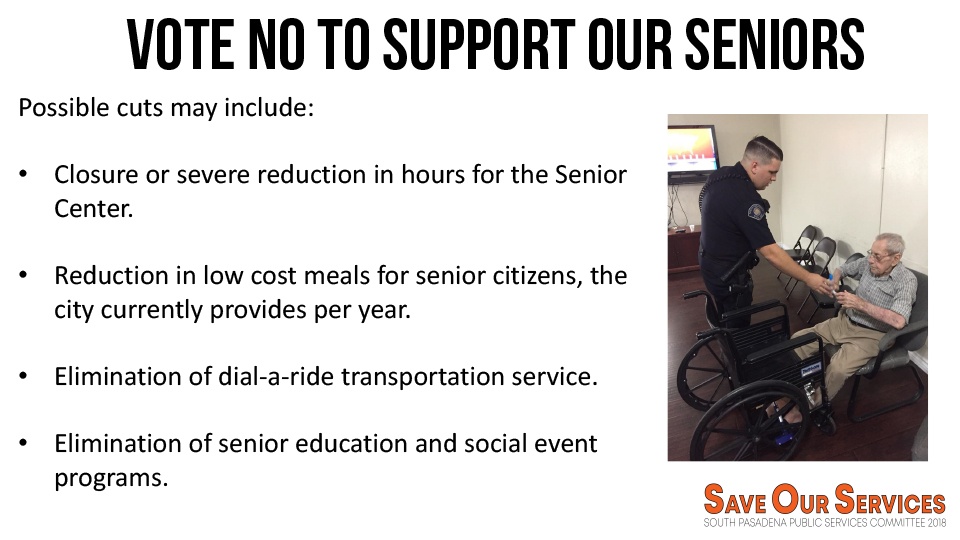 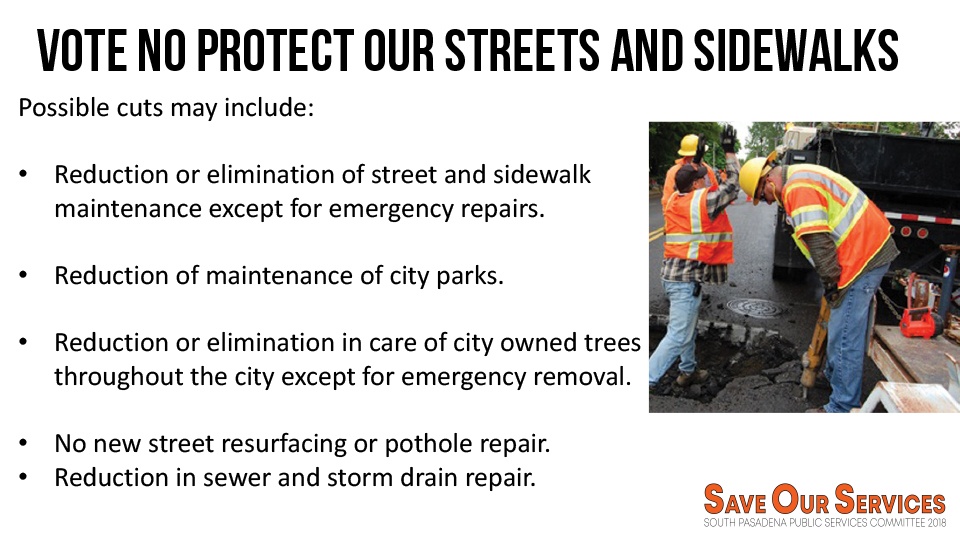 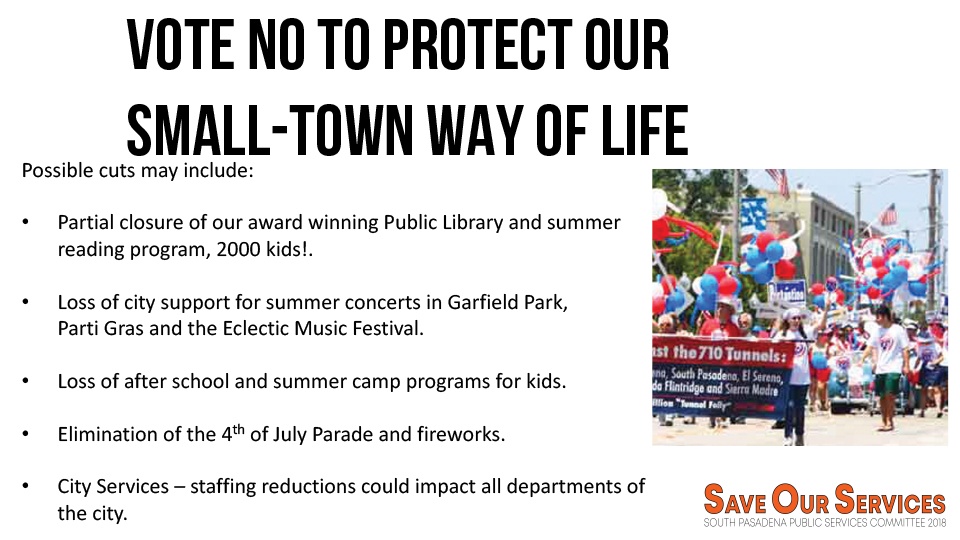 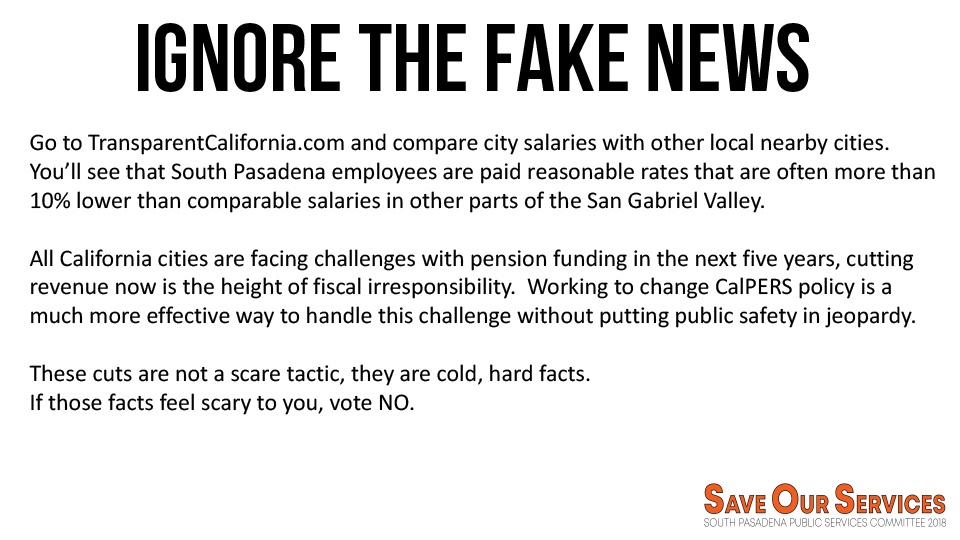 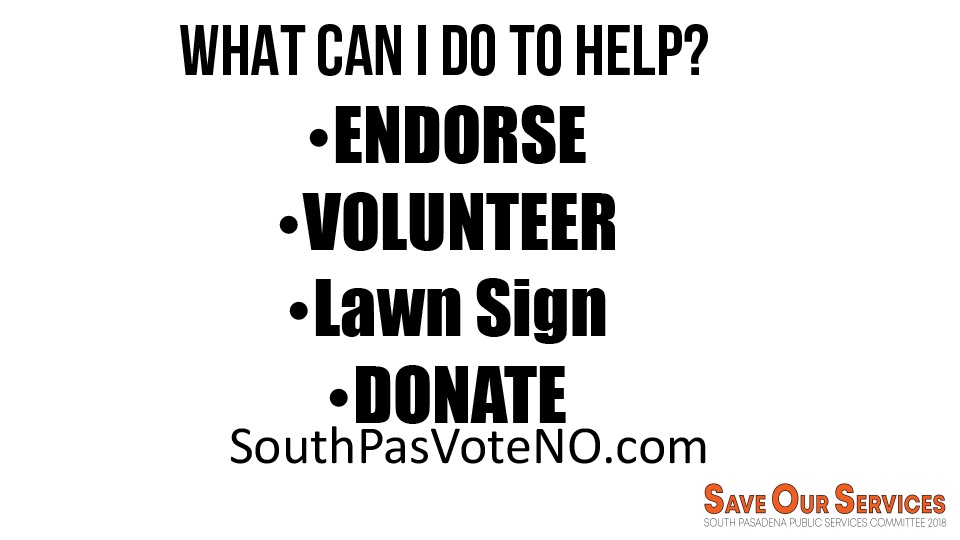 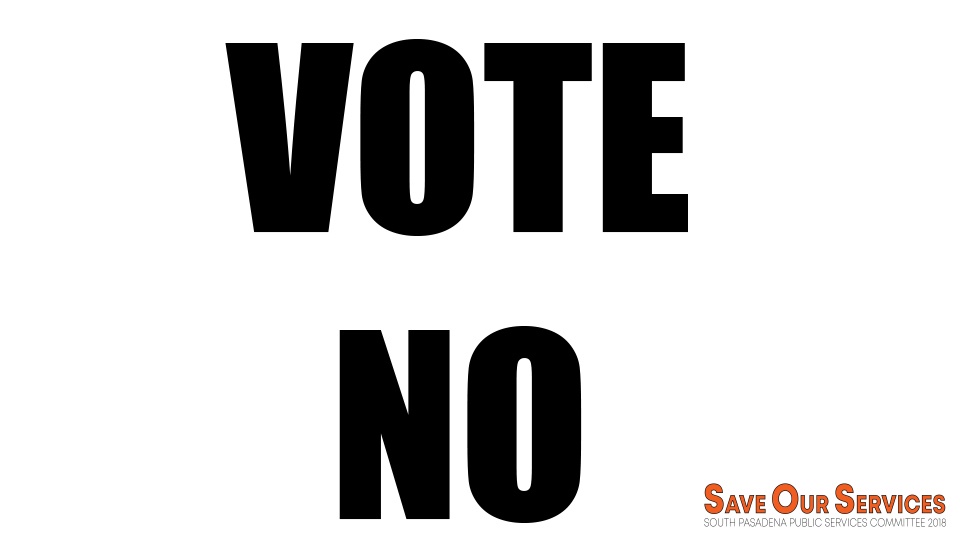 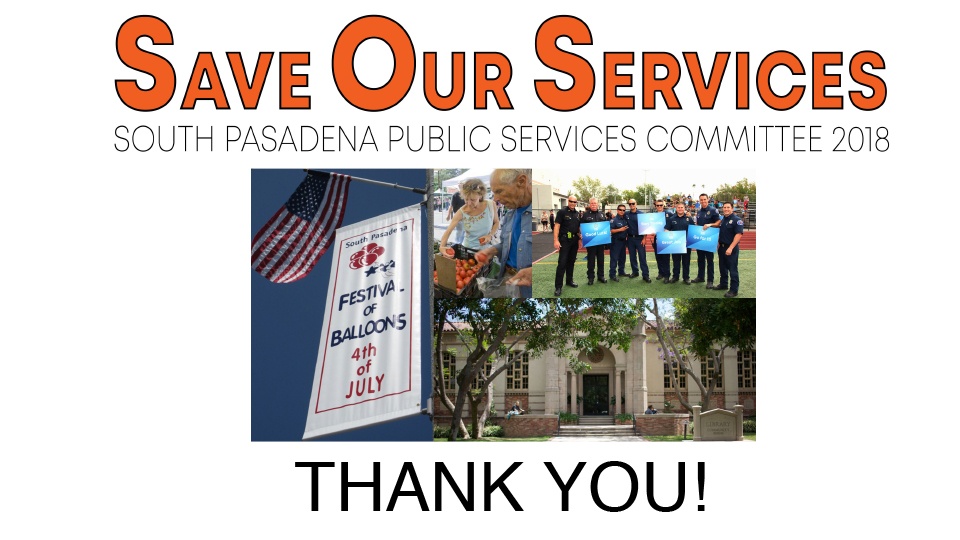