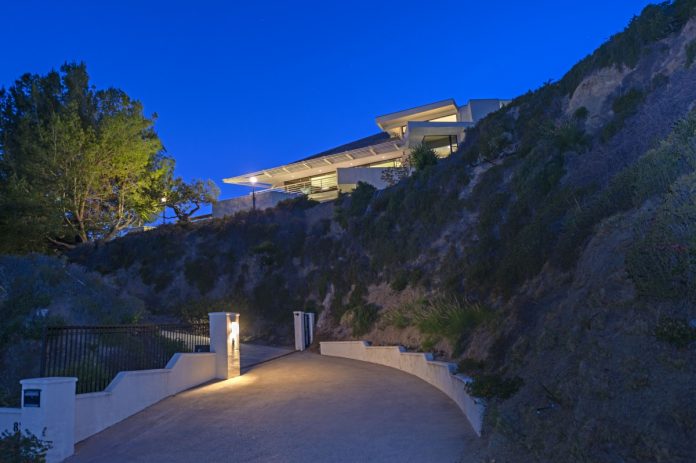 The first thing you notice about 83 Patrician Way is that the home sits above everything. This magnificent mid-century modern home is accessed via a private drive just minutes from South Pasadena that seems to take you up into the clouds.

Resting on an enormous 2.35 acre lot, perched atop the communities of North East Los Angeles is a truly unique architectural structure which seamlessly blends both indoors and outdoors.

The home was conceived and built during the period of 1968-1969. The builder and first owner was James “Jimmy” Keochakian. Mr. Keochakian (1936-1996), was a native of Wisconsin and worked his way through Los Angeles City College as a flower seller. He later became a securities dealer for P. N. MacIntyre & Company. The home has since been referred to as “The Keochakian Residence”.

The original vacant parcel was purchased in September 1968 from the modernist architect Allyn E. Morris and his wife Mary who lived nearby at 90 Patrician Way. Shortly thereafter on October 2, 1968, the City of Pasadena issued a building permit for a two-story, 3,000-square-foot residence and carport. The house would have stucco and block walls and a roof covered with aluminum and composition material. Allyn E. Morris was to be the architect.

The property at 83 Patrician Way is a 3 bedroom, 3 bath home of approximately 3,044 square feet. This multi-level home boasts a salt water pool in addition to “forever” views of Los Angeles – including the downtown skyline. Walls of glass, clean lines, sharp angles and an indoor-outdoor flow characterize this late 60’s modernist home.

83 Patrician Way in Pasadena is currently being offered for sale with a listing price of $2,795,000. The listing is held by Thomas Inatomi with Berkshire Hathaway HomeServices.

Mr. Inatomi described the perfect new owners, “I think there are many potential buyers for 83 Patrician Way. Certainly, a single buyer or couple would seem to be the most likely purchaser but a family also makes sense, regardless if the children are young or older. According to the current owners, the previous owner had a vision of building multiple homes on the upper portion of the lots so an owner-investor could very easily be the purchaser.”

The dramatic and unique architecture of the home coupled with the abundant views and enormous lot make this property stand out – even in a city where magnificent homes are plentiful.

When asked what he sees as the most compelling features of 83 Patrician Way, Mr. Inatomi replied, “To me, the most compelling features of the home are the prominent architect, his design style and the amazing views. Allyn E. Morris’ design style of Patrician Way might be considered an expressionistic vision of modernist architecture. The extensive use of glass not only promotes an indoor-outdoor lifestyle, it also provides panoramic vistas from nearly every room.” 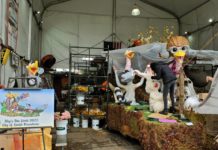