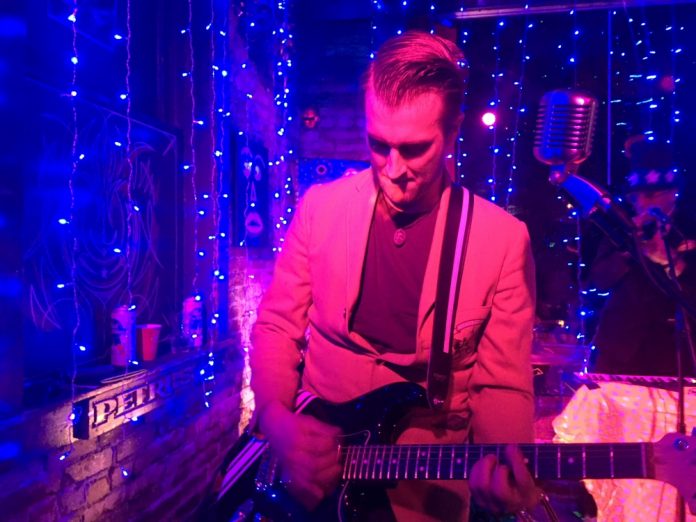 It was prom at Old Town Pub last Saturday the 11th and I followed suit by wearing black jeans and a hoodie, which to me seems appropriate prom-ish wear. The bar itself was already in a buzz, the drinkers drinking and donning some very impressive Prom wear.

The first band was set up already, a three piece math rock group by the name of King Llama so I bought a pint and went outside, which is where I saw BoogieWhip the singer of the band that I was so anxiously awaiting to see. Top hat donned with Saruman like palm prints on his head, a vest and little else BoogieWhip did indeed look ready to do some boogieing. 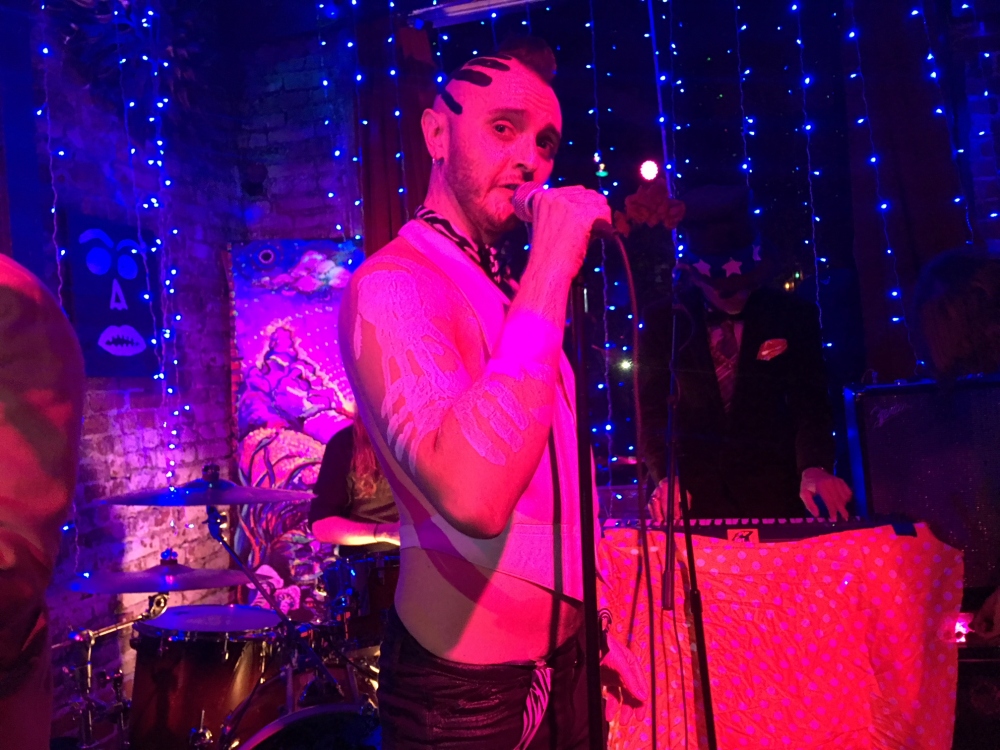 I’d heard of Hot Sauce Holiday and had been waiting a couple months for a chance to see them. I’d heard many good things, the first being about how hard they work and how much they put into their music, which sounds like a good time to me. So I sat back and chatted a bit, drank maybe a little more than a bit and waited to watch them play. The first band went on, with a very tight rhythm section and some very interesting time signatures, if math rock is your thing King Llama may be the guys to bring it to you.

After awhile Dan Rambles(guitar) showed up, Axe Monkey(the drummer) Enigma(bass) and The Rooster(keyboards) as well. After King Llama and a few more drinks Hot Sauce Holliday hit the stage.

Hit the stage isn’t even an accurate description, they exploded. The room instantly filled with revelers, dancers, laughter, people singing along, it became very clear to me very quickly that not only had I stumbled into something fantastic, I had also found something very special.

When BoogieWhip describes them as Rock and Roll Cabaret, it isn’t just a description, it’s a promise. Not only did these guys absolutely OWN the crowd, they did so with such grace and aplomb that it looked so easy to them. On a technical stand point I was even wowed. Axe Monkey and Enigma lock in hard, the whole band as whole is unbelievably tight.

Rambles place with the ease of a well rehearsed and solid guitar player not once letting up on fun and talent, and The Rooster brought the keys to flame. BoogieWhip himself a fury of sex and humor, the way the band interacted with each other was simply perfect. You can tell how hard they all work and it really shows in the songs themselves, well written with not only every musician in mind but the audience as well, the songs are thought out, fun but, not at the expense of being too ridiculous. 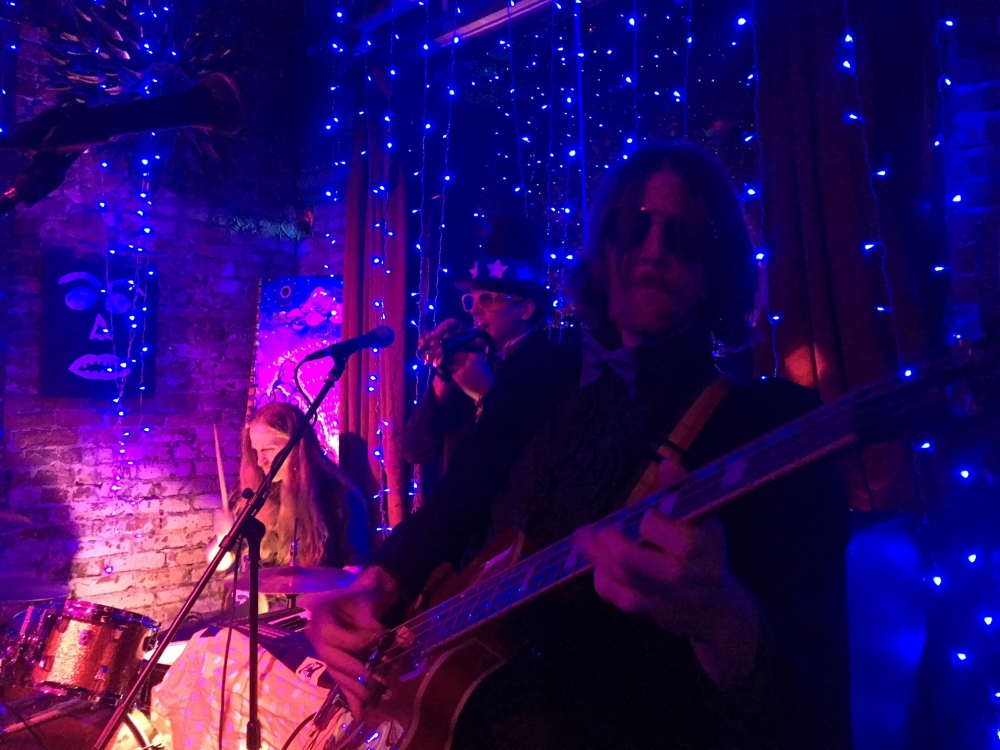 While definitely there to entertain the boys did so with such musical clarity that even a gloomy guy such as myself got caught dancing. The genre itself is pretty undefinable. From funk to pop to rock to anything that’ll make you dance, they bring it. I’ve never really seen a band interact with an audience so fluidly as well and when you’re at a Hot Sauce show you are a part of the show itself. In all honesty I’ve rarely ever seen a band and had so much fun. They even made brownies for a fan. Does your band make you brownies? I didn’t think so.

They got off the stage leaving us all a lot more satisfied then when they went up. The night de-evolved into in the usual Prom fashion, drinks and dancing. If you see one local band this year, if you want to experience live music that will actually make you feel alive, make it Hot Sauce Holliday.

It was Prom Night at The Old Town Pub last Saturday the 11th and Hot Sauce Holliday came prepared. You can find their first album ‘Happy Everything,’ on iTunes, Reverb Nation, Spotify and Soundcloud.

They also have a residency at the Old Town Pub every second Saturday AND they will be playing Sunday November 19 for the Doo Da Parade and around 1pm at the Old Town Pub that same day, I also have it on good word from BoogieWhip himself that Earth Arrow will be playing the same show at 4pm and they are super excited to get to share a stage with them, which makes me want to be there, badly. They will also be playing December Fifth at the Mission Cigar Lounge in Riverside.

Please make sure to check their website HotSauceHolliday.com AND check out their video for their song ‘Germs’.​