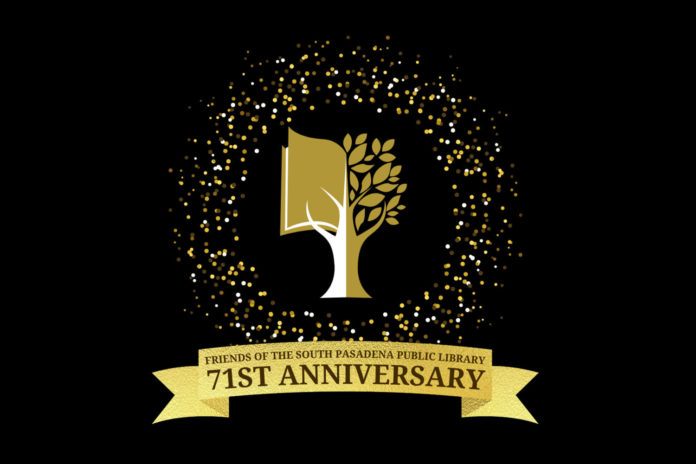 Officials at both the City of South Pasadena and its School District are recognizing the longstanding contributions of the Friends of the South Pasadena Public Library (Friends). The nonprofit organization is 71 years old this March.

Geoff Yantz, South Pasadena Unified School District superintendent, praised the Friends at the March 9 regular School Board meeting conducted on Zoom. He cited the years the organization has been “supporting our schools and all the different programs that they provide, including the Summer Reading Program.” He said this is “very well attended… a lot of our students participate.”

The five School Board Members passed a resolution by unanimous vote to commemorate the Friends’ anniversary. The document affirmed that the Friends “is an integral partner and resource not only in the education and enrichment of the students of South Pasadena but also the entire community.” The declaration recognizes that the community’s contributions to the Friends provide dozens of programs that serve students.

South Pasadena’s City Council agenda for March 17 also included a proclamation celebrating the Friends’ anniversary. The group’s enduring support of the public library and the community are recognized in the document.

Included in the city’s resolution is one significant accomplishment of the Friends; the generation of a total of more than $1.5 million for the Library. This has been raised by selling donated used books through the Friends’ all-volunteer bookstore, which opened in 1982.

The Friends’ organization has funded many online services annually, according to the proclamation. This includes offerings that have soared in use since the pandemic — e-books and audio books, film streaming and tutoring services. The Friends nonprofit has sponsored many performances, films, concerts, plays, cultural presentations, children’s events and appearances by renowned sports, entertainment and other well-known public figures.

Mayor Diana Mahmud, who is the City Council Liaison to the Library Board of Trustees, appreciates the contributions of the Friends. She said in an email, “I have always said the Library is the literal and figurative heart of the community, and a large reason is due to the Friends. The Friends do a great job of soliciting needed funds, which are used to augment or fund entirely important Library programs, such as the Summer Reading Program and such virtual services such as Ancestry.com. Simply stated, it wouldn’t be the same library without the Friends!”

The Library’s governing body, the Library Board of Trustees, agrees.

Bianca Richards, its current president, said in an email, “I have a renewed appreciation of the Friends of the South Pasadena Public Library. This all-volunteer group of residents has been an integral part of the library for 70 years. The group’s sole purpose is to financially the library and enhance services in order to make it the very best it can be.”

“The Friends of the Library make it possible for more arts in the community,” she continued, “with the Restoration Concert series, author talks, and the visual arts in and outside of the building. The Friends… support children and teen programs so new generations of readers and lovers of libraries are nurtured.” The Friends help the Library meet its technology needs, she added.

“The Trustees value its ongoing relationship with the Friends,” she added, “which is an enormous asset to the library and community.”

To become a member of the Friends, donate online at www.friendsofsopaslibrary.org. One can also send a check to the Friends of the South Pasadena Public Library, 1100 Oxley Street, South Pasadena, CA 91030.