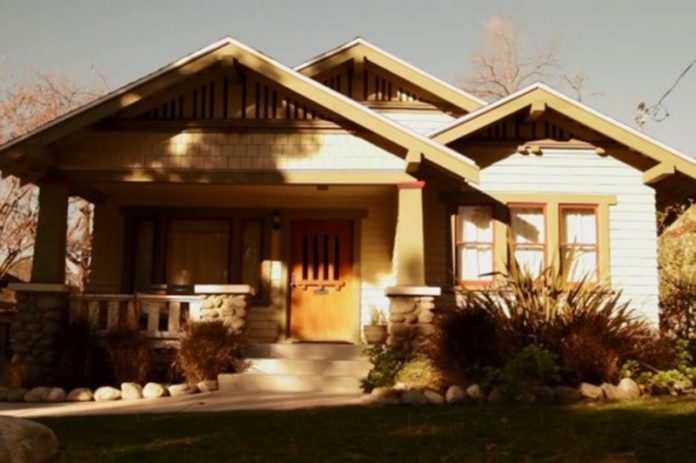 A Film Night featuring a screening of the acclaimed documentary “Bungalow Heaven: Preserving a Neighborhood” will be presented on Thursday, June 15 in the Library Community Room at 7 p.m. The event will also feature an Introduction to the film and Q & A by Montalvan and John Brinkmann, the publisher of “American Bungalow”magazine. The free program is presented by the South Pasadena Public Library, the Friends of the South Pasadena Public Library, and the South Pasadena Preservation Foundation. Special thanks to American Bungalow magazine, David Kramer, and 210eastsound.

Joaquin Montalvan was born in Los Angeles and grew up in Alhambra and Pasadena. He attended St. Francis High School in La Canada before studying acting and filmmaking at UCLA. Joaquin made numerous documentaries including “Visual Futurist: The Art & Life of Syd Mead” that won the Audience Award for Best Documentary at Dances With Films 2006. He reemerged into the world of narrative feature film making and made several horror thrillers. In 2015, he completed the documentary “Bungalow Heaven: Preserving a Neighborhood” nominated for Best Documentary at the Pasadena International Film Festival.

At an early age Joaquin lived in a Spanish style home with a welcoming front porch, hardwood floors and a fireplace. He knew he wanted these features someday when he purchased his own home. In 1997 that’s exactly what he and his wife did when they purchased a home in the Bungalow Heaven District of Pasadena. Over the next 18 years, the Montalvans cultivated friendships in the neighborhood, paving the way for him to film and direct the remarkable documentary, “Bungalow Heaven: Preserving A Neighborhood”. Not long after moving into the neighborhood, Montalvan started taking photos. As a documentarian, it made sense for him to direct a full scale film about the history of the neighborhood, its residents, and the constant threat from developers.

“I had done other documentaries before when I was initially searching for the story,” according to Montalvan. “For this project, I immediately knew what the story was, because it’s been going on in my own backyard.” Interviewing everyone from local residents, to bungalow historians and architectural scholars, the film takes viewers on a journey from Pasadena’s early days as a farming and agriculture center, to its current status as a destination away from all of the traffic and hubbub of Los Angeles. The film centers around the residents’ efforts over the last 25 years to preserve the character and timelessness of their charming neighborhood.

Officially established as the Bungalow Heaven Landmark District in 1989 – the city of Pasadena’s first such designation – its mission has always been “to preserve the historic qualities of the area and to deter demolition, destruction, alteration, misuse, or neglect of architecturally significant buildings that form an important link to Pasadena’s past.” “More recently in 2008, thanks again to the ceaseless efforts of its residents, Bungalow Heaven was added to the National Register of Historic Places. Looking back on the project, Montalvan is most proud of the heart and spirit of the community that comes through in the passionate testimonials in the film. He would love to see the film become part of a movement for the continued preservation of Bungalow Heaven and other places like it.

John Brinkmann has bungalows in his blood. Both of his grandfathers built bungalows for a living, and he grew up in the bungalow his family still owns. Early in his career, John discovered his employer had a library of Arts and Crafts design magazines. Drawn to the extraordinary beauty and functionality of the objects they depicted, he pored over them. His lunch-break captivation was destined to influence his life and career. Some 20 years later, John moved his thriving graphic communications business from metropolitan Los Angeles into a 1914 bungalow in suburban Sierra Madre.

Soon, Brinkmann found that many of his corporate clients enjoyed leaving their chic high-rise offices to visit his snug bungalow studio. John had witnessed first-hand the enthusiasm so many had shown for his bungalow. He decided to start a newsletter for bungalow owners. The idea quickly took on a life of its own, and soon his newsletter had grown into a full-color magazine. Today “American Bungalow” has subscribers in every state and some twelve countries. It appeals to high-end Arts and Crafts collectors, as well as young families discovering the bungalow’s charms. 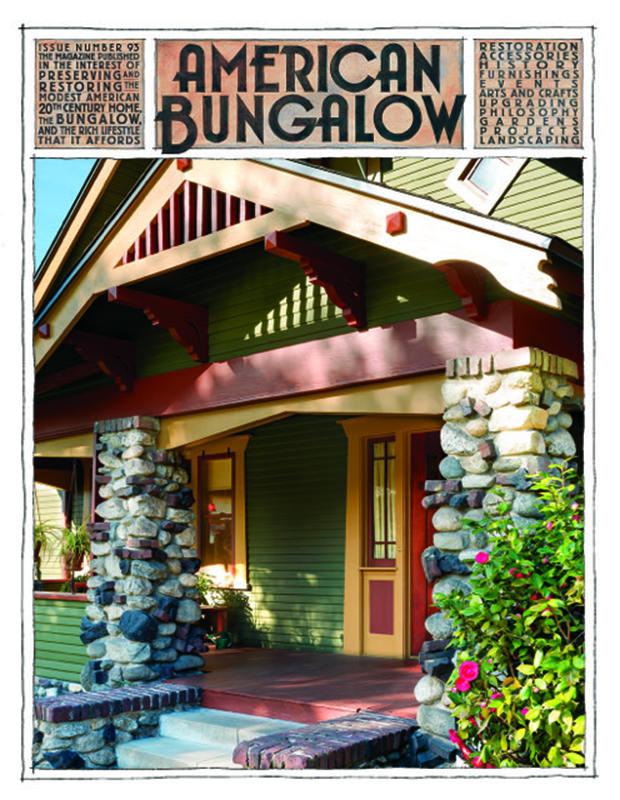 Publishing a magazine to meet the interests of diverse audiences is challenging, but John is insistent that every issue portray the basic honesty of bungalow living. Staying true to the essence of the movement, he makes sure that “American Bungalow” continues to be an “owner’s manual” for a simpler, more artful way of life. No matter if John anticipated the bungalow revival or helped ignite it, his fascination is now shared by tens of thousands worldwide.

The Community Room is located at 1115 El Centro Street. No tickets or reservations are necessary and refreshments will be served. DVDs will be available for purchase.