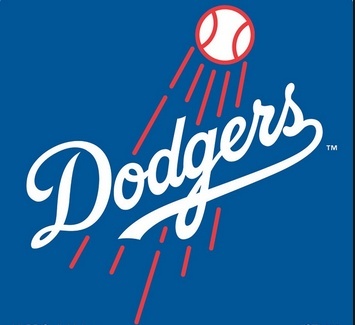 It wasn’t the start the Dodgers were looking for as they look to bounce back Wednesday night in Game 2 of the World Series.

Boston is a team that makes you pay and if you make mistakes against them, chances are you’ll come out on the other side with a loss, which Los Angeles did as it did 8-4 to the Red Sox Tuesday night.

The pitching was suspect and defense was subpar putting the Dodgers in an early deficit. Combine the two and it’s difficult to come out on top.

Clayton Kershaw struggled from the outset with a 20-pitch first inning, and couldn’t get the help he needed when LA first baseman David Freese misplayed a foul ball that later led to a Boston base hit and Mookie Betts scoring a run.

“The slider wasn’t very good tonight,” said Kershaw. “Didn’t have the depth, kind of flat in the zone, and they made me pay for it. All the way around, wasn’t a great night. It’s a hard team to beat, no matter what. They can hit homers, they can put the ball in play getting singles, working the count, getting walks, stolen bases, all sorts of things. Can’t do that either [the extra outs] for sure.”

Later on in the contest, Joc Pederson, brought in for defensive purposes, couldn’t catch up with a ball down the left field line. It resulted in another Boston player getting on base and a run coming across the plate. Earlier in the game, Yasiel Puig threw to the wrong base resulting in another Boston run.

The clincher came in the seventh when Eduardo Nunez, coming off the bench as a pinch-hitter, belted a dramatic 3-run blast to left, putting the contest out of reach. Giving it up was Alex Wood, who came in relief of Pedro Baes after he was sailing, leaving many to question Dodgers’ Manager Dave Roberts for making the move.

The crowd rose to its feet after the blast by Nunez barely cleared the Green Monster, creating instant euphoria inside historic Fenway Park. “I think that was the best feeling for a player, to see all that the fans like that,” said Nunez told MLB.com. “They paid the tickets to watch us play, and to have them going crazy in that situation – I think that’s a great feeling for us.”

Boston is 8-0 during the postseason when it scores first.

The Red Sox outhit the Dodgers 11-8. Justin Turner provided solid hitting for the Dodgers as he went 3-for-5 on the night while Manny Machado was 1-for-3 and Matt Kemp blasted a homer.

On the other side, doing the damage were Betts, who was 1-for-4 and scored two runs, Andrew Benintendi going 4 for 5 and scoring three times, and J.D. Martinez, with a 2-for-3 night and scored once.

Boston is a team that takes advantage of your mistakes and keeps the heat on their opponent.

On Wednesday night it will be Hyun-Jin Ryu on the mound for the Dodgers against the Boston’s David Price.