Throughout June, South Pasadena All-Star Little League teams fought within their respective districts for a chance at advancement in the tournament. Of South Pasadena’s five eligible softball and baseball teams, all five were able to win a District 18 Championship. Beyond that, however, South Pasadena’s squads have had mixed results within the round of sectional play. 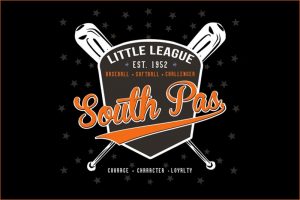 For baseball, South Pas’ 10-year old team was able to secure a title in District 18, where they are set to play their first game on Saturday, July 14, at 3:30 p.m. in the West Covina American Little League field. In the older divisions, South Pasadena was able to win the district for their junior and senior teams. Unfortunately, both squads were eliminated in the sectional round.

In softball, South Pasadena’s 10-year old team has found great success. After winning district 18, the girls’ additionally conquered section 3, in rout to the state championship. The team currently sits in the winner’s bracket, with their next game on July 14, in West Chester at 12:00 p.m. Junior softball also fared well, winning their district, but failing to advance within sectionals.