For many years, as far back as anyone can remember, there has been an urban myth circulating not only on the South Pasadena High School campus, but all over South Pas, that SPHS is banned from attending Grad Nite at Disneyland due to some past egregious event. The rumors varied from students having snuck alcohol into the park to students caught stealing merchandise. Let us say loudly and clearly; NEVER HAPPENED.

Every year as the high school PTA is tasked with planning the Grad Nite with the Senior class, someone will invariably inquire about Disneyland’s Grad Nite and every year some form of the “we are banned” story gets passed around and they go about finding alternative locations which have varied over the years from an evening on a yacht to an all night family fun center and Magic Mountain. In addition to that, the committee has usually formed later in the year and they would always miss the deadline for Disneyland and other venues.

Mickee Collins, this year’s Grad Nite Chair, decided to finally dig deeper into this myth and bust it once and for all. In her digging she found an article in the Tiger Newspaper written by Luka Douridas in 2011, which dispelled the myth. Unfortunately the facts never got traction and so the myth persisted. In his enlightening article Douridas uncovered that in 1957, a tragic car accident involving SPHS Seniors returning home from a graduation night party, prompted SPHS to create an organized event on the evening of graduation to keep senior students safe and to provide a bonding experience for the graduates. They also decided they did not want to go to Disneyland but wanted to keep it local and something unique to SPHS.

But who knows where or how the urban legend of “the ban” began? It most certainly is a cautionary tale of just how powerful rumors can be; when repeated over and over again, it becomes accepted as fact.  This particular urban legend had not yet met Mickee Collins, a dedicated South Pasadena resident and volunteer with a background in production and event planning. Collins called Disneyland directly and was informed there was indeed no ban, never was a ban and there was never an incident. Collins and the entire committee then set about arming themselves with all the information and planning they possibly could to make this happen.

Disney’s Grad Nite is now held at California Adventure and the Seniors get the whole of the park to themselves from 9pm-2am on the evening of their graduation, June 5th, 2018. And it was no easy task to secure that specific date, as there are only certain days of the week available. Because it is such a popular event, Disneyland has now instated a reservation system that operates much like rock concert tickets, where you register and then at a designated time you sit at your computer hitting your refresh button until you get in. Karie Reynolds was the intrepid parent who manned her computer on September 13 at 10am, along with Collins, and got SPHS in after about a half hour. Kudos to Reynolds, Collins, and all the dedicated parents on the Grad Nite committee for all they have done and are doing to ensure a terrific Grad Nite for the Class of 2018 from securing buses, providing chaperones to managing publicity and ticket sales.

The committee made the dramatic reveal at a Senior assembly on Friday, October 20, by first giving out Starbucks gift cards to the Seniors who answered  previous Grad Nite trivia questions and then, with “When You Wish Upon A Star” playing in the background, ASB members turned over bright orange signs that said, “YOU’RE GOING TO Disney’s CAL ADVENTURE!” which was met with thunderous applause. Senior Nicole Srisutham said, “I’m really excited for grad nite! I think a lot of students are especially excited since they weren’t expecting to have it at Disneyland. It’ll be different from our traditional ones since we will be able to go on the rides and actually be able to have it on the day of our graduation. The student response to the announcement was very energetic and thrilling!” Echoing that sentiment is Senior Veronica Lutz who tells us, “I’m just so excited that it’s at Disneyland California Adventure because I grew up going to Disneyland and watching Disney movies so it seems sort of nice and sentimental to end this chapter of our lives.”

Said Mickee Collins after the assembly, “getting to stand in front of the 390 Seniors today and telling them they are the first class from SPHS in 50+ years to go to a Disney theme park was an awesome feeling. I’m also glad Karie Reynolds was faster at hitting “enter” than me!”

Save the date cards will be going out through ASB and tickets will go on sale soon. The committee has secured reservations for the entire class to be able to attend and all are excited about this year’s Grad Nite and the final busting of a South Pasadena urban legend! 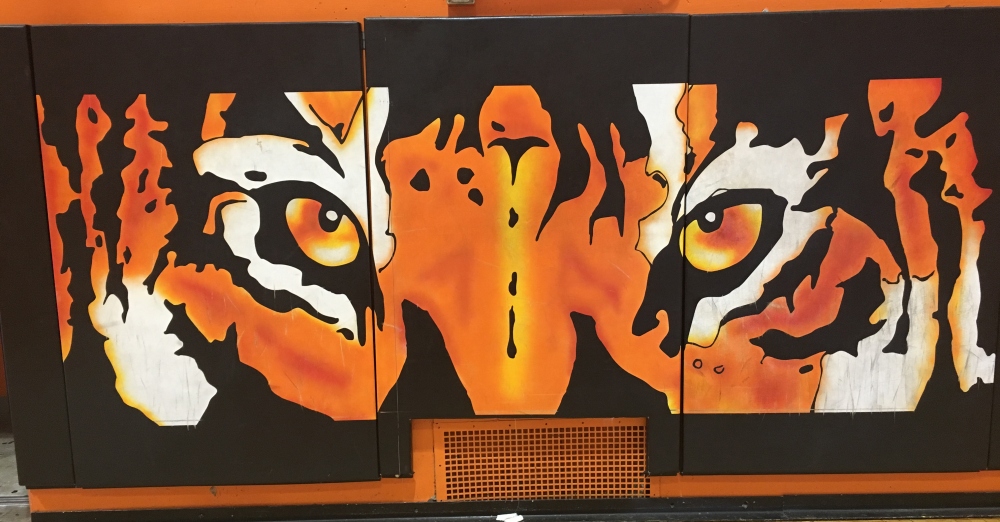