Come on out with the kiddies for a very special Storytime with Julian, Saturday September 16, at Flintridge Bookstore in La Canada to celebrate Curious George Day! The fun starts at 10:30am with a special craft activity and appearances by Curious George and the Man in the Yellow Hat!

Curious George was created by H.A. & Margret Rey and tells of a little monkey’s adventures that start with him being brought from his home in Africa by “the Man in the Yellow Hat” to live in a the big city. First published in 1941, Curious George has been capturing the hearts and minds of readers for throughout the world for over seventy years. All the books, including the seven original stories by Margret and Hans, have sold over 25 million copies. So popular that his original story has never been out of print, George has become one of the most beloved and most recognizable characters from children’s literature. His adventures have been translated into many languages including Japanese, Afrikaans, Portuguese, Swedish, German, Chinese, Danish, and Norwegian to name a few. 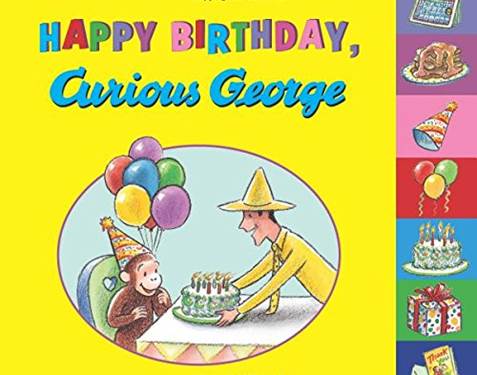 Flintridge Bookstore & Coffeehouse is independent and community driven, serving the La Canada and surrounding communities since 2007. Located in the beautiful clocktower building at the corner of Foothill and Chevy Chase, they offer a wide variety of books, gifts, toys, periodicals, stationary, and greeting cards. They also have really cool, on-demand book printing on an exclusive Espresso Book Machine. Be on the lookout for our special feature all about it. They have terrific events year round so stay tuned for more author appearances, book clubs, poetry readings and more. The in-store coffeehouse is light and airy and has wi-fi access. Not a bad way to spend an afternoon.