In the video, one of the suspects is shown brandishing a knife and attempting to stab one of the business owners of Vana Watch and Jewelry at 1401 Mission Street. A brief struggle ensued between the two but it appears no harm was done to the owner.

Following the robbery attempt at approximately 10:54 AM, the two suspects ran out of the store, chased by employees, one of which can be seen wielding a pistol in self defense.

Police say the suspects left the scene in a green Chevy Malibu. 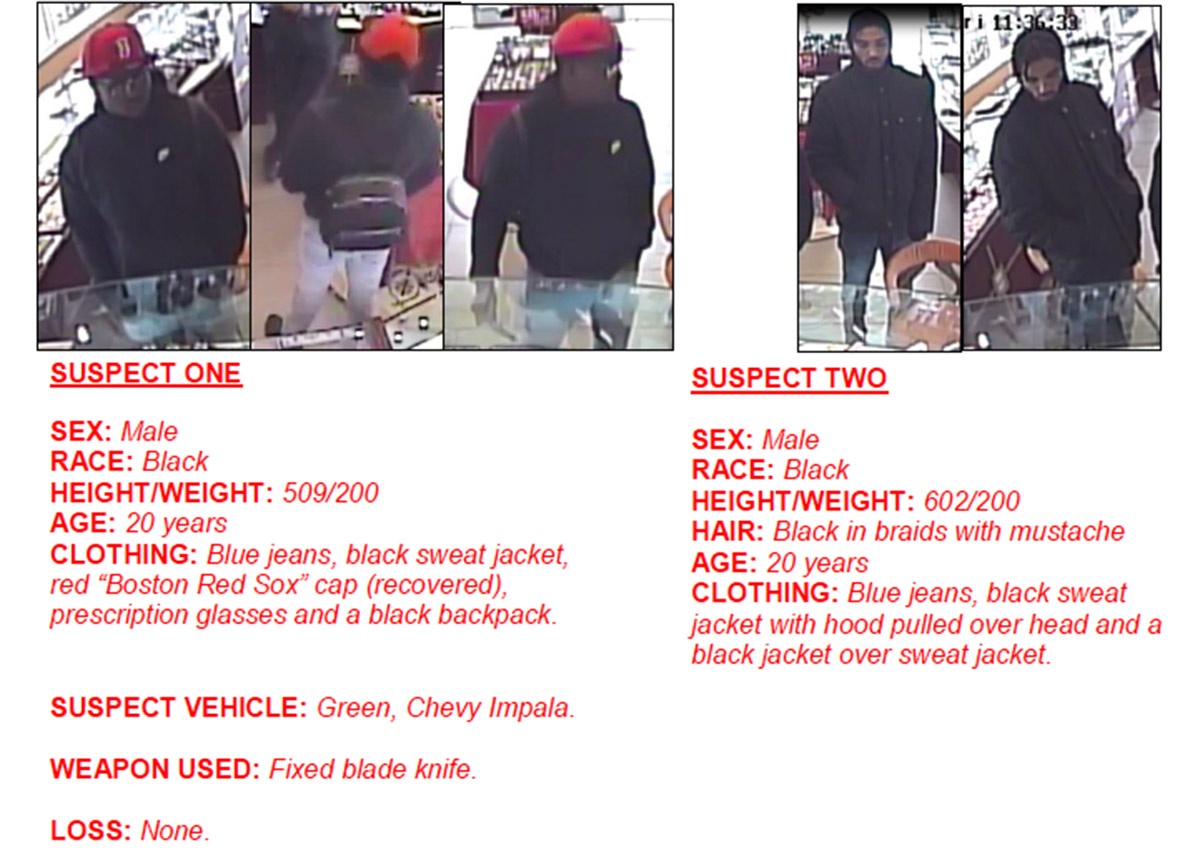