AEG, the world’s leading sports and live entertainment company, announced on Tuesday they will put the Amgen Tour of California race on hiatus for the 2020 racing season.

The Amgen Tour of California challenges the world’s top professional cycling teams to compete along demanding courses that traverse hundreds of miles of California’s iconic highways, byways and coastlines each spring. It wasn’t long ago that the prestigious bicycle event had a leg in the race from South Pasadena to Santa Clarita as Mission Street in the city was full of spectators and excitement to match.

“This has been a very difficult decision to make, but the business fundamentals of the Amgen Tour of California have changed since we launched the race 14 years ago,” said Kristin Klein, president of the Amgen Tour of California and executive vice president of AEG Sports. “While professional cycling globally continues to grow and we are very proud of the work we have done to increase the relevance of professional cycling, particularly in the United States, it has become more challenging each year to mount the race. This new reality has forced us to re-evaluate our options, and we are actively assessing every aspect of our event to determine if there is a business model that will allow us to successfully relaunch the race in 2021.”

The race has become California’s largest annual sporting event, contributing more than $3.5 billion to the state’s economy over the years. Each year since 2006, the cycling road race has showcased some of today’s best known and most decorated international cyclists, including numerous World, Olympic and National Champions. The international competition also carries the distinction of being the only U.S.-based event that has both its men’s and women’s races listed on the UCI WorldTour calendar while being the only event of its kind that concurrently produces men’s and women’s stage races that offer equal prize money.

“On behalf of USA Cycling, I would like to thank AEG, Kristin and her team for providing an outstanding showcase for the sport in America and for our American Athletes,” said Bob Stapleton, chairman of USA Cycling. “We stand ready to help rally additional support and resources in the hopes of resuming this event in 2021.”

The competition has also been praised for creating a global platform to feature current and next-generation U.S. cyclists, showcase the picturesque state of California, introduce the sport to millions of new fans and promote cycling as a healthy lifestyle.

“We would also like to extend our sincere thanks to Amgen for their incredible support and partnership from day one,” Klein said. “We are proud to have stood together with them to create this amazing legacy.”

Op-Ed | South Pasadena Was Right to Say No to the 710, It’s Time to Say Yes to Housing

Not Too Late to Sign Up for SPTOR Golf Tournament | Saturday, July 31

20 Years in The Making | A Stop Sign on Oak & Meridian

Cynthia Erivo Sings With The LA PHIL at Hollywood Bowl 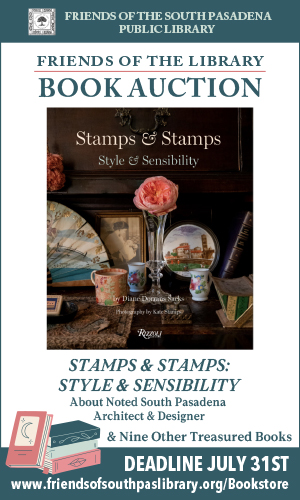