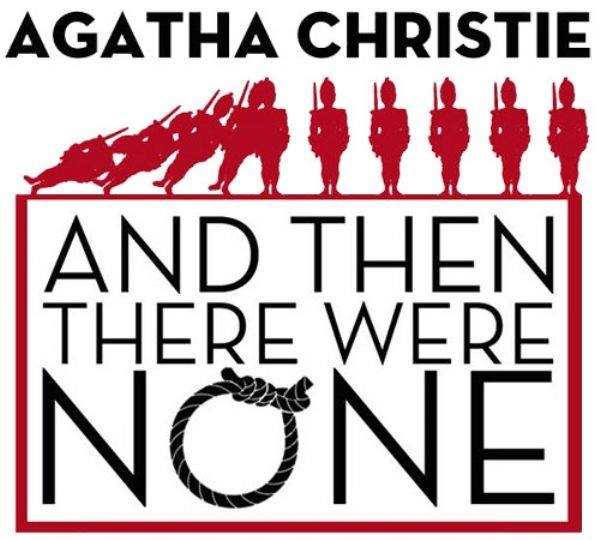 South Pasadena, CA: Agatha Christie’s best-selling novel (in fact, the best-selling mystery novel of all time) And Then There Were None takes the stage in January at Young Stars Theatre.  Christie herself adapted the novel to stage, and the result is a classic piece that has been brought to life thousands of times in the nearly 80 years since the novel’s original publication.

In the story, ten strangers are summoned to a remote island. All that the guests have in common is a wicked past they’re unwilling to reveal and a secret that will seal their fate, and each one has been marked for murder. As the weather turns and the group is cut off from the mainland, the bloodbath begins and one by one they are brutally murdered in accordance with the lines of a sinister nursery rhyme.

In over 20 years and more than 100 shows, this is YST’s first time producing a murder mystery.  The show’s director, Jack J. Bennett is very excited. “I’ve wanted to do something like this for years, but the timing was just never right.  Well it finally is!”  For this show, YST once again offers a choice of two casts – with a slight twist.  This time, one is a youth cast and the other is an adult cast! YST has often done this kind of casting before, but it has been almost 2 years since the last time.  So take your pick and enjoy this suspenseful good time at the theatre!

And Then There Were None opens on January 18th, and runs just three weekends, closing February 3rd for a total of 12 performances, 6 adult cast and 6 youth cast. For audition info, showtimes and ticketing, as well as more info about YST, you can go to www.YoungStarsTheatre.org 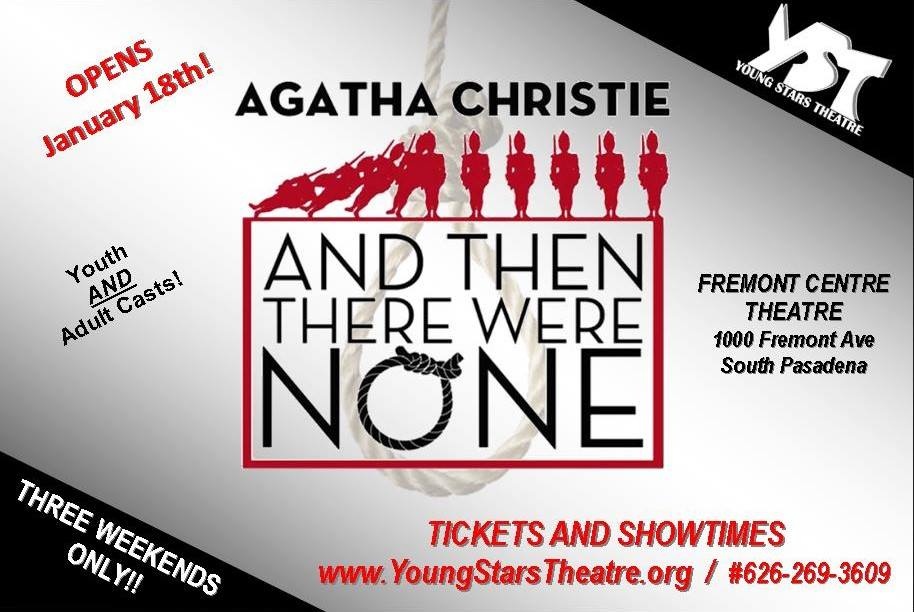