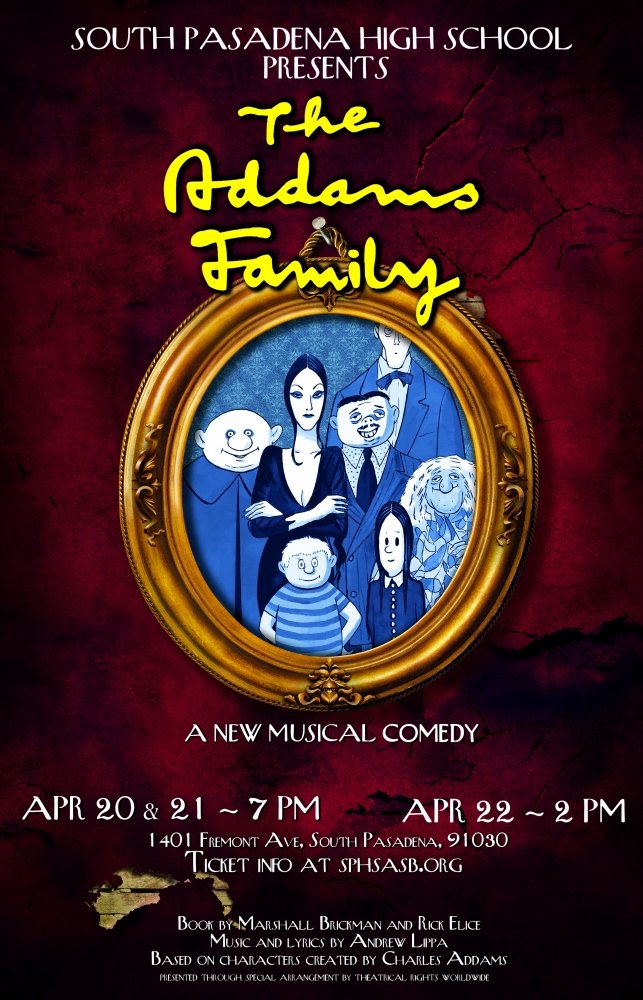 The iconic, morbid, and hilarious family is coming to South Pasadena! This April 20-22, the SPHS Drama Club will present The Addams Family, a new musical comedy that begins as another wacky adventure from this crazy family and ends as a heartfelt story about facing your fears. After a successful Broadway run and with catchy songs, great dance numbers, and terrific costumes, The Addams Family has become one of the most popular touring shows in the country.

The Addamses have a problem: Wednesday Addams, the “charming, irresponsible bundle of malice” has fallen in love with a normal boy from a sensible family. In the tradition of stories like You Can’t Take it With You and Meet the Parents, The Addams Family follows what happens when the sensible, midwestern Beinekes come to dinner at the Addams’ mansion in Central Park and meet Morticia, Gomez, Uncle Fester, Pugsley, Grandma, Wednesday, the Frankenstein-like Lurch, as well as The Ancestors, spirits from the recently departed to the very first, stone-age, Addams. When the families come together, chaos ensues, or in the gleeful words of Fester:  “secrets exposed, marriages threatened, delicious anarchy!”