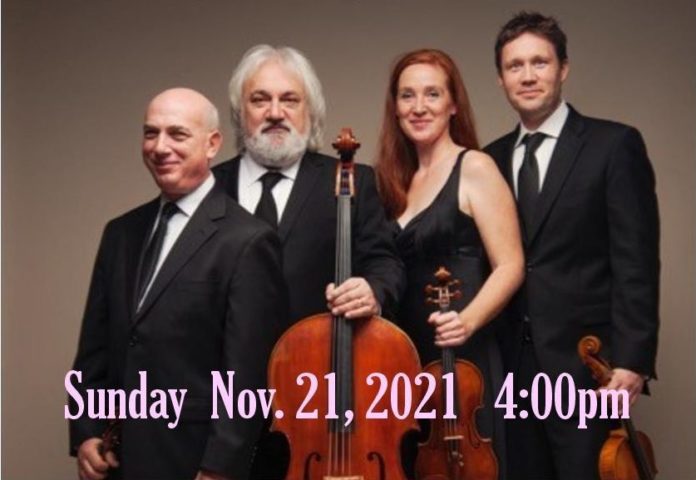 The South Pasadena Friends of the Library is pleased to announce our next Restoration Concert on Sunday, November 21st at 4:00 p.m. featuring the New Hollywood String Quartet.  The program features “Things Unseen” by Jeff Beal and Dvorak String Quartet in F Major Op. 96 “American Quartet. Tickets at the door are $20. The concert is being held at the Library Community Room at 1115 El Centro St. in South Pasadena. Proof of Covid vaccination and valid identification must be shown at the door and masks must be worn at all times.
The New Hollywood String Quartet had its debut concert in Los Angeles on Jan. 9, 2001 and has been performing to critical acclaim ever since. Inspired by the great Hollywood String Quartet from over half a century ago, the current members of the NHSQ are likewise premiere performers of their generation. Individually, and together as one of the top string quartets in Southern California, they are well known guests at many of the most prestigious concert series in Los Angeles and its environs.
Series tickets for the remainder of the season (six concerts) are now available for $72.   They can be purchased online: https://www.friendsofsopaslibrary.org/restoration-concerts  For additional information, email restorationconcerts@gmail.com.
The Restoration Concerts Committee, a committee of the non-profit organization, The Friends of the South Pasadena Public Library, has a goal to bring world-class music at an affordable price to the concertgoers in South Pasadena and surrounding communities.    As our name suggests, net proceeds from the concerts provide for restorations, enhancements and other benefits to the South Pasadena Library and Community Room. 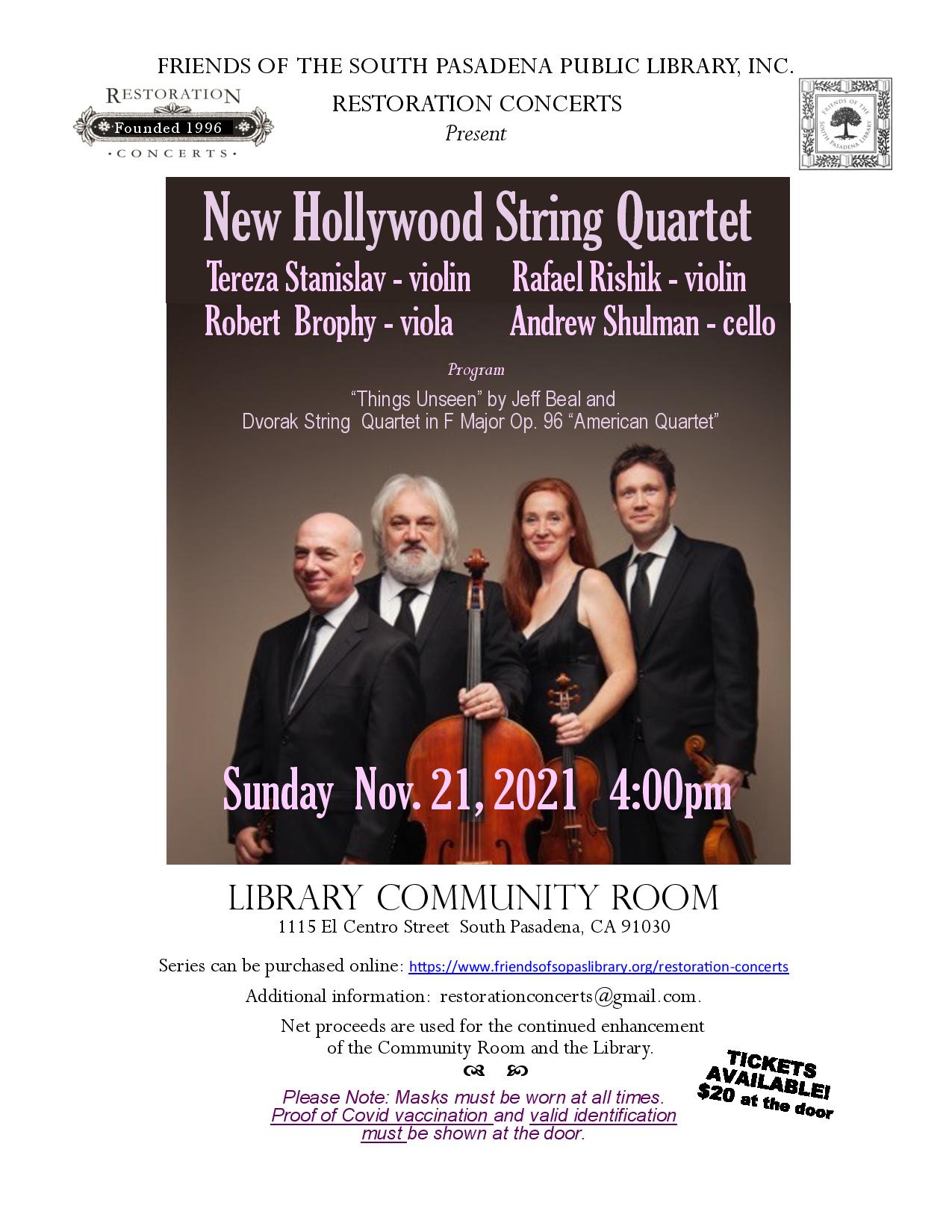