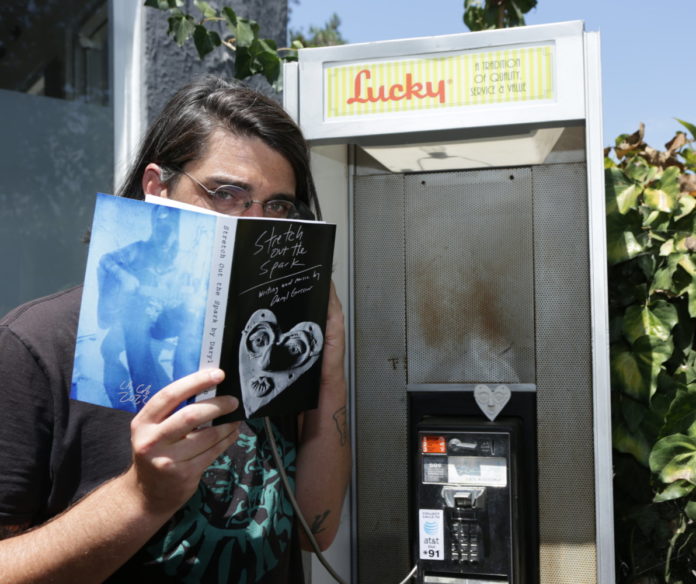 “Stretch Out the Spark” is half Zine and half music album comprised of editorials and columns from locally published Razorcake Zine’s Daryl Gussin. This zine/album wears it heart on it’s sleeve. The writings are written as if Charles Buskowski had empathy and the music falls somewhere between Neil Young and Greg Graffin’s (Bad Religion) folksy albums, specifically American Lesion.

“You can pretty much blame Akihiro Toshima for this entire album. Every outta key vocal, fumbled chord, and half-cocked concept. He asked me to contribute an acoustic track for the Tomoshibi compilation and I was so bogged down in pandemic doldrums I said yes even though I had never really played the acoustic. The idea of something new and self contained was really the only exciting part to me, and so I started chunking away in my room. Re-wrote the music to some lyrics I had written for Marriage Material and recorded it a couple weeks later in the Razorcake Podcast Studio after watching a couple informative Youtube videos on mic positions for acoustic guitar. The end product was maybe something that wouldn’t impress most musician-types, but like I tend to say: at the very least, I impress myself.”

I was really holding my breath from like 2007 to 2020 waiting for a self-sustaining musical experience. Recognition, modest financial gains, the piece of mind that my talents were on par with my heroes. When I finally let that go I was able to think in new ways. The liberating release. I exist in a grey area between musician and not musician, maybe
we can just call it punk, or maybe there doesn’t need to be a word. But all I know is that I’m not a musician. Never was.

With these recordings Daryl really took his “hands off the wheel”. “Whatever I captured is what it was. A lot of first or second takes. This is possibly the danger of recording alone and with minimal knowledge, but it also allowed me to relish in the parts of the process I really enjoy. The “click” of a new song coming together. The satisfying completion of
a new song every month. Grey area stuff.

Side A is about the songs. Read the lyrics and sing along. Side B is background music for reading the other writings to. But most importantly, enjoy as you wish. Pairs well with a refreshing beverage and an undying urge to burn it all to the ground.