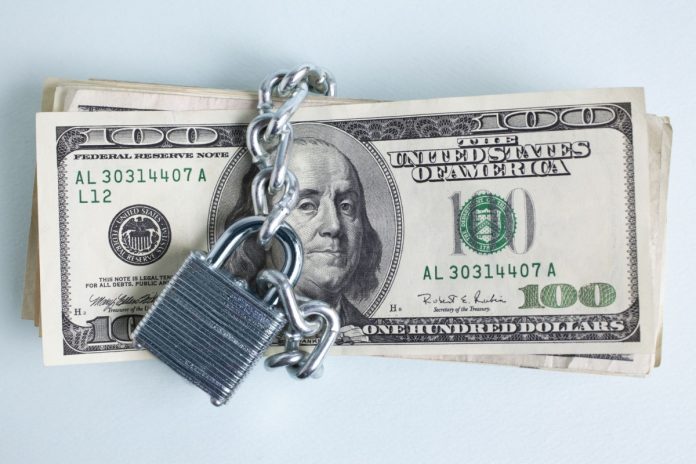 This op-ed was written by John Srebalus

“The Chamber’s not gonna like that,” Councilmember Michael Cacciotti told me outside Rite Aid this past winter when I asked him if he’d heard about our proposal. We were both there picking up prescriptions.

Those words confirmed what I’d anticipated in trying to get a higher minimum wage through City Hall. This was going to be an uphill battle. And how exactly do you get between a legislator and a business lobby that so reflexively rolls off his tongue?

Well, in this case, you don’t.

On May 1st of this year, the South Pasadena City Council finally defeated a draft ordinance submitted by Anne Bagasao, me and a group of local activists. Basically a straight-up copycat ordinance, it would have raised our minimum wage to match that of Pasadena, Los Angeles, Santa Monica and unincorporated Los Angeles County. Out of political necessity, ours went one further and exempted small businesses altogether, rather than apply a smaller increase like those jurisdictions.

Sounds reasonable enough, but City Hall is famous for its doctrine of South Pas exceptionalism, usually in matters of providing for those in our community most in need. If you read one of their letters to Sacramento opposing some bill or another conferring rights or benefits on the homeless or poor, they like to deride the measure as taking a “one size fits all” approach. Allowing homeless people to seek shelter in public spaces and then litigate when swept out might work in Gilroy, but we’re different. Being accountable when our General Plan sets forth the various ways we’re going to create affordable and supportive housing. No, that would be “punitive,” in the words of City Manager Stephanie DeWolfe.

Full-time workers at McDonald’s, KFC, El Pollo Loco, Subway, Panda Express, Rite Aid and company, and a handful of independently owned food service businesses would have earned an extra $200 a month. Part-time workers (many no doubt holding additional part-time jobs), would have enjoyed a significant fraction of that, perhaps allowing the rare luxury of new clothing, a trip to the cinema or a doctor co-pay. This with less than five percent of the South Pasadena-based Chamber of Commerce member businesses having to pay an extra dime.

But there are optics. Has any Chamber ever supported a wage increase, no matter how benign? We met with Executive Director Laurie Wheeler, who didn’t seem to hate it too badly, but who knows what went on in cozy one-on-one communications with Council and city manager? The lobby was reportedly in discussions with DeWolfe, who managed to keep minimum wage off the table for a few months. (Councilmember Schneider, an early supporter of ours, finally muscled a non-voting public discussion onto the April 17th agenda, where it would jockey for a spot in next year’s strategic plan.)

Councilmember Bob Joe stated at the April 17th meeting, the first of two at which discussion was permitted, that he wanted to hear from the Chamber. They were gently tasked with coming back with a report on the impact to their membership. That never happened. The Chamber, having it basically sewn up in their favor, wasn’t about to play bad guy. Although board chair Sam Hernandez did put in some threadbare denouncements at Council meeting number one. When we met with Sam, he floated the idea that the seniors we see behind the fast food counter are working there because they’re bored in retirement. Nice to see you, Sam, gotta go.

Ellen Daigle, Cacciotti donor and proprietor of Ellen’s Silkscreening, erupted in polite contempt when I spoke to her on the phone this past winter. This despite her employees earning far higher than minimum and receiving benefits. She’s anti-regulatory to the core and, as many do, blames low-wage earners for their own plight. She got off the phone with me and swiftly bullied one of our supporters seated in civic affairs and whose name I mistakenly dropped. It’s extremely unlikely she had nothing to say about it to City Hall. It’s a farcical notion in Mayberry, but Ellen’s an oligarch.

The genius of our opposition, led by DeWolfe (masters in real estate development and a $190,000 salary), was positioning our straightforward legislative tweak as a candidate priority for the upcoming strategic plan, a slapdash transcription of broad white-board objectives for the coming fiscal year. As I stated in my February cover letter with the draft ordinance, “A higher minimum wage clearly falls under current fiscal year objective 2a. as it supports the local economy and enhances ‘opportunities for live, work and play.’ Low-wage workers are an essential part of our local economy and deserve the same opportunities for live, work and play as anyone else. At their current wage they can work, but neither live nor play. And their income is income to be spent in our local economy.”

Rather than ignore or kill the wage hike, DeWolfe and her allies on Council buried it among other less “divisive” (Mayor Khubesrian’s word) candidates for the strategic plan. (Slavery was divisive before it wasn’t.) It didn’t stand a chance there, but they could pat it on the head and call it a nice thought that just didn’t make the cut. Don’t get me wrong, they tried to ignore it. We provided the Council with the draft ordinance (February) and 600 pages of studies from both sides of the issue (March). Rather than bother to read any of it, the low-wage slate had City Attorney Highsmith cram on legal Cliff Notes and present five minutes of misinformation and let-me-get-back-to-yas once finally convinced by Schneider to do their effing jobs.

At the same May 1st Council meeting, Khubesrian, in an ugly partisan poop on the democratic process, saved 10 minutes by cutting our supporters’ public comments to two minutes each. And I hate to help her run more effectively roughshod over working people, but she should probably limit her freestyling from the dais. At the April 17th meeting she argued against higher wages for workers by stating that she’s a physician and she works with low-income patients. Is such a sad bid for street cred supposed to do something other than break her hippocratic oath to these folks? Given poverty is a known cause of sickness, she managed to devalue both her professions.

We distributed 800 postcards, mostly door to door in single-family neighborhoods (read: folks the Council cares about). The postpaid cards urged Khubesrian and the Council to pass the wage hike, and we only gave them to supporters who pledged to mail them in. Councilmember Diana Mahmud: “I don’t think that many have come in.” (Joan in City Hall mail distro told me otherwise.) Allowing for attrition conservatively, 600-700 demands reached City Hall, our canvassing records showing five to one in favor, at worst. Disregard for the will of the voters? Sure, but who’s watching?

Cacciotti won his district by 238 votes. Mahmud by 504, but no one ran against her.

Councilmember Bob Joe squirmed between his rock and hard place at the April 17th meeting when his church, Holy Family, came out in support of our ordinance (and went one further by passing their own equivalent wage hike). That’s when he cued crocodile tears, hit pause on the vote, and asked the Chamber to show their skin in the game. But at the May 1st meeting, following crickets from the Chamber, he cast his nay because he didn’t want to hurt his favorite nonprofit, Redesign for Learning aka the Almansor Center. The nonprofit exemption in our ordinance apparently didn’t make his reading list.

A day or three later Joe had lunch with Shawn Prokopec, the new managing director at Redesign. Despite the organization’s central place in Joe’s thinking and voting, nothing related to our five-month minimum wage effort came up in conversation. Had it, Joe might have learned that Prokopec had already directed staff to do a budget study to see if they could swing a wage increase of their own—they wanted to. Prokopec later told me she hadn’t had time to fully review the study, but they will likely go to $13.25 in July voluntarily.

Do I need to remark on the profound irresponsibility of Mr. Joe’s legislating from a place of such cluelessness and disinterest?

It all ended May 1st with Schneider asking the Council for a consolation ad hoc citizens’ committee—presumably our group, whose knowledge and competence on the issue Schneider acknowledged—tasked with doing the legwork ordinarily done by staff when a new measure is under consideration. I appreciate that, but we’d already spent five months spoon-feeding at least as much research as Pasadena needed to act. (When their Council reaffirmed its 2016 minimum wage increase in February, it oddly couldn’t wrap its collective head around the commissioned research of two esteemed Economists, instead going by—here’s one for you—the sustained efforts of proponents and the will of constituents.)

Cacciotti and Khubesrian led the kill on that idea, citing the overabundance of commissions as it stands but mainly just riding the victory lap and wanting rid of this thing once and for all. In the end, we were unofficially “encouraged” to do a second time what we’d already done and they hadn’t bothered to look at.

With matters all over but the crying (and the brokeness), the Council wasn’t interested either in some on-point legal research done by a local attorney and supporter of ours. Khubesrian and Mahmud had made a stand on the unaffordable cost of enforcing a minimum wage ordinance ($20,000 annually by one fair estimate if following Santa Monica’s model). Our friend dug up Huntingdon Life Sciences, Inc. v. Stop Huntingdon Animal Cruelty USA, Inc. and Riley v. Hilton Hotels Corp., two pieces of case law upholding a city’s option to leave enforcement to civil actions taken without the city’s involvement. An employer screws an employee, and the latter sues the former in state court. No cost at all.

The other night I ran into Cacciotti at Pavilions, noting he’s the only one I ever see doing his own shopping. We enjoyed tense civility and small talk after I’d given him crap on the train a few weeks prior. I like Mike, and we’ve gotten along well, although on the train he was shocked that I wasn’t my typical “nice guy.” I guess I view that title differently. Mike’s nice, but some of his broken-paradigm policies aren’t. I came in with a nice policy and objected when he killed it in the name of service not to the public but to something else. I’m not letting him off for that. People are suffering. He could have helped and he didn’t.

I’m holding Mike, Diana, Marina, Bob and Stephanie accountable for the share of hurt happening on their watch. There’s too much stock in nice. I can get it from the good folks at Starbucks, where its warmth is backed by health insurance and college tuition. I demand something more substantial from those we’ve put in office.

READER NOTICE: ‘Op-Ed’ is a platform for members of the public-at-large to express their personal views on current events. The views expressed in these letters do not necessarily reflect the views of The SouthPasadenan.com News, its parent company nexusplex, its affiliates or any of its associates, advertisers, or staff. The SouthPasadenan.com News has no affiliation or attachment to any of the information, content, material, products or services included in the Op-Eds  published and, subsequently, will not be liable for any indirect, incidental, punitive or consequential damages that may incur

Special Screening at SPHS | ‘Screenagers: The Next Chapter’